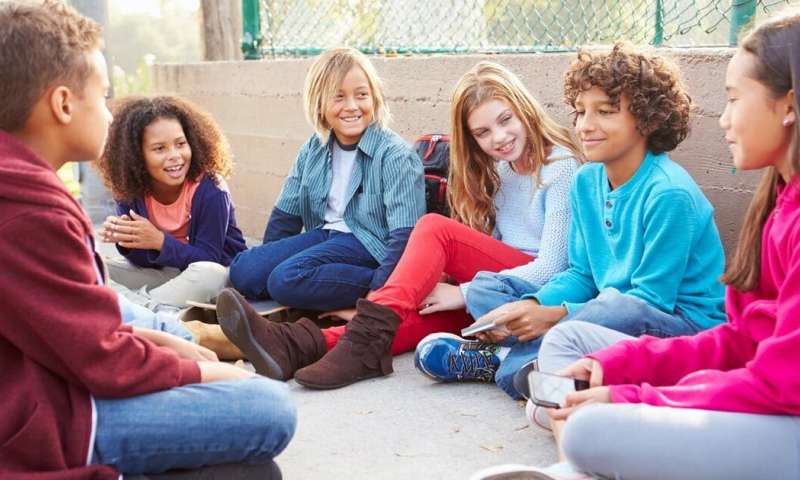 Every parent knows that sometimes your child says something that stops you in your tracks. Such a moment came for one of us, Emma Maynard, when her son Oscar was approaching his year 6 SATS tests at the end of primary school. Despite the school’s best efforts to play down the magnitude of the tests, he was feeling the pressure.

The tempo in school had changed, and he was tuning into some high expectations. Ahead lay secondary school, a melee of teenagers and a whole host of new social pressures. With steely blue eyes set determined, he shot mum a look and said, “Grown ups don’t always get it right, you know.”

This was the start of a conversation in which Oscar had a lot to say about adult decisions, and the place of school in his life. The conclusion was that other friends may feel the same, or have a different view altogether, and that it would be interesting to find out.

As academics, we decided that this could be the basis of an actual research project. Working with our colleague Kayliegh Rivett, we started scoping it out as a child-led research project—with children designing and delivering their own research, analyzing their data and reporting their findings in a research paper. Two years later, the paper has finally been published in the Journal of Qualitative Research in Psychology.

The first step in the project was to gather a group of nine children, already known to Maynard and each other. We did this to ensure that the children had a comfortable and safe environment in which to work. We sent them and their parents a video explaining the project, with child-friendly information and consent forms, and equipped each child with clipboards, pens, voice recorders, drinks and snacks.

We felt strongly that the nature of what Oscar had said reflected the importance of children’s voices in an adult-dominated world. We therefore started with a focus group in which the children thought about the words “grown-ups don’t always get it right.” We did not clarify meaning or context, leaving the children to interpret this themselves, and asked them to find further questions to discuss.

Our first lesson in this venture was to realize how strongly children relate to a classroom – despite being in their friends’ home with Oscar’s mum, they immediately stepped into class mode. We noticed they appeared desperate to give a “right” answer. Excited hands shot up to answer the question, frantically waving, with kids fighting to remain seated. A gush of ideas came forward, with us trying to record every last thought.

Eventually they agreed on five interview questions. These included “What have adults done to make you feel happy/upset?” and “Is there anything that you think adults get wrong and why?”. The nine children then interviewed each other in groups of three, and we stood well back while they chewed the cud on the adults in their lives.

Oscar and Will undertook the analysis with us, and became named authors in the journal paper—the boys could explain the significance of what their peers had said in ways we are certain would have passed us by. We sat, doodled, listened to audio, munched on cookies. We moved back and forth through written and audio recordings, comparing and pondering.

The results show that children believe that adults think they should know everything. But kids know that they don’t—and they are OK with that. This related to big-picture things—keeping children safe, and understanding the world, but also, how to do maths.

“Adults … just need to realize they might have forgotten” said Ben.”Adults can’t think they’re just the best because they’ve already been through their childhood …” noted Jamie. Harry pointed out that “just because they’re older and they’ve already been to school, it doesn’t mean they’ve paid attention in school.” And as Eve said: ” … they say that they were once a child too but because we’re different I think we should be allowed to have our own opinions sometimes.”

They also explained why their childhood is different. It is filled with social media, which the adults complain about—yet it was the adults who invented it and put it into children’s hands, and who reinforce its use every day.

The children also reported feeling that it was hugely important that adults recognize their achievements—explaining why they were so keen to give us the “right” answers. They felt frustrated when teachers picked other students to answer a question, and didn’t give them a chance to show they had a correct response.

The messages conveyed are strong—they are about perfection. Children feel surrounded by perfect bodies, sharp minds, excellent results in school and flawless friendships. Between an overly assessed childhood and such social scrutiny, the pressures on children today are enormous.