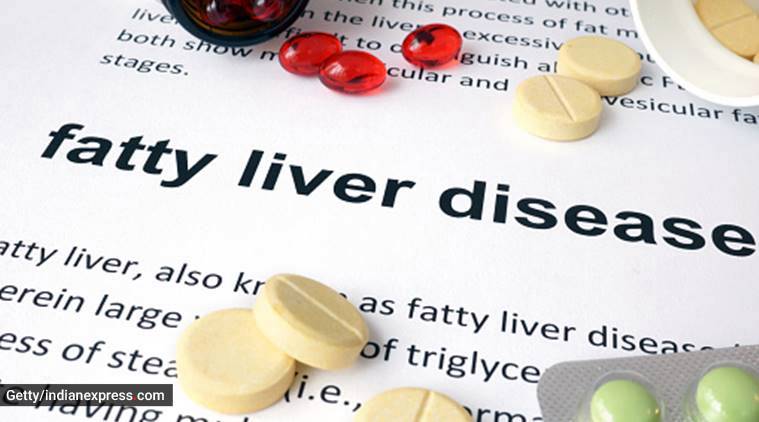 International NASH Day: This underlines the necessity to undergo screening arrest progression into late stages of liver scarring and liver cancer. Once a significant liver scarring process or liver cirrhosis sets in, reversibility cannot be guaranteed. 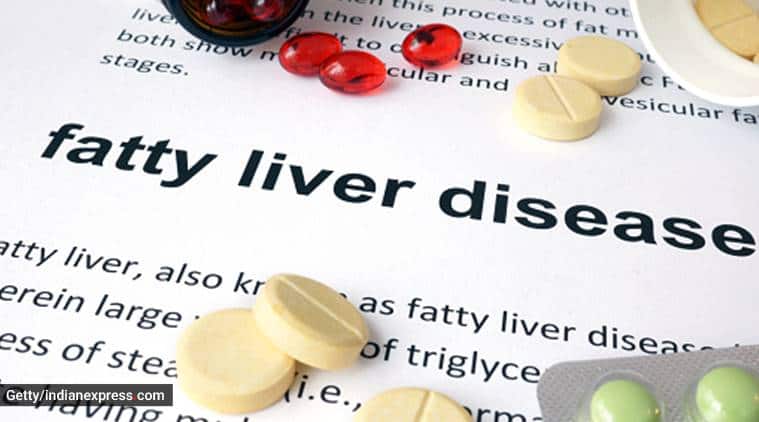 The Indian economy is undoubtedly in its growth phase. People have more purchasing power than ever before. The quality of life has improved, lifestyles are undergoing drastic changes, but paradoxically economic evolution has gifted a few lifestyle illnesses with far reaching consequences and increasing health care burden.

Rising affluence, changes in lifestyle, junk food habits, obesity and rising incidence of diabetes have all contributed in varying degrees to the “lifestyle health crisis”. Sedentary lifestyles clubbed with high liquor consumption is a problem in urban and rural settings in our country. The brunt of attack due to this aberrant lifestyle is borne by the liver, a massive factory performing more than 100 vital functions, cleansing, manufacturing, detoxifying and digestive. The liver has the amazing ability to regenerate, in a short span. This ability is what facilitates living donor liver transplantation; even after removal of up to 65 percent of the organ, the liver grows back to its phantom memory. Despite this robust regeneration power, unhealthy lifestyles have pushed the livers of millions of people to the limit, leading to a silent smouldering epidemic of lifestyle liver disease known as the fatty liver disease.

It is believed that one-third of world population suffers from this ailment, of course with a wide variability in prevalence. In India, Kerala recently reported a prevalence of 49 per cent and a staggering 60 per cent prevalence among obese school going children! Rural Haryana reports 30 per cent, 53 per cent in Chandigarh and 30 per cent in Odisha. This problem used to be reported in the western world two to three decades ago, that too among the affluent. Undoubtedly, it is increasingly being reported in Asia and other developing regions and strikingly has percolated into all socio-economic strata. Does it mean this is a modern world disease? Not at all. Non Alcoholic Fatty Liver Disease (NAFLD) which is associated with diabetes, hypertension and high cholesterol (the trio is known as “Metabolic Syndrome”) evolves out of unbalanced, faulty lifestyle. If the calories you consume and the level of physical exercise you engage in does not match, metabolic syndrome sets in and fatty liver evolves. This certainly is not a modern world disease; Charakasamhita, the ancient Indian medical text written in second century BC has documented this metabolic imbalance quite explicitly.

“People who are gluttonous, those who consume heaps of oily food and those who have aversion to physical exercise, they grow morbidly obese and death comes in the form of diabetes and takes them to the other world. The individual who is following a balanced dietary regimen and a well-balanced lifestyle is said to be leading a healthy lifestyle.”

There are two types of fatty liver disease – NAFLD and AFLD

Fat can accumulate in the liver as part of metabolic processes and up to five per cent fat in liver substance is considered to be normal. Those who consume alcohol regularly invariably would deposit more fat in their livers (Alcoholic Fatty Liver Disease- AFLD). Those who don’t consume alcohol, but engage in faulty lifestyles develop Non-Alcoholic Fatty Liver Disease (NAFLD). This is primarily contributed by mismatch between the food energy we consume and the level of physical exercise which would ideally burn off the food calories. When this process does not happen, excess food calories get transformed into fat and are deposited in the liver. As mentioned above, this lifestyle liver disease is usually seen clubbed with diabetes, hypertension and high cholesterol levels. Recent studies point towards the fact that genetic reasons and racial differences also contribute to the causation of this problem. Specific genes like PNPLA3 have been identified which predisposes individuals to diabetes and fatty liver disease.

What are the consequences of fatty liver disease?

To begin with, bland fatty liver remains silently for one or two decades. Gradually, liver cells (Hepatocytes) get irritated by the presence of fat and the swelling of liver cells takes place (Steato Hepatitis) and ultimately scar tissue (fibrosis) accumulates. This scar tissue formation, when it goes beyond a level, is known as liver cirrhosis. This can lead to liver cancer as well. The point to be noted here is that, the two to three decades progression mentioned above can be largely silent. Once it reaches an advanced level of scarring – either cirrhosis or liver cancer – the disease expresses itself with symptoms. There is no going back from the stage of cirrhosis and treatment modalities at this stage including liver transplantation are expensive. Identifying this problem at the asymptomatic phase gives an opportunity to halt progression or even cure completely. The challenge is to bring such people with asymptomatic Fatty Liver Disease to medical attention.

Silent stage is the ideal time to intervene

Of the three step-by-step progression stages – bland fatty liver, fatty hepatitis and cirrhosis – the first two stages are potentially reversible. A considerable part of the last stage is also reversible or at least the progression to end stage liver disease can be arrested. Reversible initial stages are silent, unfortunately. It is unlikely that a patient who has a silent disease would reach a medical facility. This is a challenge and this underscores the importance of screening programmes which can be done as pre-employment check-ups, routine health check-up packages that are widely available in many hospitals and even may be included in school health programmes. Fatty Liver, as mentioned, is associated with diabetes, hypertension and high cholesterol levels. These are in fact prerequisites for heart disease as well. Hence, heart disease is quite prevalent among patients with non-alcoholic fatty liver disease. Generally, the health of blood vessels is compromised and blood circulation gets affected. This can end in a heart attack as well as a stroke.

Lean NAFLD: is an entity unique to Asia/India. The person may be having normal body weight, or even can be very lean, but his body handles energy metabolism defectively to the extent that he develops diabetes, high cholesterol levels and in due course fatty liver disease. Unfortunately, visibly lean gives a false impression of “good health” and make them seek medical support only at late stages of the chronic fatty liver disease.

Paediatric NAFLD in India: A report from Kannur, Kerala quotes a prevalence of 60 per cent, when it comes to fatty liver disease among obese children. Affluent kids consume aerated sugary beverages and fast food. According to estimates in the last National Health Survey report, Kerala stands second in the country in child obesity while Punjab is at the top. Most western snacks to meals have extra fat in it; cheese-based meals are ideal for cold European and North American climate, but when it comes to the sunny tropics, cheese , pizzas and burgers just make your child heavy. Junk food culture, such as KFC, McDonald, etc, in every nook and corner is taking a heavy toll on liver health of our children by making them obese and inducing fatty liver disease. A point to note here is the fact that food technology behind these junk foods need not always be the same as same brand in the developed world.

Diabetes and alcohol combo add oil to the fire! Excessive alcohol intake has many dire social and medical consequences, including trauma, accidents, abuse, loss of income and a wide spectrum of disease conditions. Liver is the organ in the body that is most intimately involved with the detoxification of the body after excessive alcohol intake, and it is, therefore, the organ that often suffers the most damage. Alcoholic liver disease is the most common cause of liver disease in India. A toxic by-product of excessive alcohol intake is acetaldehyde, which causes damage to the structure and function of the liver, ultimately resulting in liver cirrhosis, a condition with reduced liver function and increased liver pressure.

Can diabetic patients consume alcohol as much as others? Is there an added risk for those with diabetes, regarding turning into cirrhosis? The answer is yes. Those with history of metabolic syndrome (diabetes, hypertension, high cholesterol levels) are already prone for fatty liver disease and, on top of that, alcoholic injury worsens the problem. Development of cirrhosis at an earlier age can be the consequence when those with diabetes consume alcohol.

Chronic liver diseases are largely silent without causing any signs or symptoms in the patient. The damage which happens at liver tissue level through the stages of fatty liver, fatty hepatitis and liver scarring is silent until a very late stage where liver function dips. This entire smouldering injury happens over a span of two to three decades or more. Most of the time in countries like India where screening programmes are not active, liver cirrhosis is detected at a stage when patient needs a liver transplant to survive. This underlines the necessity to undergo screening to detect this silent epidemic and arrest progression into late stages of liver scarring and liver cancer. Once, a significant liver scarring process or liver cirrhosis sets in, reversibility cannot be guaranteed. Needless to say, prevention is the way to go-early detection of the silent liver disease and treatment before permanent damage sets in should be aimed at. Nowadays, it is not uncommon to find youngsters in their thirties developing liver cirrhosis. Alcoholism, which begins in campuses (and even schools!), clubbed with genetically linked lifestyle liver disease namely NAFLD probably is the reason behind this alarming phenomenon. To prevent fat getting accumulated in the liver or to prevent the liver cells getting swollen up and consequent laying of liver scarring, as of now we don’t have effective medicines invented. More than 10 medicines are in various stages of drug research, but at the moment lifestyle modification is the way to go. Regularising one’s lifestyle is the mainstay of treatment. Carry out food auditing, avoid overeating, and engage in regular physical exercise are the strategies.

Matching food intake with one’s level of physical exercise is the key. Prevention is better than treatment. Once advanced liver disease like cirrhosis and liver cancer sets in, various treatment modalities including liver transplantation can be prohibitively expensive. Lifestyle modification at the silent phases of the disease is inexpensive and curative. Public health education, which should ideally start from schools where we should focus on balancing lifestyles. Importance of physical exercise should be given ample stress, with 40 minutes of aerobic exercise, either brisk walking, cycling, jogging or swimming. Food auditing should be introduced at the school level itself. In the diet, reduce the amount of carbohydrate and maintain moderate amount of fat, avoiding saturated fat with adequate protein is what is known as a balanced diet. As part of global consumerism, we have most of the global cuisine available in our shopping malls and markets. Each food item purchased should be scrutinised regarding the nutritive value and composition which is mostly available in the package insert/label.

📣 The Indian Express is now on Telegram. Click here to join our channel (@indianexpress) and stay updated with the latest headlines

For all the latest Lifestyle News, download Indian Express App.