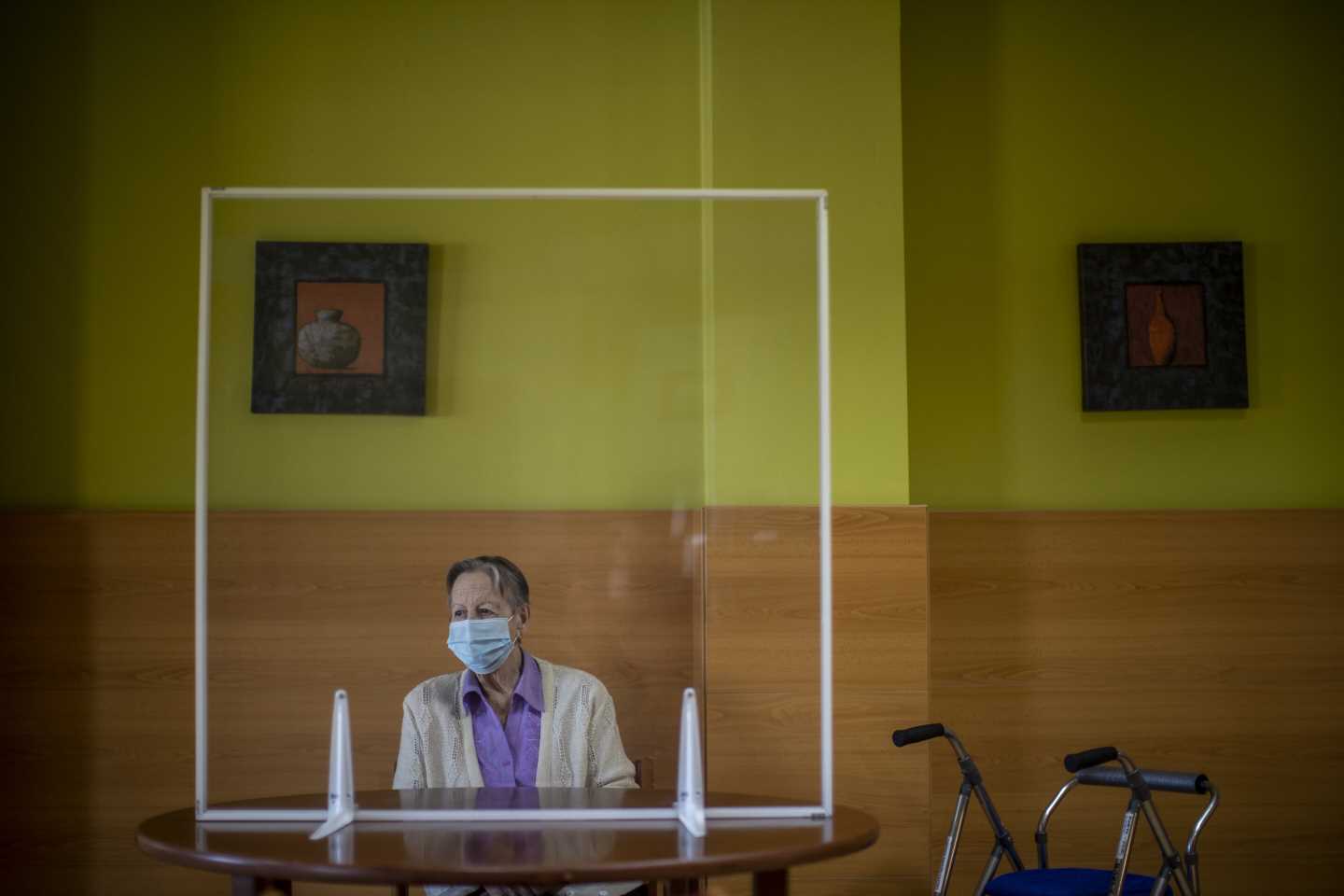 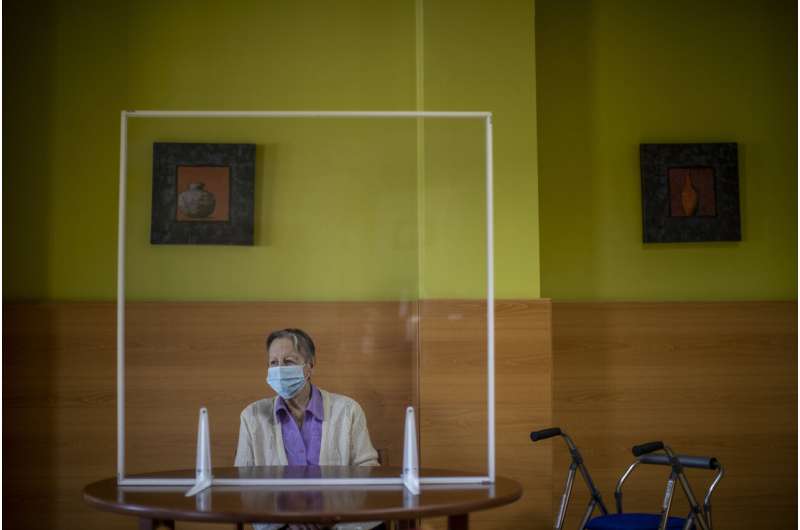 Chafing under Spain’s sluggish vaccination rollout, regional health authorities and doctors are urging the central government in Madrid to widen the categories of people who can receive the AstraZeneca coronavirus vaccine.

While other European countries like Germany, France and Italy have expanded the use of vaccine made by the British-Swedish company to include more elderly patients, Spain has stuck with administering it to those 55 and under.

But critics say Spain’s reluctance to use AstraZeneca, combined with shipment delays of all three vaccines authorized for use in the EU, is threatening to leave vulnerable people exposed. The EU so far has approved vaccines from Pfizer-BioNTech, Moderna and AstraZeneca, which all require two shots per person, and its regulator, the European Medicines Agency, is considering whether to approve the one-shot Johnson & Johnson vaccine on Thursday.

The Pfizer-BioNTech and Moderna vaccines are currently going to those over 80 years old in Spain, while essential workers 55 and under like teachers and police officers are getting AstraZeneca jabs.

“That has greatly compromised our vaccination strategy, ” regional health authorities in Catalonia said Wednesday. “There are, for example, teachers and police officers over 55 years old who still don’t have a chance to get a vaccine, while their younger colleagues already do.” 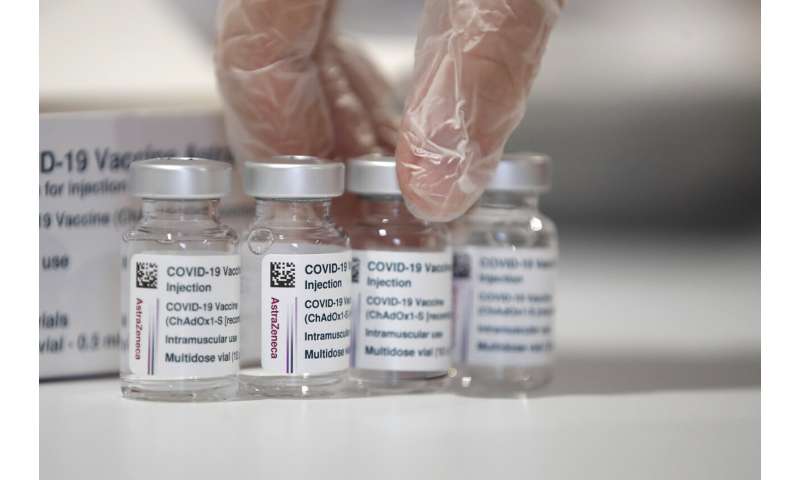 When the first coronavirus vaccines arrived in January, Spain’s government pledged to have vaccinated 70% of its adult population by the summer. So far, only 1.4 million of Spain’s 47 million residents have been inoculated.

Catalonia and other regions, including Madrid, say a lack of doses is slowing down their efforts. Spain has administered fewer than 700,000 of the 1.1 million AstraZeneca vaccines it has received.

An independent society of doctors is also recommending that Spain become bolder in its approach to battling the world’s worst health crisis in a century.

“The pace of vaccination in Spain and other countries is very slow, fundamentally due to the shortage of vaccines arriving, but possibly also due to self-imposed stumbling blocks caused by an excess of prudence,” Spain’s Organization of Medical Societies said. 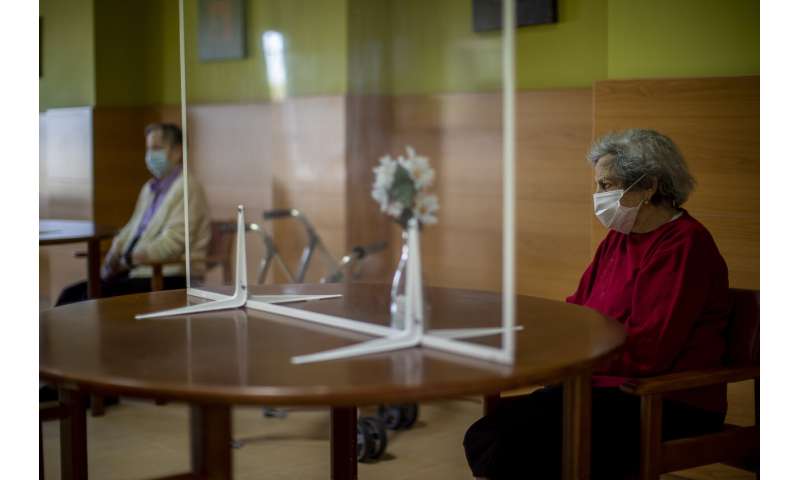 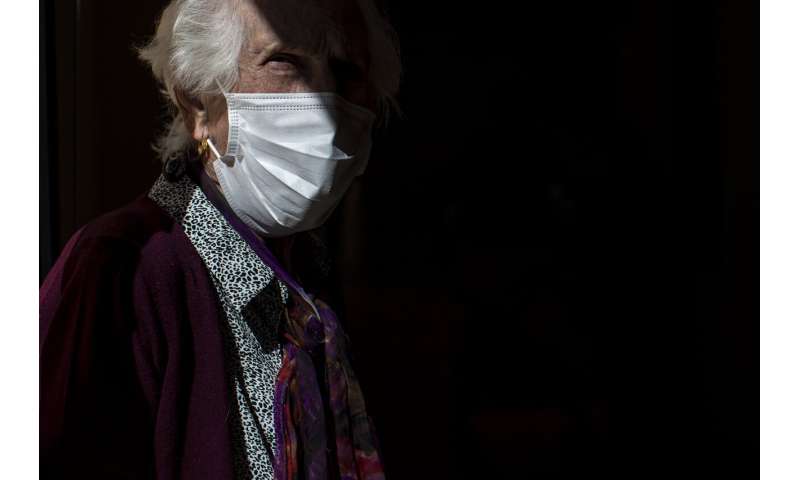 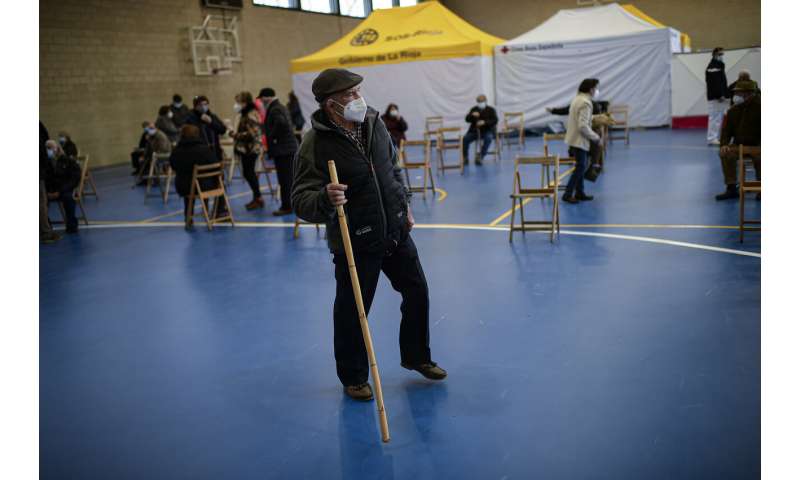 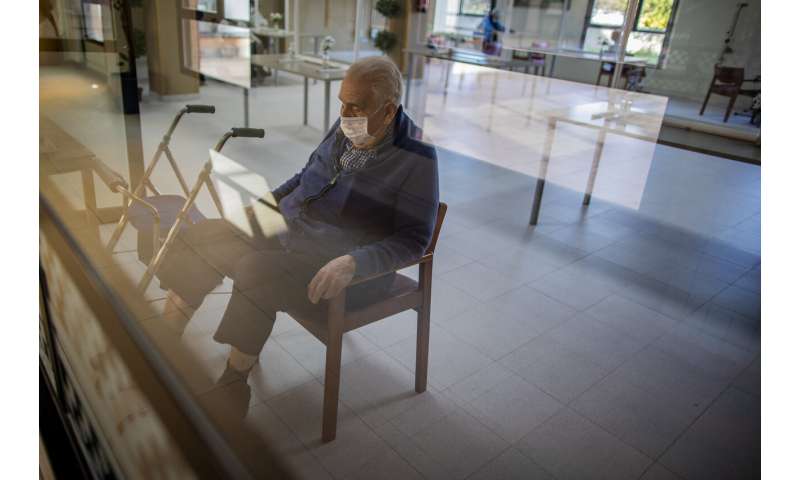 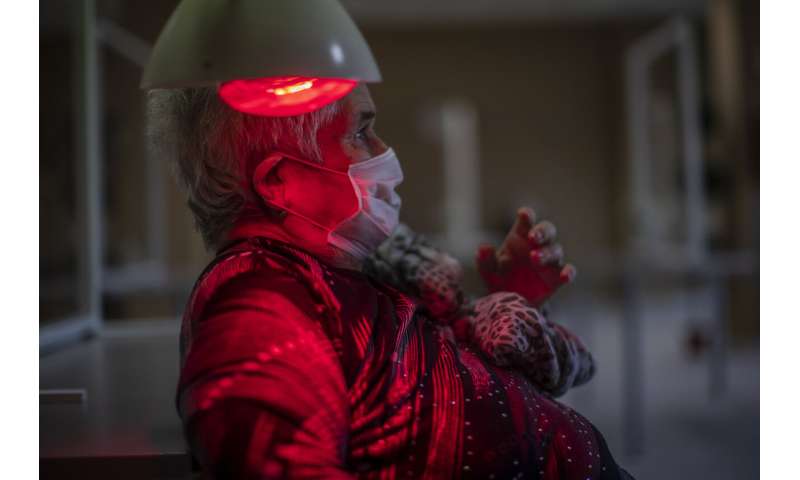 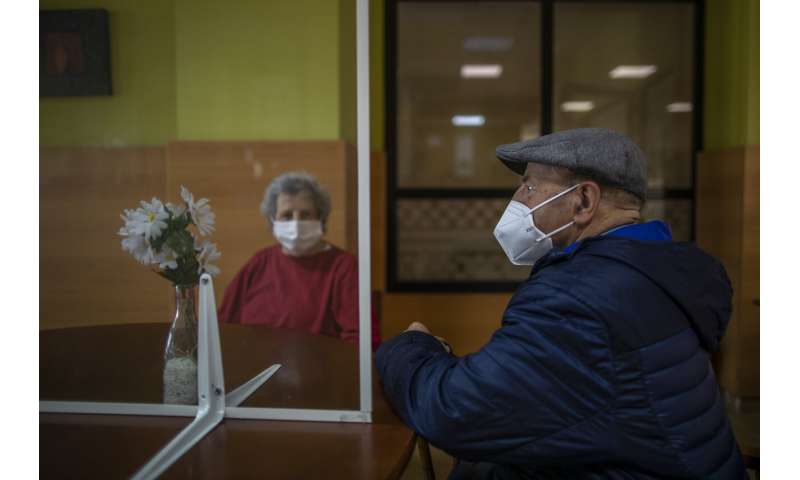 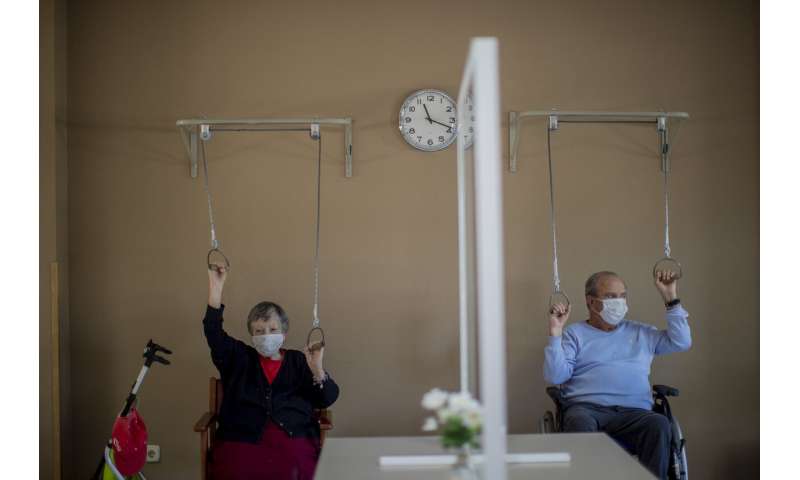 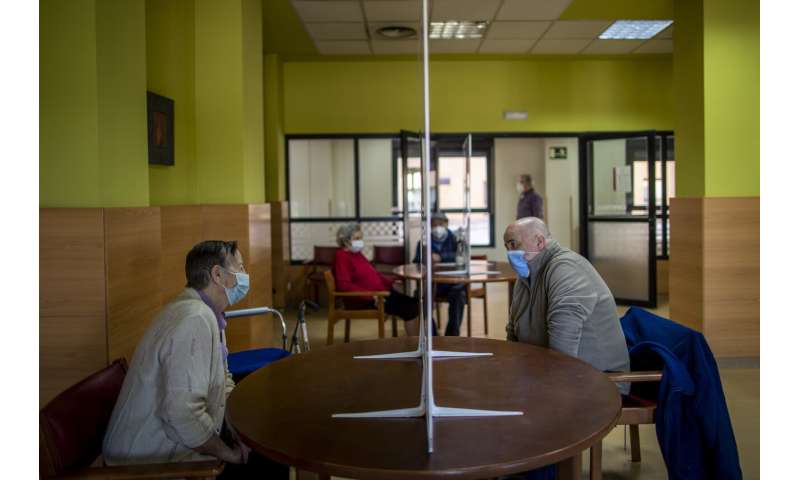 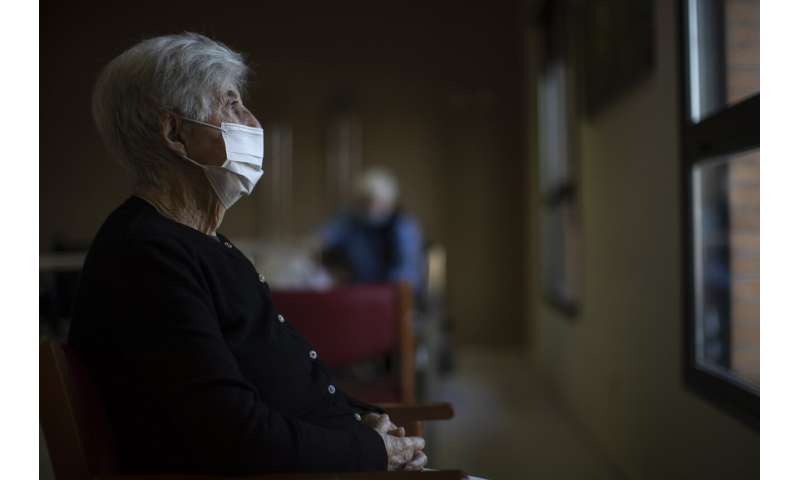 Spain is trying to ramp up its vaccination efforts by holding campaigns for large groups like the one organized Wednesday for 1,800 people over 80 in the northern town of Santo Domingo de La Calzada.

Pilar Ramirez, a 52-year-old caretaker accompanying her 93-year-old charge, said she was happy for the older people who are most at risk but said she had few hopes that her wait for a shot would end soon.