According to research, early dementia patients began to crave more seasoning on their food and that their taste in food had changed in some ways. Described as wanting more strong-tasting foods, the other unusual changes in eating for early dementia patient included wanting to drink more soft or sweet drinks and drinking more tea, coffee or water.

Alzheimer’s.net said: “As most caregivers know, many people who have dementia experience sudden changes in appetite which can lead to appetite loss, weight loss or increased cravings of foods and weight gain.

“Often people with dementia don’t taste food and experience flavour like they once did, which can change appetite preferences.

“Because taste buds are diminished as people age, people with dementia opt for heavy foods or foods with a lot of flavour.” 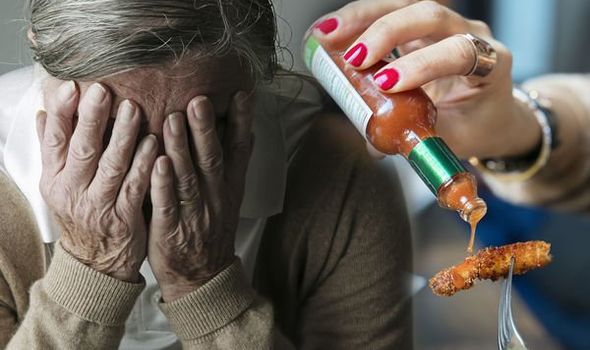 In a study with the US National Library of Medicine National Institutes of Health, the relationship between eating disturbance and dementia severity in patients with Alzheimer’s disease was investigated.

The study noted: “There have been few comprehensive studies including eating habits and food preference in patients with Alzheimer’s disease (AD).

The study found that patients with dementia with Lewy bodies (DLB) had difficulty swallowing and loss of appetite.

Patients with frontotemporal dementia (FTD) and semantic dementia (SD) had an increase in appetite and preferred sweet and strong foods and wanted to eat the same foods repeatedly.

As one gets older, the fewer taste buds they have and the less sensitive they become to taste.

However, by age 70, most have lost about two out of three of the taste buds and as such food often begins to taste bland.

Medications for dementia and Alzheimer’s are also known to affect a person’s taste. 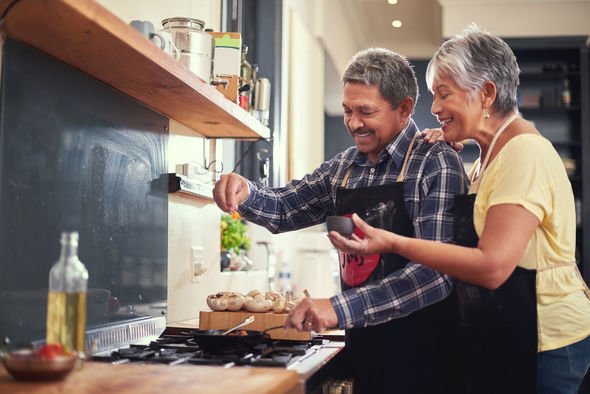 “The first symptom was altered eating habits or appetite increase.

“In Alzheimer’s disease, the pattern was not clear although swallowing problems developed in relatively early stages.”

“A healthy diet is likely to improve a person’s quality of life.

“Not eating enough can lead to weight loss and other problems including fatigue, higher risk of infection and less muscle strength.

“While a healthy, balanced diet is important, in the later stages of dementia the most important thing is making sure the person with dementia takes on nutrition, and a higher-calorie diet may be appropriate.”