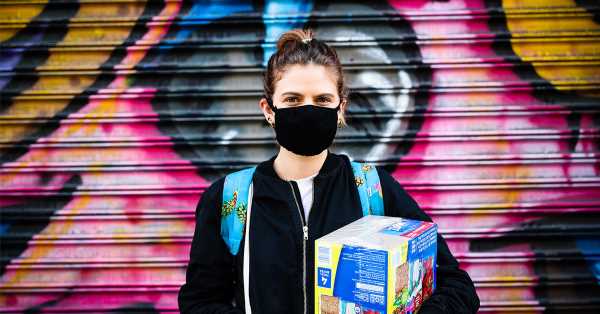 As the new coronavirus SARS-CoV-2 makes its way around the world, there’s been an uptick in predictions that the virus will mutate into something deadlier and become an even scarier threat to humanity.

“Mutation. The word naturally conjures fears of unexpected and freakish changes,” researchers wrote in published in Nature Microbiology in late February. “Ill-informed discussions of mutations thrive during virus outbreaks,” they continued, which is exactly what we’re seeing with SARS-CoV-2.

But mutations aren’t necessarily a bad thing. Every virus mutates; it’s part of the virus life cycle. Those shifts and changes aren’t always a big deal.

In some cases, those mutations may actually lead to a weaker virus. Usually, though, the changes are so slight that there’s no noticeable difference in the disease’s transmission and fatality rates.

The new coronavirus is mutating, but very slowly

The new coronavirus is an RNA virus: a collection of genetic material packed inside a protein shell.

Once an RNA virus makes contact with a host, it starts to make new copies of itself that can go on to infect other cells.

RNA viruses, like the flu and measles, are more prone to changes and mutations compared with DNA viruses, such as herpes, smallpox, and human papillomavirus (HPV).

“In the world of RNA viruses, change is the norm. We expect RNA viruses to change frequently. That’s just their nature,” said Dr. Mark Schleiss, a pediatric infectious disease specialist and investigator with the Institute for Molecular Virology at the University of Minnesota.

SARS-CoV-2 is no exception, and over the past few months it has been mutating.

But the virus has mutated at a very slow pace. And when it does mutate, the new copies aren’t far off from the original virus.

“The sequences of the original isolates from China are very close to those in viruses circulating in the U.S. and the rest of the world,” said Dr. John Rose, a senior research scientist in the department of pathology at Yale Medicine who’s helping develop a COVID-19 vaccine.

The virus mutations, like what’s going around in Italy and also New York, don’t seem to be any more infectious or fatal than the original strain that appeared in Wuhan, China, in late December.

Though there’s the very rare chance a virus could mutate to be more aggressive, if anything, RNA viruses are more likely to mutate into a weaker version.

“Nearly all mutations will make some part of the virus work less well than before. The most common thing is for mutations to appear and die out again quickly,” said Dr. Benjamin Neuman, the head of the biology department at Texas A&M University-Texarkana.

But the characteristics and traits of that original strain and its mutations aren’t vastly different from one another.

What this means for a vaccine

The mutations likely won’t interfere with the effectiveness of the COVID-19 vaccine.

In fact, the slow and mild nature of the mutations is good news for a vaccine.

“The virus is still so similar now to the initial sequence that there isn’t really much reason to think the differences will matter in terms of vaccine,” Neuman said.

Vaccines, in general, tend to target an early version of the virus.

Take the flu vaccine, for example.

“The H1N1 annual vaccine is still using a strain from 2009. It’s the ancestor of the various forms that have come after, and while there are differences now, a response against the ancestor seems to give good results against all the descendants,” Neuman said.

Usually, an older strain of a virus will “preserve enough features” that it will provide immunity against a whole group of variants, Neuman adds.

But the flu virus mutates fast and erratically from year to year.

On top of that, our immune system “has a terrible memory for flu viruses,” Neuman said, noting that the immune response to the flu only lasts around a year before we need to get revaccinated.

Schleiss says a better analogy for COVID-19 is the mumps. For more than 45 years, we’ve had a very effective vaccine for measles, mumps, and rubella (which are also RNA viruses).

“These viruses have not mutated [enough] to escape the protection provided by the vaccines,” Rose said. The same could very well apply to COVID-19.

“It should be possible to make an effective COVID-19 vaccine that will provide long-lasting immunity against this particular virus just as we have for many other viruses that do not change rapidly,” Rose added.

When we finally have a COVID-19 vaccine, it will most likely protect people against the “vast majority of circulating COVID-19 strains for the foreseeable mutations,” Schleiss said.

Even if random mutations do occur down the road, Schleiss believes the worst-case scenario is that we’ll see some breakthrough infections, but we wouldn’t have breakthrough life-threatening disease.

Just how long will immunity last?

Once an infection leaves the body, it leaves markers in the immune system — or antibodies — that can quickly identify and fight the virus if it were to reappear in the future.

Looking back at the SARS pandemic in 2003, had a strong supply of SARS antibodies for about 2 years, providing them immunity against the virus.

After about 3 years, those SARS antibodies tapered off, and people had a higher chance of contracting the virus again.

The timeline with COVID-19 antibodies may be similar.

Within a few years, we’ll hopefully have enough herd immunity — from a vaccine along with natural immunity from so many people getting sick — to have eradicated the disease so reinfection will no longer be an issue.

Even if, years down the road, those COVID-19 antibodies wear off and SARS-CoV-2 makes a comeback, our bodies will still remember the infection and be ready to fight.

“Vaccines confer memory,” Schleiss said. Even if a person no longer has high levels of antibodies because their immunity has worn out, certain cells will mobilize and come into action if they detect the virus.

“The idea of waning immunity is complicated, and it’s more than just the issue of how soon do your antibodies dissipate and disappear after your vaccination,” Schleiss said.

Of course, there’s no way to predict exactly what’s going to happen and how long people’s immunity will last.

The new coronavirus SARS-CoV-2 has already mutated a handful of times, which has many people wondering whether the mutations could lead to a more severe, deadlier disease.

According to experts, the new mutations are extremely similar to the original virus that appeared in Wuhan, China, and don’t seem to be any more aggressive.

Because the mutations are so similar, a vaccine would likely protect people against not only the original strain but new mutations as well.