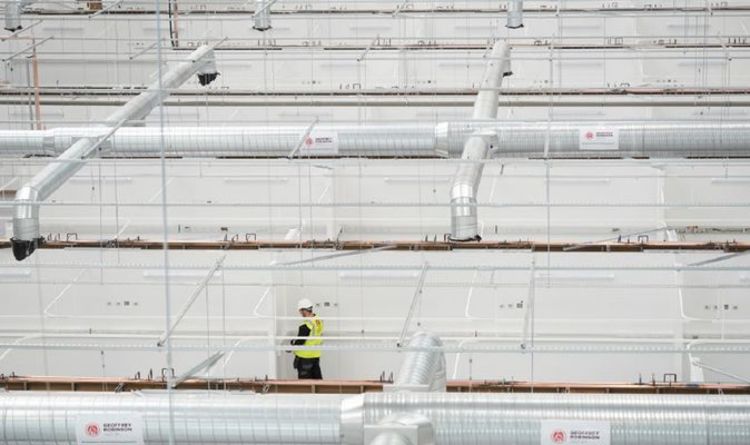 AN emergency NHS Nightingale hospital currently being built in the north-east may never need to open, according to an NHS boss.

The new 460-bed hospital is being built in an empty facility close to the Nissan car plant in Washington, Tyne and Wear.

But it will only open if hospitals in the North East find they are unable to cope with the number of Covid-19 patients.

According to reports Martin Wilson, chief operating officer for Newcastle Hospitals NHS Foundation Trust, said: “I don’t think we will need to open.

“If people can all play their part in social distancing, if a vaccine comes along, my hope is that we don’t need to open.” 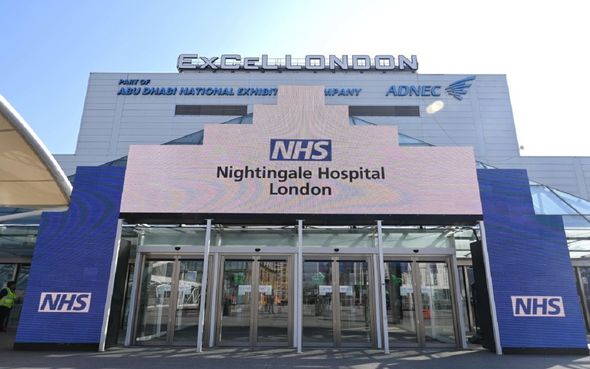 If the unit, which is owned by Sunderland Council, does open, it will be staffed by local NHS trust employees.

The unit was due to be a manufacturing innovation centre used by Newcastle and Sunderland Universities.

Sky News reports that visitors to the hospital will not be allowed to see patients, although there are plans to set up a 24-hour phone line to call for updates.

The temporary hospital is one of six other NHS Nightingale hospitals that have been announced across the UK. 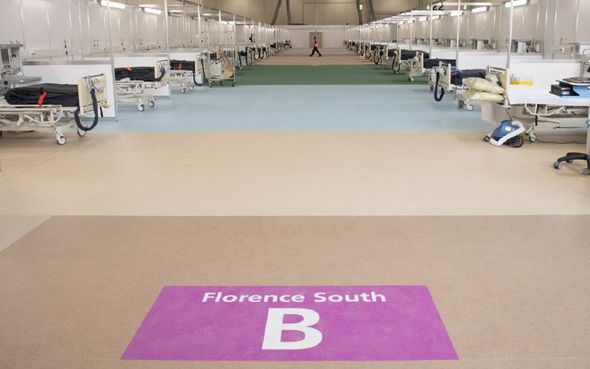 It is understood that there are to be sites in London, Birmingham, Manchester, Bristol, Harrogate, and Exeter, as well as the Tyne and Wear site.

Meanwhile, just 19 patients were treated at London’s huge NHS Nightingale hospital over the Easter weekend as intensive care capacity at London hospitals did not go above 80 percent, according to the Telegraph.

However, the HSJ reports that low numbers of admissions to the temporary site may be influenced by the strict rules on which patients are allowed to be admitted.

These rules reportedly state that the London Nightingale site will receive “lower risk” Covid-19 patients, and frail or elderly patients are less likely to be admitted there.

London’s NHS Nightingale site, based in the ExCel arena, was opened by Prince Charles on April 3 and was the UK’s first coronavirus field hospital.

The London site, which was built in just nine days as an overflow facility for London hospitals, has a 4,000-bed capacity.

And the HSJ reports that existing hospitals have been able to double their ICU capacity.

There have been a total of 93, 873 confirmed Covid-19 cases in the UK and 12,107 deaths, according to the latest government figures. 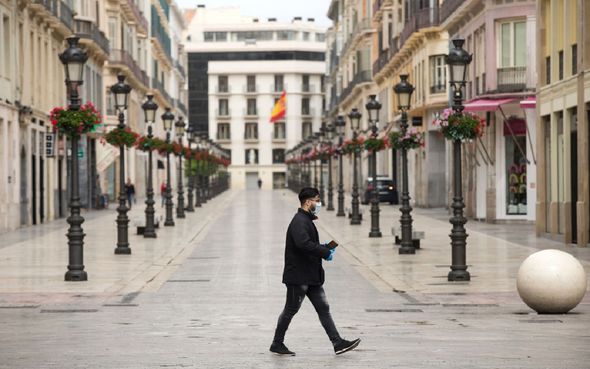 Some countries across the world are beginning to loosen lockdown restrictions as their respective new cases begin to drop.

Sky News reports that Spain reported its lowest daily growth in confirmed Covid-19 infection in three weeks on Monday, while the country has allowed some non-essential workers to return to work.

And today Denmark will reopen schools for young children and day care centres as hospitalisations there continue to full, Reuters reports.

Meanwhile in Austria, some shops including garden centres and DIY stores have been allowed to reopen, as long as strict social distancing measures are in place.