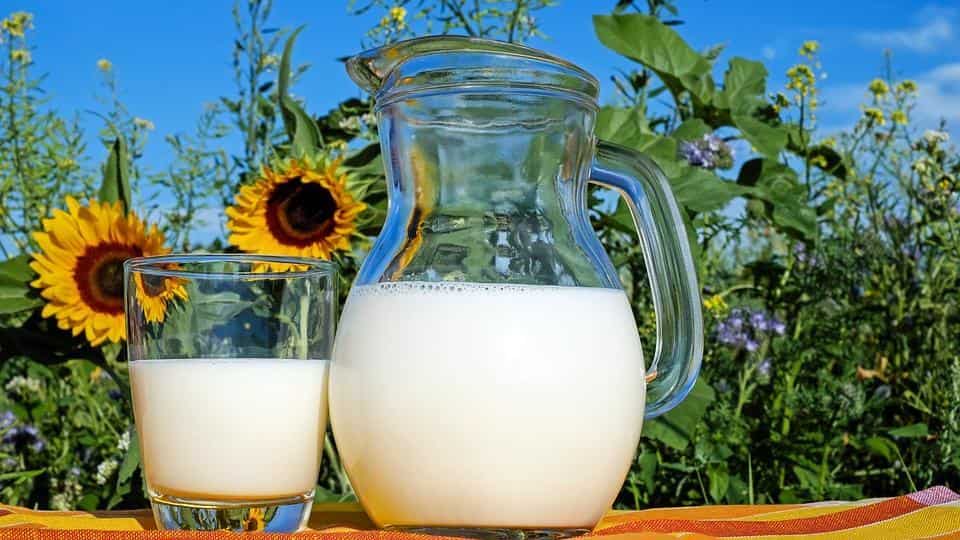 One debate fuelled by the virus is about whether to have steamed buns and congee (porridge) for breakfast, or milk and toast. It’s a serious question in China, where the government is pushing people to drink milk to get more protein, a vital ingredient in building the body’s immune system.

Parents “should prepare enough milk and eggs every morning for your children…no congee should be allowed as breakfast,” said Zhang Wenhong, a doctor at the infectious diseases department at Shanghai’s Huashan Hospital and one of China’s most outspoken critics of the nation’s diet since the start of the Covid-19 outbreak.

Zhang’s view has some serious backing. At this year’s National People’s Congress, China’s annual meeting of parliament, a lawmaker suggested the government should make it a national strategy to encourage every person to drink at least 300 grams of milk a day – about half a pint.

The comments triggered debates on social media about whether milk provides irreplaceable nutrition, whether China’s traditional diet needs more animal protein, and how universal “lifelong milk drinking” will affect food security and the environment. The sudden focus on improving immunity could have global repercussions, from dairy farms in Australia to deforestation in the Amazon, and hurt efforts to curb climate change.

Because of its large population, China is already second to the U.S. in dairy sales and is forecast to take the top spot by 2022. It’s also the third-largest producer of cow’s milk. Yet it has a lot of room to grow. Annual per capita consumption has risen to about 34 liters, according to China’s State Administration for Market Regulation — that’s still a fraction of the 100 liters the average Australian consumes.

By 2025, China’s government expects milk production to reach 45 million tons, 30 times what it was in 1980. That will mean dedicating more farmland to raising and feeding cows, both at home and abroad.

With limited farmland in China, the increase is a global issue. In the three decades to 2010, the amount of corn used to feed livestock in China grew sixfold and the animal consumption of soybeans ninefold. Greenhouse gas emissions from China’s livestock, a major source of methane, more than doubled. That may be good news for Brazil’s soybean growers but bad news for the Amazon. China buys about three quarters of Brazil’s soybeans, a trade that has been blamed for a rise in deforestation.

Programs to promote dairy “will largely counteract the endeavors by China’s government, people and those in other industries to reduce our overall carbon footprint,” said Jian Yi, founder of the Good Food Fund, which promotes sustainable food systems in China. They could have a “catastrophic” effect on the environment, he said.

The rise of big industrial farms has led to water contamination and threats to human health as cows are housed in cramped conditions and routinely given antibiotics and other drugs, according to Mia MacDonald, founder of New York-based non-profit Brighter Green.

Critics of dairy consumption say that the food doesn’t prevent people from getting the coronavirus and that there are other ways to add protein to a diet. Animal welfare groups point to studies that indicate cow’s milk may contribute to health problems such as cancer, diabetes and heart disease.

Such arguments carry little weight in China, where social media sites such as Weibo are full of posts accusing the West of double standards, pointing out that per capita protein consumption is far higher in developed nations.

On Douban.com, a social media platform popular with millennials, a group called “If You Love Drinking Milk, Hands Up” has almost 100,000 members and over 800 chat threads. Some share their favorite brands, others post shopping receipts to prove they drink a liter of milk a day. There are even tips on how to overcome lactose intolerance: “Mix it with the same amount of water; then no problem,” one suggests.

Most of the group’s members grew up in an era since the 1980s when the government was pushing milk in TV ads. But there’s another factor driving dairy’s popularity – social status.

“Having fresh milk delivered home was a symbol of superiority,” said Fan Zhihong, nutritionist and professor at China Agricultural University, remembering her childhood in Beijing. Her family was one of the few who had milk sent to their house because her grandfather was a retired cadre in the 1970s. “Only rich families could afford snacks made from dairy products.”