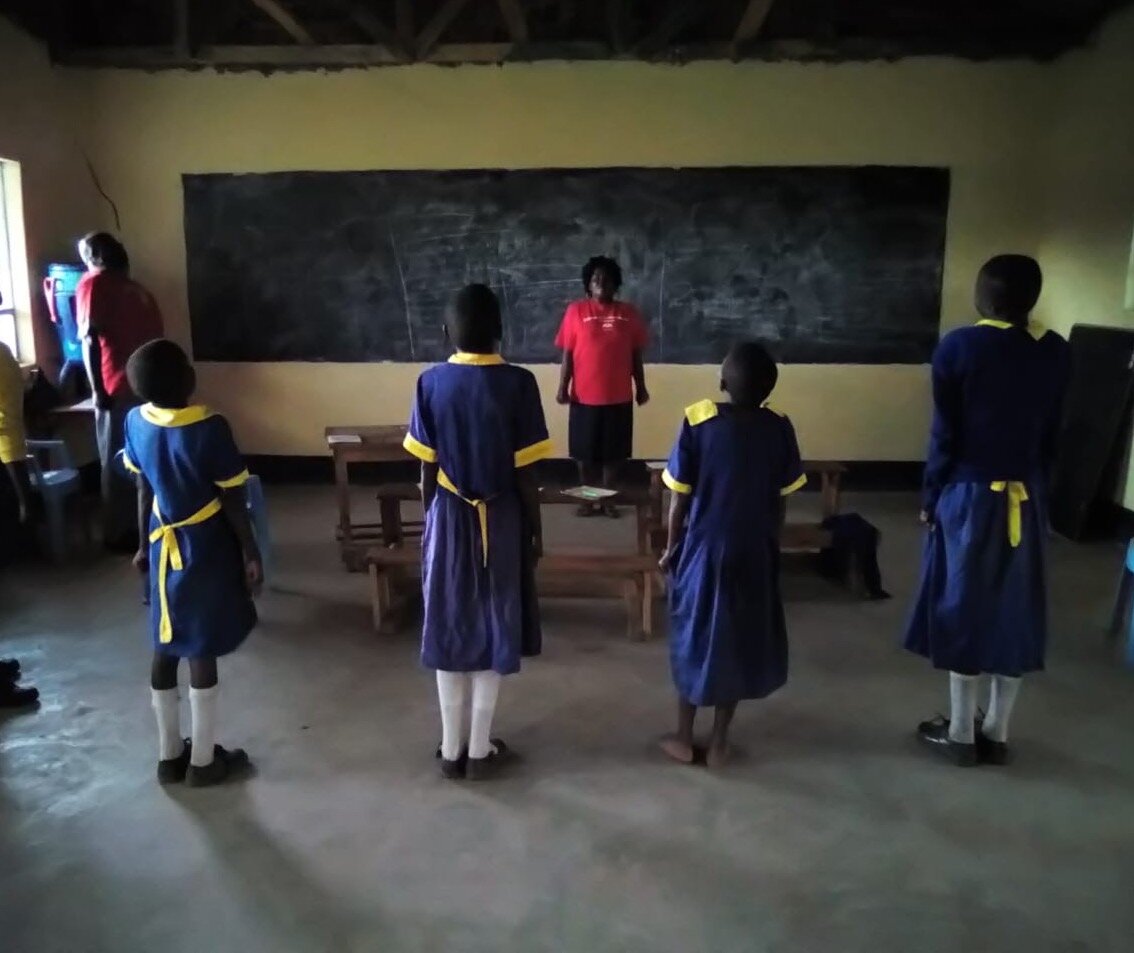 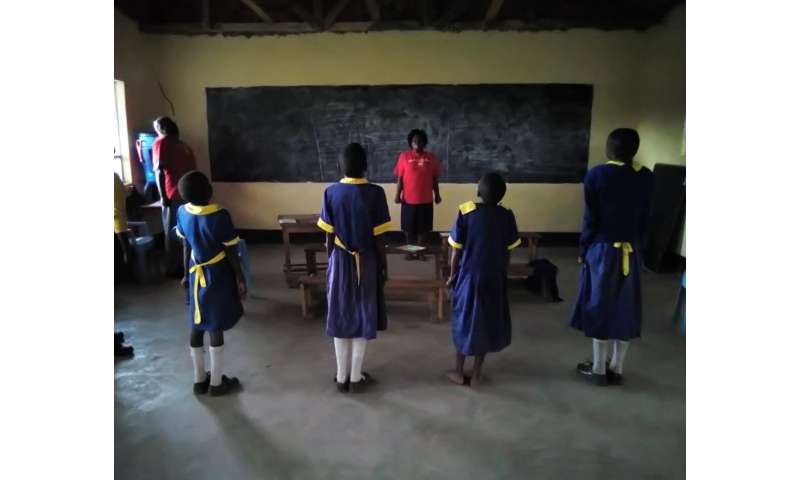 A first-of-its-kind clinical trial involving more than 600 children in Kenya and Tanzania, in which community members were trained to deliver mental health treatment, showed improvement in participants’ trauma-related symptoms up to a year after receiving therapy, new research shows.

Led by the University of Washington and Duke University, researchers trained laypeople as counselors to deliver treatment in both urban and rural communities in Kenya and Tanzania, and evaluated the progress of children and their guardians through sessions of trauma-focused cognitive behavioral therapy.

The study will be published online Jan. 22 in JAMA Psychiatry.

An estimated 140 million children around the world have experienced the death of a parent, which can result in grief, depression, anxiety and other physical and mental health conditions.

In low and middle-income countries, many of those children end up living with relatives or other caregivers where mental health services are typically unavailable.

“Very few people with mental health needs receive treatment in most places in the world, including many communities in the U.S.,” said lead author Shannon Dorsey, a UW professor of psychology. “Training community members, or ‘lay counselors’ to deliver treatment helps increase the availability of services.”

Cognitive behavioral therapy (CBT), a type of talk therapy, generally involves focusing on thoughts and behavior, and how changing either or both can lead to feeling better. When CBT is used for traumatic events, it involves talking about the events and related difficult situations instead of trying to avoid thinking about or remembering them. The approach has been tested before among children, and in areas with little access to mental health services, Dorsey said, but this study is the first clinical trial outside high-income countries to examine sustained improvement in post-traumatic stress symptoms in children over time.

This research built off the work of study co-author Kathryn Whetten, a professor of public policy and global health at Duke. Whetten has been conducting longitudinal research in Tanzania and four other countries on the health outcomes of some 3,000 children who have lost one or both parents. “While concerned with the material needs of the household, caregivers of the children repeatedly asked the study team to find ways to help with the children’s behavioral and emotional ‘problems’ that made it so that that the children did not do well in school, at home or with other children. We knew these behaviors were expressions of anxiety that likely stemmed from their experiences of trauma,” Whetten said. “We therefore sought to adapt and test an intervention that could help these children succeed.”

Africa is home to about 50 million children who have been orphaned, most due to HIV/AIDS and other health conditions. 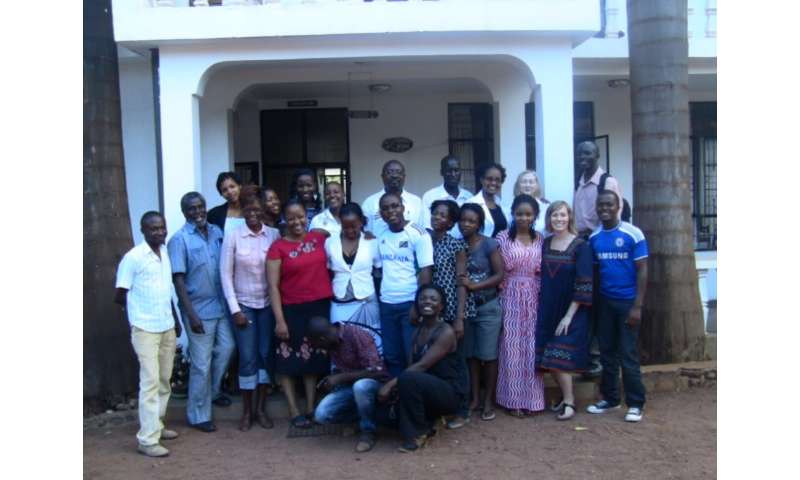 For the Kenya-Tanzania study, two local nongovernmental organizations, Ace Africa and Tanzania Women Research Foundation, recruited counselors and trained them in CBT methods. Based on researchers’ prior experience in Africa, the team adapted the CBT model and terminology, structuring it in groups of children in addition to one-on-one sessions, and referring to the sessions as a “class” offered in a familiar building such as a school, rather than as “therapy” in a clinic. The changes were aimed at reducing stigma and boosting participation in and comfort with the program, Dorsey said.

“Having children meet in groups naturally normalized their experiences. They could see, as one child said, ‘I’m not the only one who worries about who will love me now that my mama is gone.’ They also got to support each other in practicing different skills to cope with feelings and in thinking in different ways to feel better,” she said.

Counselors provided 12 group sessions over 12 weeks, along with three to four individual sessions per child. Caregivers participated in their own group sessions, a few individual sessions, and group activities with the children. Activities and discussions were centered on helping participants process the death of a loved one: being able to think back on and talk about the circumstances surrounding the parent’s death, for example, and learning how to rely on memories as a source of comfort. In one activity, children drew a picture of something their parent did with them, such as cooking a favorite meal or walking them to school. Even though children could no longer interact with the parent, the counselors explained that children could hold onto these memories and what they learned from their parents, like how to cook the meal their mother made, or the songs their father taught them.

“The children learned that you don’t lose the relationship,” Dorsey said. “You have to convert that relationship to one of memory, but it is still a relationship that can bring comfort.”

The guardians learned similar coping skills, she said. Children who have experienced parental death are usually cared for by a relative, so caregivers, be they the other parent, a grandparent or an aunt or uncle, were also grieving the loss of a family member while taking on the challenge of an additional child in the home.

Participants were interviewed at the conclusion of the 12-week program, and again six and 12 months later. A control group of children, who received typical community services offered to children who are orphaned, such as free uniforms and other, mostly school fee-related help, was evaluated concurrently.

Improvement in children’s post-traumatic stress symptoms and grief was most pronounced in both urban and rural Kenya. Researchers attribute the success there partly to the greater adversity children faced, such as higher food scarcity and poorer child and caregiver health, and thus the noticeable gains that providing services could yield. In contrast, in rural Tanzania, children in both the counseling and control groups showed similar levels of improvement, which researchers are now trying to understand. One possible explanation with some support from an ongoing qualitative analysis, Dorsey said, is that children and caregivers in Tanzania, and particularly in rural areas, may have been more likely to share with others in their village what they learned from therapy.

Even with the different outcomes in the two countries, the intervention by lay counselors who were trained by experienced lay counselors shows the effectiveness and scalability of fostering a local solution, Dorsey said. Members of the research team already have been working in other countries in Africa and Asia to help lay counselors train others in their communities to work with children and adults.