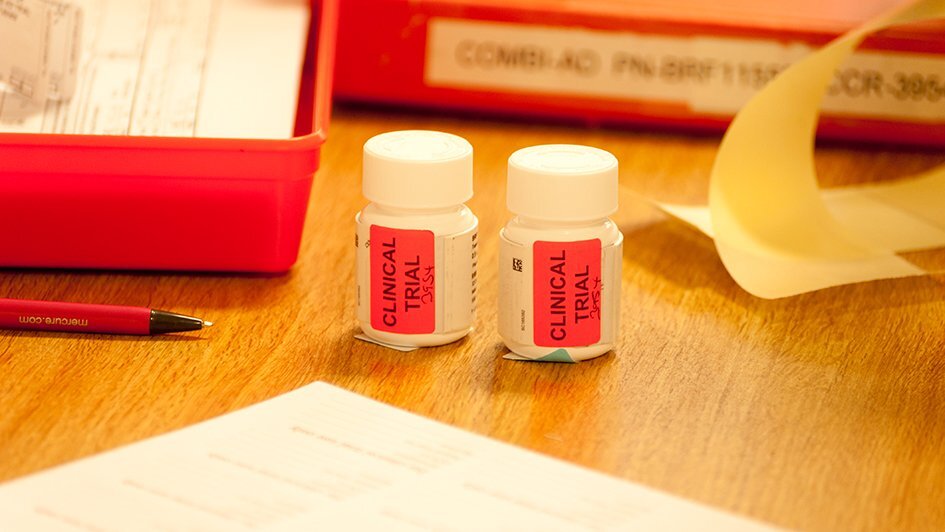 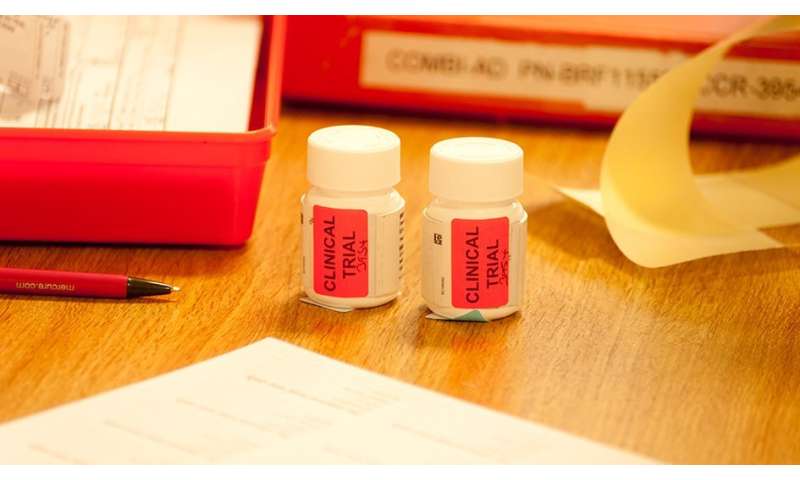 It is the first trial to use the pioneering genetically targeted drug olaparib—already licensed for ovarian, breast and prostate cancer—together with a promising new medicine, called capivasertib.

The researchers used the drug combination to target two fundamental weaknesses in cancer at the same time—a damaged system for repairing DNA, and ‘addiction’ to a molecule called AKT which fuels tumour growth.

The early-stage trial, led by a team at The Institute of Cancer Research, London, and The Royal Marsden NHS Foundation Trust, found that the drug combination was safe, successfully hit its targets, and was effective against a variety of advanced cancers—including those that had stopped responding to chemotherapy.

This combination is now planned to move forward into larger-scale trials. The study was published in the prestigious journal Cancer Discovery.

The Institute of Cancer Research (ICR) played a key role in pioneering both of the two precision medicines in the combination—discovering how to genetically target olaparib, and collaborating to create a precursor to capivasertib before the drug’s ultimate formulation by AstraZeneca.

The new study is an exemplar of the research the ICR will be doing in its revolutionary new Centre for Cancer Drug Discovery, which aims to use combination treatments to cut off cancer’s evolutionary pathways and overcome drug resistance.

In the phase I trial, researchers gave 64 patients with advanced solid tumours—including those with breast cancer, ovarian cancer and prostate cancers -combinations of olaparib and capivasertib.

The combination was well tolerated, and 25 of the 56 patients whose response could be assessed—or 45 percent—benefited from treatment, with their tumours either shrinking or stopping growing.

Some of these patients had previously stopped responding to chemotherapy and other targeted treatments as their cancers became drug resistant.

Many of the patients who responded to the treatment had mutations to genes involved in repairing DNA, including to the BRCA genes.

The trial was funded by the pharmaceutical company AstraZeneca, under the auspices of the Cancer Research UK Experimental Cancer Medicine Centre Combinations Alliance.

The findings provide early clinical evidence that olaparib and capivasertib have the potential to work well as a combination treatment and could improve outcomes for some patients with drug-resistant cancer.

The team are now planning further, later-stage clinical trials to assess the drug combination’s benefit and to study its effect in patients whose tumours do not have faults in the AKT gene or related to DNA repair.

The ICR is the most successful academic institution in the world at discovering cancer drugs—having discovered 20 new drug candidates since 2005. The ICR is nearing completion of a new Centre for Cancer Drug Discovery, and is now raising money for the state-of-the-art equipment its scientists will need to get their work in the building off to the strongest possible start.

“Our study establishes the potential of a combination of two precision medicines for patients whose tumours have stopped responding to existing drugs. The combination of olaparib and capivasertib works by attacking two fundamental weaknesses in cancer, and could potentially be used to treat patients with several common tumours. I look forward to seeing the possible benefit of the combination tested in later-stage trials.”

“This new clinical trial is a terrific example of how we can now translate scientific discoveries about the biology of cancer cells into innovative new cancer treatments with real benefits for patients. It’s also an example of the pioneering strategy we have adopted at the ICR of targeting cancer evolution and drug resistance—often through the use of combination treatments to hit multiple targets at once and block off escape routes, just as is done with diseases like HIV.