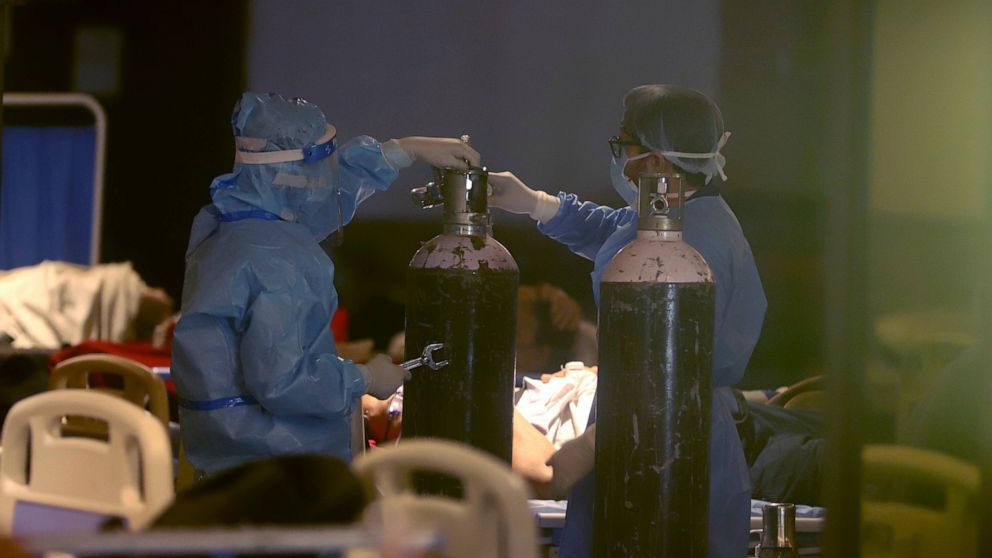 BEIJING — Chinese leader Xi Jinping on Friday offered additional assistance to India in battling the coronavirus outbreak ravaging the country, putting aside a simmering rivalry and tensions along their disputed border.

State media reported that Xi told Prime Minister Narendra Modi in a personal message of condolence Friday that he was “very concerned about the recent situation” in India with the COVID-19 outbreak.

He said China is willing to provide additional support and assistance because “Mankind is a community of common destiny sharing weal and woe and only through unity and cooperation can the nations of the world ultimately overcome the pandemic.”

“Under the leadership of the Indian government, the people of India will certainly overcome the pandemic,” Xi added.

Chinese media said a first batch of 25,000 oxygen concentrators pledged to India has arrived in the country. The reports said China has already shipped 5,000 ventilators and 21,000 oxygen generators.

Earlier, Foreign Ministry spokesperson Wang Wenbin said the Chinese public, the Chinese Red Cross, local governments, NGOs and enterprises have all “taken actions and managed to raise much-needed anti-epidemic supplies for the Indian side and send them to the Indian people as soon as possible.”

Along with the ventilators and oxygen concentrators, more than 15,000 sets of monitors and nearly 3,800 tons of medical supplies and medications have been shipped to India, Wang said.

Chinese manufactures of anti-epidemic materials and medical equipment are “working at full capacity to speed up production,” Wang said.

The assistance comes despite an intense economic rivalry between the countries, Beijing’s distrust of closer India-U.S. ties, and ongoing border tensions following a bloody clash last year in the Ladakh region.