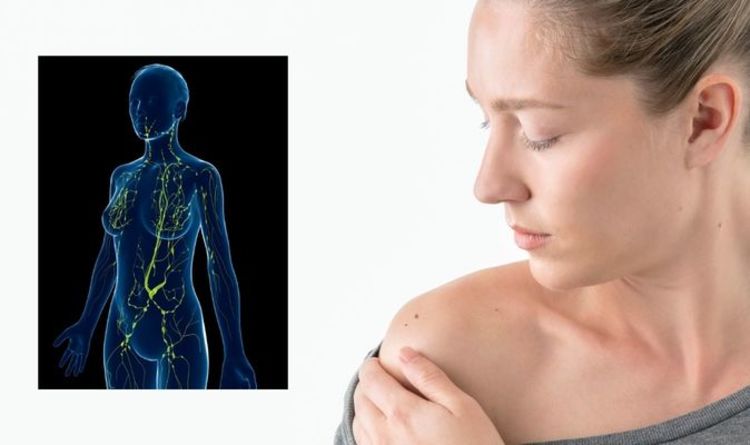 Melanomas occur when your skin is exposed to radiation, from the sun or other sources, that turns the cells cancerous. While remaining on the skin it poses a limited threat, but it can spread through the body in a process called metastasis. Doctors from Weill Cornell Medicine have discovered that the cancer is able to deactivate the immune system in an area, allowing it to spread more aggressively. This has implications for how the cancer is diagnosed and potentially treated.

An important diagnostic process for skin cancer is examining the lymph nodes, a secondary circulatory system used by the immune system.

Dr David Lyden, Professor of cell and developmental biology, said: “The examination of the sentinel lymph node for just tumour cells is not complete.”

Dr Lyden has discovered that some melanomas secrete a chemical called NGFR which alters the lymph node in preparation for the cancer to invade.

“There are many changes taking place in the lymph node even before the tumour cell gets there.

“We call it a pre-metastatic lymph node.”

It encourages the secretion of binding proteins that tumour cells can use to invade.

It also encourages the production of more lymph vessels, giving the cancer more places to spread.

Dr Irina Matei, assistant professor of immunology research fin paediatrics says that NGFR “open the gates to melanoma cells coming into the lymph node and setting up shop there”.

The consequences of this are that the lymph nodes may be compromised by the cancer before cancer cells are present inside the nodes.

Dr Lyden explained that the levels of NGFR correlate to the severity of the disease in some cases.

“Those with metastatic disease actually have very high NGFR expression.

“It seems that molecule is very much up-regulated in the patients with worse prognosis.”

The research opens up new opportunities for treatment and diagnosis.

The researchers used a drug that inhibits NGFR and found that it helped to deter the cancer from spreading in mice.

“This drug needs a lot of testing,” Dr Lyden explained.

“Eventually, I think an NGFR inhibitor could be used in the clinical setting.

“We also would like to determine if we can use a simple blood test to see whether exosomes are carrying NGFR.

“This would help doctors to look at exosome NGFR over time during therapy to see how treatments should be adjusted.”

Traditionally scientists had a tumour-first perspective of how cancer spreads.

A tumour of a certain size will produce mutations, and some of these will enable the cancer to survive in other parts of the body.

Speculative treatments could target genes associated with metastasis to prevent tumours from spreading before they can be treated.