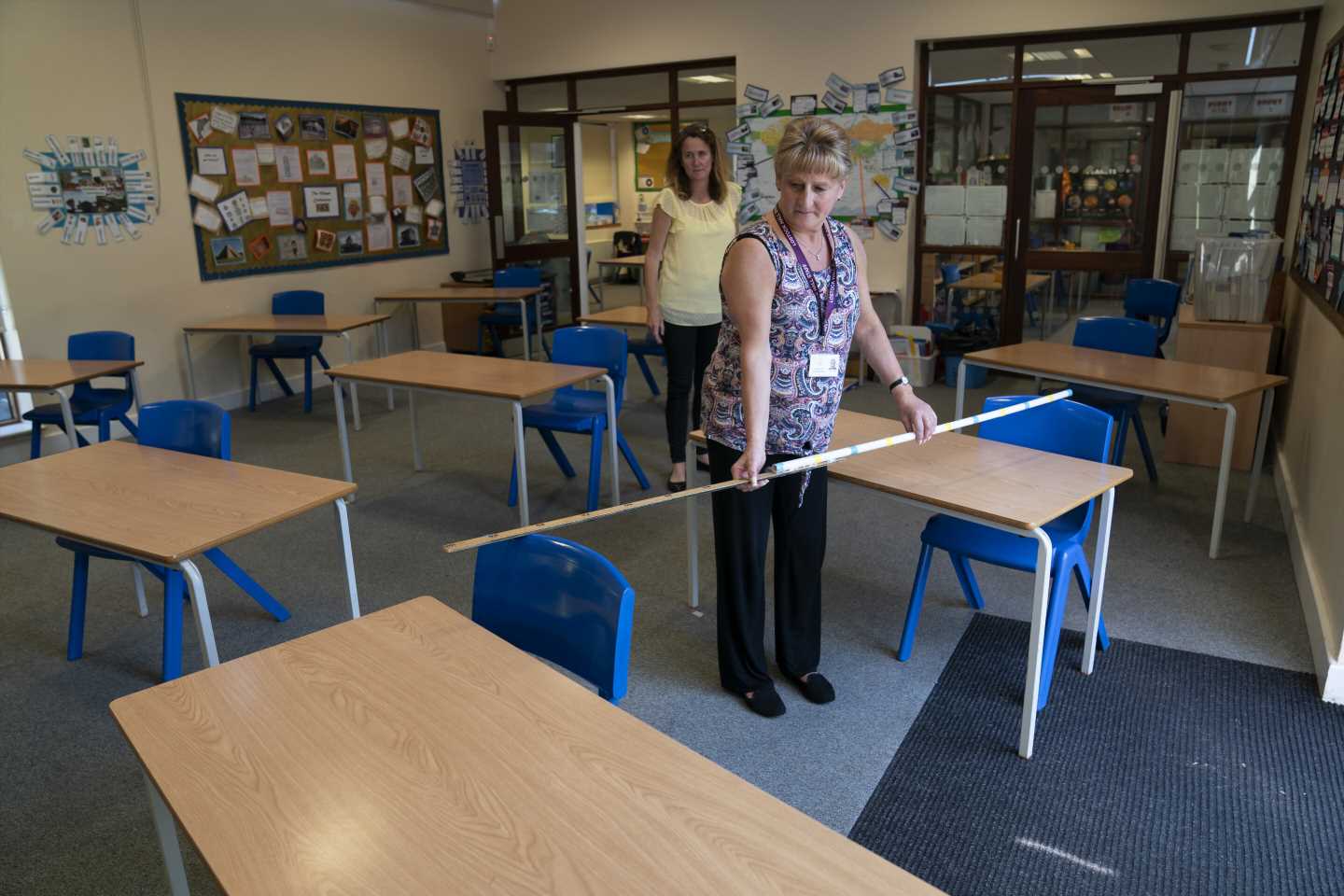 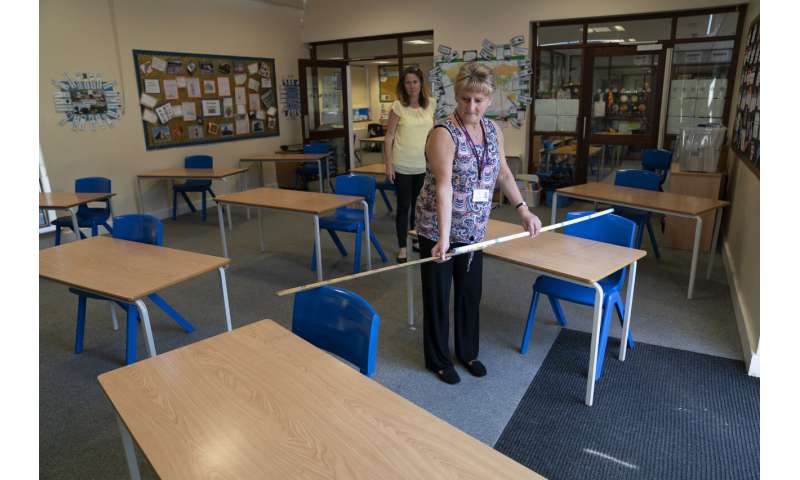 David Waugh is putting down barrier tape and spraying yellow lines on the ground outside the main door of his school near Manchester.

Waugh, who oversees five schools in northwestern England, already has painted yellow arrows to ensure that children follow a one-way path around the building when they return next month from an extended break due to the coronavirus pandemic.

Soft furniture and play equipment have been cordoned off, and desks have been spread apart. Waugh has stocked up on 7,500 face masks, hundreds of pairs of gloves, hand sanitizer and other supplies.

“The government says we don’t need them, but I certainly couldn’t have risked not having them,” he told The Associated Press. “It’s the unknown, the utter unknown. We’re taking baby steps forward at the moment, trying to win the hearts and minds of parents and teachers.”

Since March 20, the coronavirus has forced British schools to close to all but a small number of key workers’ children and those under social care. The government wants children to start returning to primary schools in stages from June 1. Those going back first include the youngest—ages 4 to 6. Daycare providers also have been told to start welcoming back babies and toddlers from June. 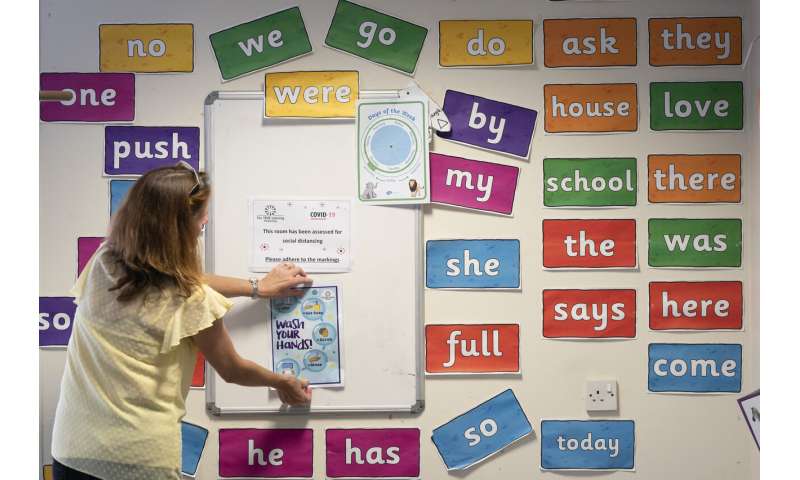 The reopening has divided the country and faced vehement opposition from teachers unions, which say it’s too risky for everyone and could cause a spike in infections. Dozens of local authorities have refused to follow the reopening timetable. Scotland and Northern Ireland, which have their own governments, are not opening schools until August at the earliest.

Worried parents are texting each other the same question: “Are you sending your kid back?”

Justine Roberts, who founded parenting website Mumsnet, said the decision to send the youngest children back first is “causing bafflement and some anger, and a suspicion that decisions are being driven by the need to get people back to work.”

Teachers union NASUWT cited a poll of 29,000 members that suggested only 5% think the plan is safe. Other unions have told members not to engage with planning for an early June opening. 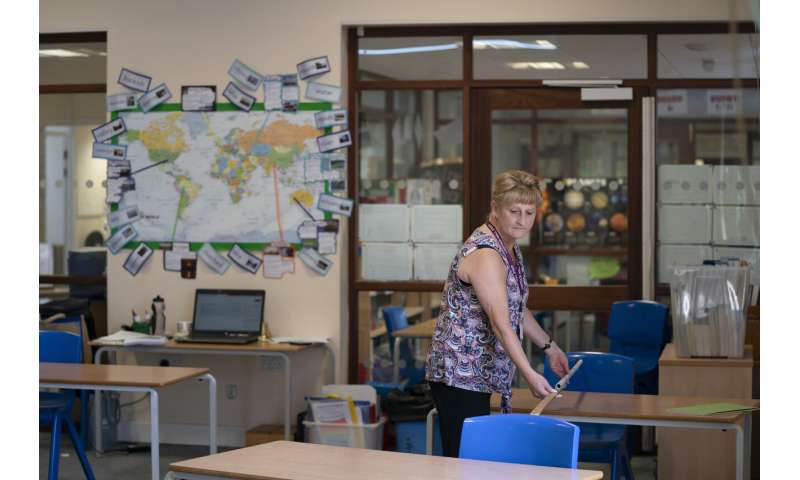 Mary Bousted, joint leader of the National Education Union, said the plan is “simply not safe, it is not fair, it is not feasible.”

Unions say they are unconvinced by the scientific evidence on the topic published by the government. They also want the tracking and tracing system for those infected to be in place first.

Charlotte Smith, whose 14-year-old son is unaffected by the plan, joined a small protest of the reopening Thursday in Manchester. She didn’t believe administrators have thought through how to work out social distancing “that isn’t damaging to kids.”

“There’s absolutely no way I would want my kid to go into an environment that’s psychologically damaging for them,” she said. “We need to rethink education and we can’t do that in two weeks.”

In its guidance to schools, the Education Department said face masks are not recommended in schools, and acknowledged that young children can’t be expected to keep the 2-meter (6-foot) social-distancing guidelines. It said class sizes should be halved and limited to a maximum of 15, and that children should be separated into the same small groups. 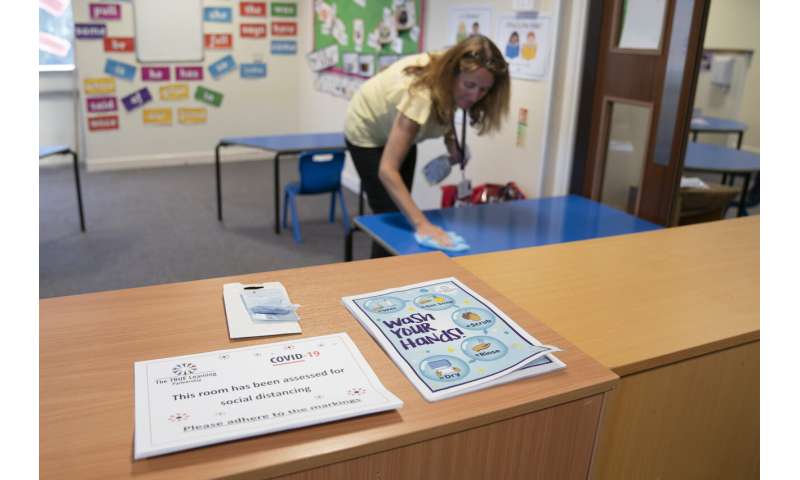 Waugh’s school group, the True Learning Partnership in Cheshire, is doing that and more.

He is planning to split students into “mini school” zones, each with separate entrances, daily timetables and play areas. Meals will be delivered to classrooms. Teachers’ desks will be 2-meter “exclusion zones” ringed off with tape. Even the cutlery will be assigned to separate groups.

It’s “more than feasible” to make schools safe, he said, even if it’s a “logistical nightmare.”

English schools will be following those in Denmark, Germany, France and elsewhere that are easing restrictions. Proponents say the effect of being away from the classroom has been felt keenly by the most disadvantaged families.

A report from the Institute for Fiscal Studies said school closures will almost certainly increase educational inequality. Wealthier children are spending 30% more time on home learning during lockdown—about 5.8 hours a day—than those in poorer families and have access to better resources like online tutors, it found. 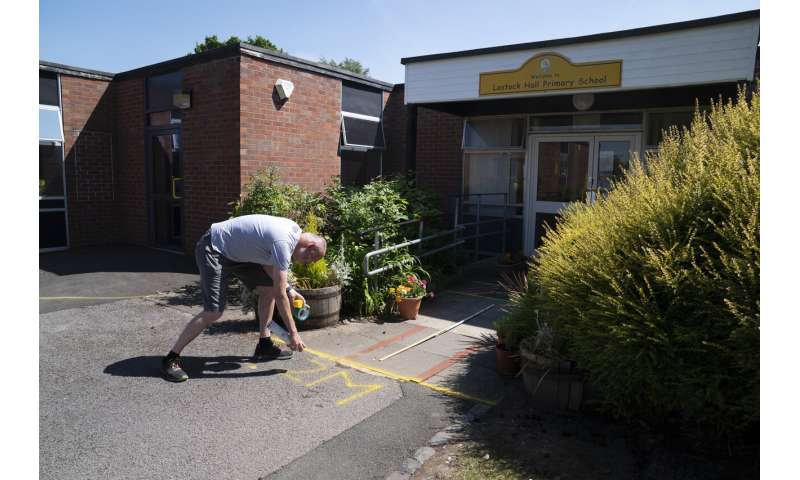 Working parents, too, are increasingly frustrated about working from home with children. Sarah Hesz, a mother of three, says that after considering the risks, she plans to send her 5-year-old back to school next month.

“People are so torn, worried and confused about what is best,” said Hesz, who works for a childcare app. “There is a massive part of me that want my kids to be learning again, to be with their friends again. At the moment, it’s just impossible. I can’t home school my kids and work.”

But it’s a tough sell for many, and one key concern is the risk of infection from children to adults. The confusion was highlighted when the doctors union, the British Medical Association, first backed teachers who oppose a June 1 reopening, only to change its stance days later.

The BMA said Wednesday that while there was growing evidence that the virus risk to children is extremely small, there is conflicting evidence about the likelihood of children spreading it to others. 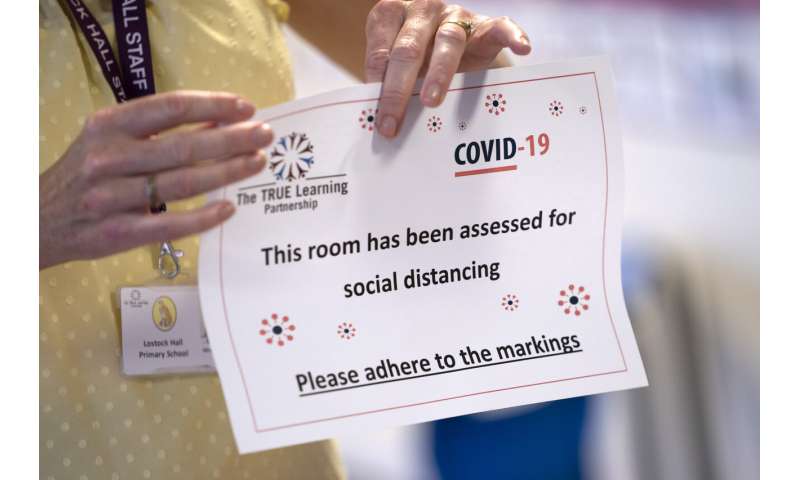 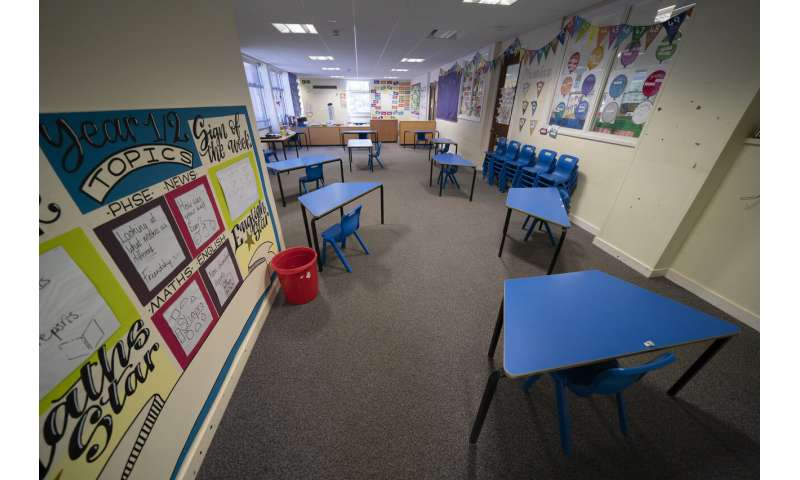 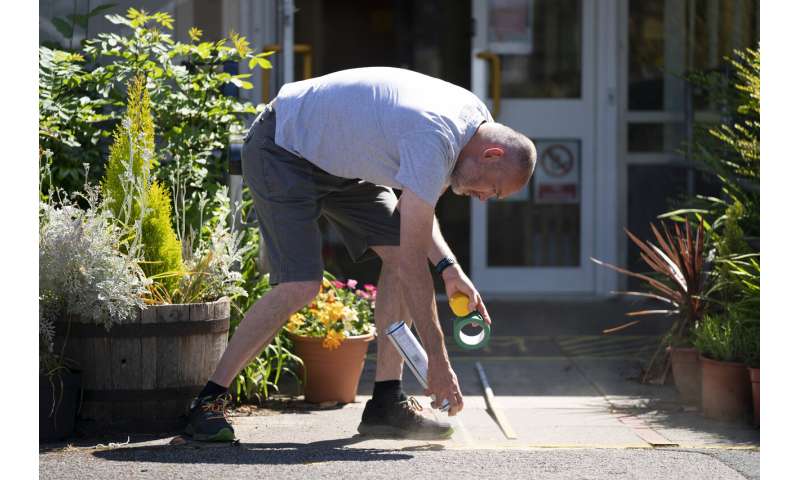 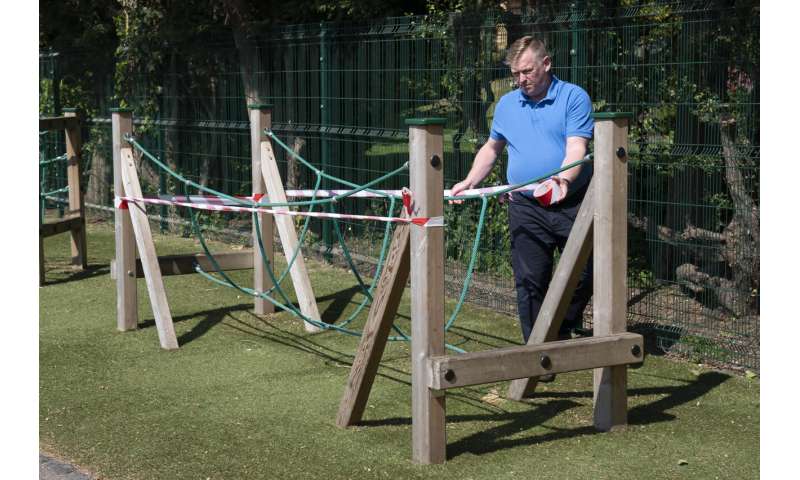 “A zero-risk approach is not possible,” it concluded. “This is about ‘safe’ being an acceptable level of risk.”

Jonathan Van-Tam, the deputy chief medical officer for England, acknowledged that data on how infectious children are is “pretty sparse.”

“There are significant welfare and wellbeing issues for children who are out (of school) months and months on end. It’s delicate and difficult, and I accept that,” he said.

Jane Cooper, who teaches older children at Lostock Hall Primary School, said she was looking forward to seeing her pupils again. She knows the new normal won’t be easy, especially for younger children who want to cuddle or hold hands.