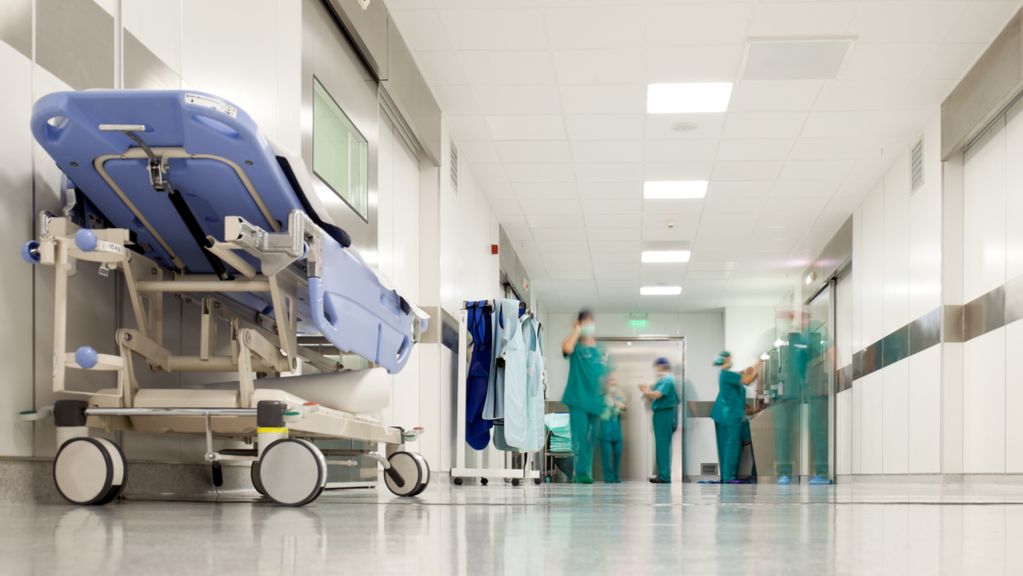 —Live updates on the new coronavirus
—How you can prepare for a coronavirus epidemic
—Why are children ‘missing’ from coronavirus outbreak?
—How coronavirus compares with flu
—Will a face mask protect you?

U.S. health officials have warned that the country may be headed for a full-blown outbreak of the new coronavirus. Americans must take action to safeguard themselves and their communities against the virus’s spread, officials said.

In a previous article, Live Science spoke with experts about what individuals can do to prepare for an impending outbreak of the disease, called COVID-19, caused by this new virus. (The virus itself is known as SARS-CoV-2.) But what can we expect to hear from health and governmental officials if the outbreak escalates here? And, more importantly, how bad do we think the outbreak might get?

How communities can prepare

Up until now, the U.S. strategy for protecting residents against COVID-19 has focused on containment: slowing the virus’s spread by identifying infected people and limiting their contact with others. These measures include isolating people with potential and confirmed infections, tracing and monitoring their close contacts, and restricting travel to and from China — Hubei Province in particular, as the outbreak originated there.

Now, serious outbreaks beyond China have raised the “level of expectation that we are going to have community spread here” in the U.S. and that viral transmission will unfold rapidly, Dr. Nancy Messonnier, the director of the Centers for Disease Control and Prevention’s (CDC) National Center for Immunization and Respiratory Diseases, said in a news briefing on Tuesday (Feb. 25).

At this juncture, “communities and jurisdiction at all levels should be thinking about how they would address widespread community transmission,” said Josh Michaud, an associate director for global health policy at the Kaiser Family Foundation in Washington. At the level of communities, local officials will have to craft a set of flexible protocols for businesses, schools, households and individuals to follow in order to restrict viral spread and dispense the latest information, he said.

These measures might include school closures and cancellation of large group gatherings in areas with a concerning number of cases, Michaud said. “That decision [to close a school] can come down fast, depending on the epidemiology of the outbreak in a given location,” he added. Schools should consider dividing students into smaller groups or closing and using “internet-based teleschooling,” Messonnier said in the Feb. 25 press briefing.

Similarly, the CDC recommends that businesses encourage sick employees to stay home from work, replace in-person meetings with video or telephone conferences, and increase teleworking options. If people do continue to come into work, workspaces and shared appliances should be cleaned regularly and employees should practice good hand hygiene and “cough and sneeze etiquette,” the agency says. Employees should also let their supervisor know if a member of their household has fallen ill and should follow the CDC guidelines to determine whether they need to be tested for the virus themselves.

Hospitals may need to triage patients differently, add more telehealth services and delay elective surgery, Messonnier said on Tuesday. As more people report to hospitals with possible COVID-19 cases, facilities may ask those patients to enter through a separate door, said Dr. Amesh Adalja, an infectious disease expert at the Johns Hopkins Center for Health Security in Baltimore. Hospitals may also have to increase doctors’ access to symptomatic treatments like anti-fever and anti-nausea medications, so physicians can have these treatments on hand to prescribe to infected patients, Adalja added.

How bad could it get?

At this point, U.S. health officials have identified 60 cases of COVID-19 in the U.S. — but the true case count could be higher, Adalja said. “There was nothing to really prevent [the new disease] from being mixed in with our cold and flu season,” meaning some people with mild cases may have mistaken their illness for something more mundane, like the common cold, he said. Even if people checked into a healthcare facility, diagnostic testing is so limited that  many cases have likely been missed; the full scope of the outbreak will reveal itself as more tests become available, he said.

“If we’re not able to hold the line in the next week or two, you’re going to start seeing a lot more cases,” said Dr. George Rutherford, a professor of epidemiology and biostatistics at the University of California, San Francisco.

In modern history, the 2009 H1N1 influenza outbreak probably provides the best example of what might take place in the U.S. in the coming weeks, meaning nonpharmaceutical interventions like school closures and travel restrictions may be implemented across the country, Adalja said. That said, influenza and COVID-19 are markedly different diseases, and as we learn more about how the new disease unfolds in different people, our mitigation strategy may shift accordingly, he added.

For example, infected children in schools often exacerbate outbreaks of influenza in their communities, acting as viral vectors that spread the infection to many families at once. “We don’t know if that’s the case completely with [the new] coronavirus,” Adalja said. If children don’t spread the disease efficiently, lengthy school closures “might not be warranted,” but again, that remains to be seen, he said.

It seems unlikely that the U.S. will resort to mass quarantines of entire cities, such as those seen in China, Michaud said. “The scale of those efforts are unprecedented … and not a traditional containment approach,” he said. “On a small scale” like the Diamond Princess cruise ship quarantine, where many people trapped onboard became infected, “you can see how that can go awry,” he added.

While facing down a potential outbreak can be daunting, Rutherford said that he thinks “we’re as prepared as we can be without vaccines or therapeutics.” As we prep for an outbreak in other ways, scientists around the world will continue to study the disease and develop medications.

Unfortunately, the U.S. is woefully behind in testing people for COVID-19, Live Science previously reported. Only five state health departments currently have the ability to test for the virus, along with the CDC itself, and patients must meet strict criteria before being tested, which might prevent people with mild cases from being diagnosed. What’s more, in the event that many people become infected all at once, the U.S. health care system simply won’t have the capacity to care for them all, Michaud said.

“There is no hospital system on Earth that is prepared for the massive influx of cases if case numbers reach Wuhan levels — anywhere,” he said. (The outbreak originally began in the Chinese city of Wuhan, where thousands of cases emerged in rapid succession.) Nonpharmaceutical interventions, like voluntary quarantines and school closures, are critically important to slowing the virus’s spread and preventing hospitals from becoming overburdened, the CDC says. If inundated with too many COVID-19 cases, health care workers will be unable to adequately care for those with the disease or others who come to the hospital with different ailments.

Based on what we know about the virus so far, however, many people may contract a mild form of the disease and not require hospitalization, Adalja said.

“Even if we’re going to have a pandemic, that doesn’t really say anything about severity,” he said. Health officials have not yet declared the outbreak a so-called pandemic, as we’re not yet seeing sustained community spread in multiple countries around the world. If the outbreak does escalate to pandemic levels, however, current studies suggest that the vast majority of cases will be mild, Adalja said. Each case, however mild, is going to be “disruptive” to people’s lives, but a pandemic itself is “not going to be cataclysmic,” he said.

OFFER: Save at least 53% with our latest magazine deal!

With impressive cutaway illustrations that show how things function, and mindblowing photography of the world’s most inspiring spectacles, How It Works represents the pinnacle of engaging, factual fun for a mainstream audience keen to keep up with the latest tech and the most impressive phenomena on the planet and beyond. Written and presented in a style that makes even the most complex subjects interesting and easy to understand, How It Works is enjoyed by readers of all ages.
View Deal