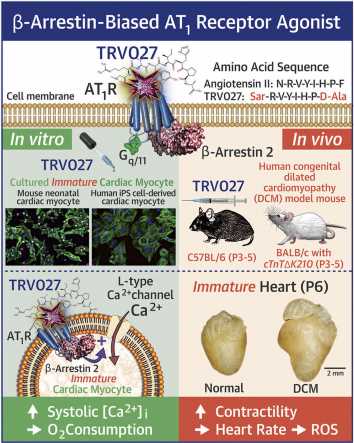 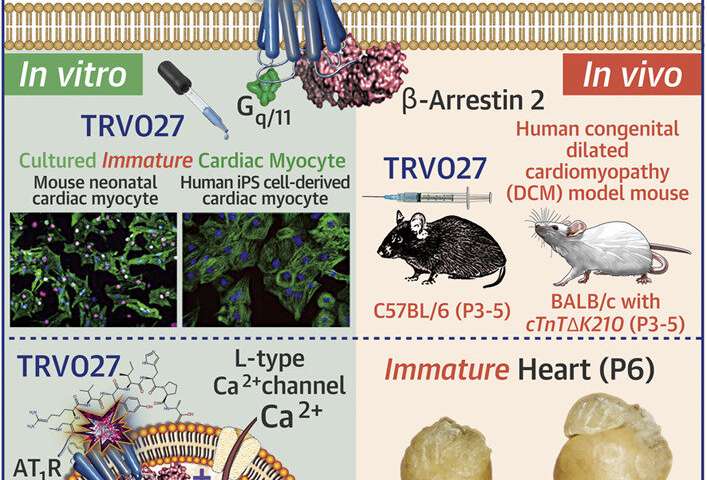 Researchers have identified a new druggable target for heart failure in neonates and infants, a condition for which there has been no specific treatment. Approximately 60 percent of children born with congenital heart abnormalities will develop overt heart failure within the first year of life. The progression of heart failure in these infants is often rapid, with a high frequency of fatalities. Stimulation of this target significantly increased the cardiac contractility of newborns and infants in mice with few side effects such as tachycardia, arrhythmias, and increased myocardial oxygen consumption, which are common problems with many cardiotonic drugs.

Unlike chronic heart failure in adults, evidence is lacking for the appropriate treatment of pediatric heart failure. The main reason for this is the great variety of pathogeneses and pathophysiologies of heart failure in children, making large-scale clinical trials difficult. Therefore, pediatric heart failure patients are currently being treated with adult medications without compelling evidence of their safety and effectiveness in children. The research group led by Professor Mitsuhiko Yamada of Shinshu University hopes to develop the world’s first small molecule therapeutics for pediatric heat failure that can be easily used also by outpatients through collaborations with pharmaceutical companies.

The research group began this study in a bottom-up but not an outcome-oriented manner, which would be the most standard and effective way of translational science. Professor Yamada was interested in the molecular mechanism underlying the regulation of cardiac L-type Ca2+ channels (LTCC) by intracellular signaling pathways. In 2010, Professor Yamada came across a paper written by Prof. William A. Catterall’s group describing that casein kinase can phosphorylate the main subunit of cardiac LTCC (Fuller, M.D. et al. (2010) Sci Signal: ra70). They started efforts to seek for the physiological significance of this phenomenon and fortunately found that it mediates the positive inotropic effect of angiotensin II only found in the neonatal period (Kashihara T. et al. (2017) J. Physiol. (Lond.) 595: 4207-4225). With this information, the research group changed their style and decided to serve a long-lasting unmet medical need, therapeutics specific for pediatric heart failure, by utilizing this pathway.

Children, especially those before weaning are not miniature adults. They are in a so-called ‘critical period’ of life and thus, vulnerable but at the same time, formidably robust. Therefore, it may be sometimes more appropriate to develop drugs for children not only by extrapolating scientific and medical knowledge regarding adults to infants and children but by scrutinizing druggable targets underlying their robustness. Professor Yamada states that it was difficult “To gain lines of evidence against today’s scientific and medical dogma that angiotensin II and its type 1 receptors are a common cause of almost all cardiovascular and renal diseases.”

The renin-angiotensin-aldosterone system was discovered more than a hundred years ago. Its importance in the mammalian perinatal period had been established by the end of the 20th century but had been almost completely forgotten mainly because of the great success of inhibitors of this system in adult medicine. The research group at Shinshu University School of Medicine and Institute of Biomedical Sciences fortunately succeed in digging up this valuable ‘fossil’ in basic research work.