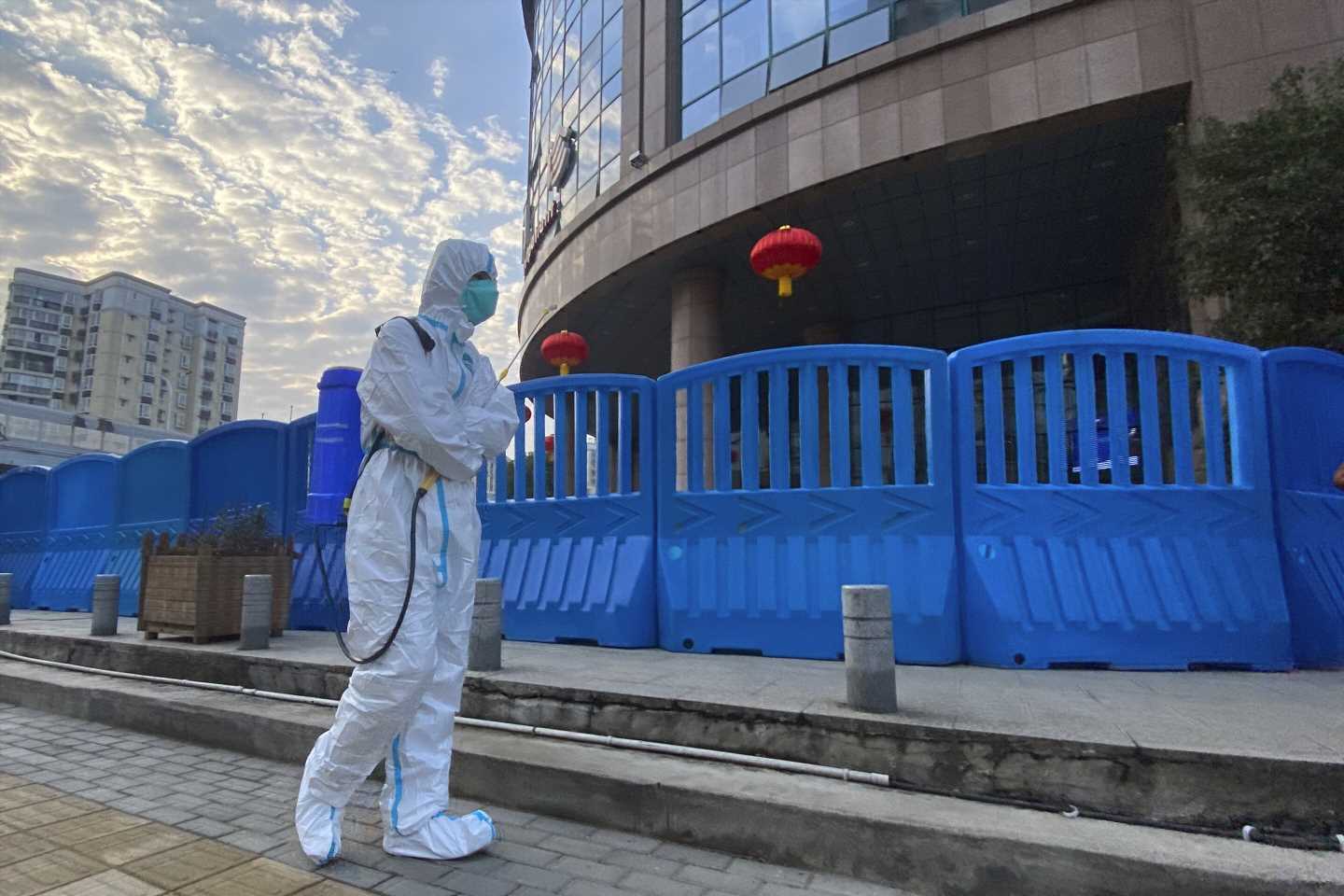 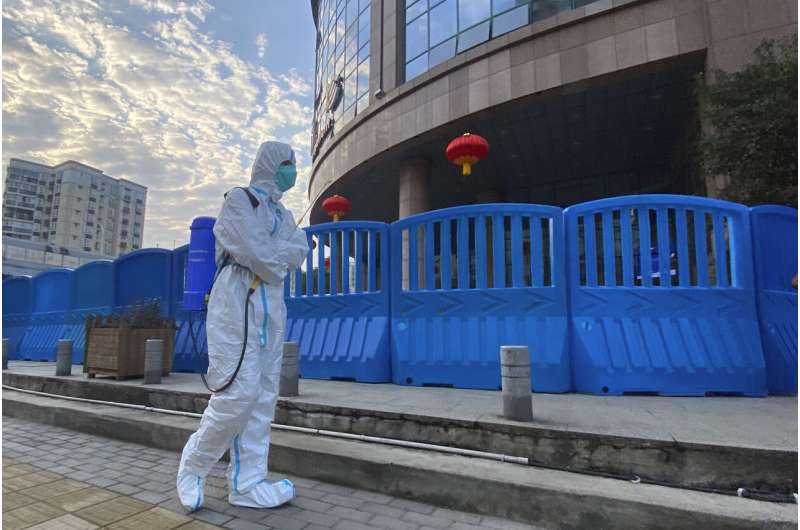 A team of international and Chinese scientists is poised to report on its joint search for the origins of the coronavirus that sparked a pandemic after it was first detected in China over a year ago—with four theories being considered, and one the clear frontrunner, according to experts.

The lengthy report is being published after months of wrangling, notably between U.S. and Chinese governments, over how the outbreak emerged, while scientists try to keep their focus on a so-far fruitless search for the origin of a microbe that has killed over 2.7 million people and stifled economies worldwide.

It wasn’t immediately clear when the report will be released after its publication was delayed earlier this month. By many accounts, the report could offer few concrete answers, and may raise further questions.

It will offer a first glance in writing from 10 international epidemiologists, data scientists, veterinary, lab and food safety experts who visited China and the city of Wuhan—where a market was seen as the initial epicenter—earlier this year to work with Chinese counterparts who pulled up the bulk of early data.

Critics have raised questions about the objectivity of the team, insisting that China’s government had a pivotal say over its composition. Defenders of the World Health Organization, which assembled the team, say it can’t simply parachute in experts to tell a country what to do—let alone one as powerful as China.

“I expect that this report will only be a first step into investigating the origins of the virus and that the WHO secretariat will probably say this,” said Matthew Kavanagh, director of Georgetown University’s Global Health Policy and Governance Initiative at the O’Neill Institute. “And I expect some to criticize this as insufficient.”

The Wuhan trip is billed as Phase 1 in a vast undertaking to flesh out the origins of the virus.

The WHO has bristled at depictions of the mission as an “investigation”—saying that smacks of an invasive forensic probe that wasn’t called for under the resolution adopted unanimously by the agency’s member states in May that paved the way for the collaboration. The WHO and China later ironed out the ground rules.

Team member Vladimir Dedkov, an epidemiologist and deputy director of research at the St. Petersburg Pasteur Institute in Russia, summarized the four main leads first laid out at a marathon news conference in China last month about the suspected origins of the first infection in humans. They were, in order of likelihood: from a bat through an intermediary animal; straight from a bat; via contaminated frozen food products; from a leak from a laboratory like the Wuhan Institute of Virology.

Officials in China, as well as Chinese team leader Liang Wannian, have promoted the third theory—the cold-chain one—while the U.S. administration under President Donald Trump played up the fourth one, of the lab leak. But Dedkov said those two hypothesis were far down the list of likely sources.

He suggested frozen products on which the virus was found were most likely contaminated by infected people. An infected person also likely brought and spread the virus at the Wuhan market associated with the outbreak, where some of the contaminated products were later found.

“In general, all the conditions for the spread of infection were present at this market,” Dedkov said in an interview. “Therefore, most likely, there was a mass infection of people who were connected by location.”

“At this point, there are no facts suggesting that there was a leak” from a lab, Dedkov said. “If suddenly scientific facts appear from somewhere, then accordingly, the priority of the version will change. But, at this particular moment, no.” 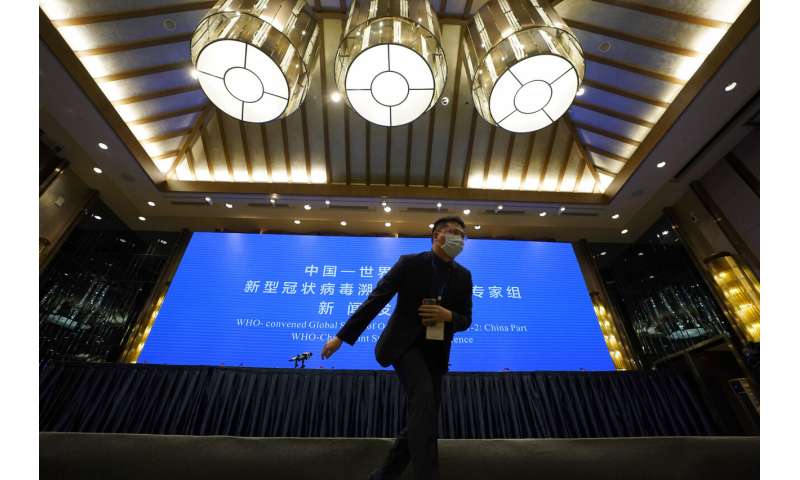 Suspicions about political meddling have dogged the mission, and the international team leader—the WHO’s Peter Ben Embarek—acknowledged in interviews last week that unspecified “pressures” might weigh on its members. Liang, in a Chinese newspaper interview, also bemoaned political pressure on the team.

Delays in deploying the international team to China, repeated slippage in the timing of publication of the report, and rejiggering of the plans for it—an initial summary of findings was jettisoned as an idea—have only fanned speculation that the scientists have been steered by political authorities or others.

“The last understanding we had was that it is expected to come out this week—we’ll have to see if that actually happens,” the U.S. charge d’affaires in Geneva, Mark Cassayre, said on Wednesday. “We have a clear understanding that other studies will be required.”

He said the U.S. was hopeful the report would be a “real step forward for the world understanding the origins of the virus, so that we can better prepare for future pandemics. That’s really what this is about.”

The WHO leadership, including Director-General Tedros Adhanom Ghebreyesus, repeatedly praised the Chinese government’s early response to the outbreak, though recordings of private meetings obtained by The Associated Press exposed how top WHO officials were frustrated at China’s lack of cooperation.

The international team was wholly reliant on data collected by Chinese scientists after the outbreak surfaced, and Dedkov called the visit to Wuhan an “analytical trip, mainly for the purpose of retrospective analysis in the sense that we studied only those facts that were obtained earlier.”

“We did not collect any samples ourselves, we didn’t carry out any laboratory studies there, we just analyzed what we were being shown,” he said. If some data had not been collected, it wasn’t because the Chinese wanted to conceal something, he added.

The team’s visit was politically sensitive for China—which is concerned about any allegations it didn’t handle the initial outbreak properly. Shortly after the outbreak, the Chinese government detained some Chinese doctors who sought to raise the alarm.

The report, which Ben Embarek said last week took up about 280 pages, is set to lay out recommendations and lay the groundwork for next steps—such as whether the team, or others, get new access to China for further analysis. Ultimately, the aim is to find clues to help prevent another such pandemic in the future.

Georgetown’s Kavanagh said he hasn’t seen the report—but has suspicions about what it will say.

“Based on what we have heard so far I expect that the report will likely lend some credence to a link between wildlife farming and COVID-19, but without full evidence about exactly how the move from animals into humans might have occurred,” he said.

Dedkov said planning of “real-time research” is next, but noted there’s no guarantee future trips will find all the answers.