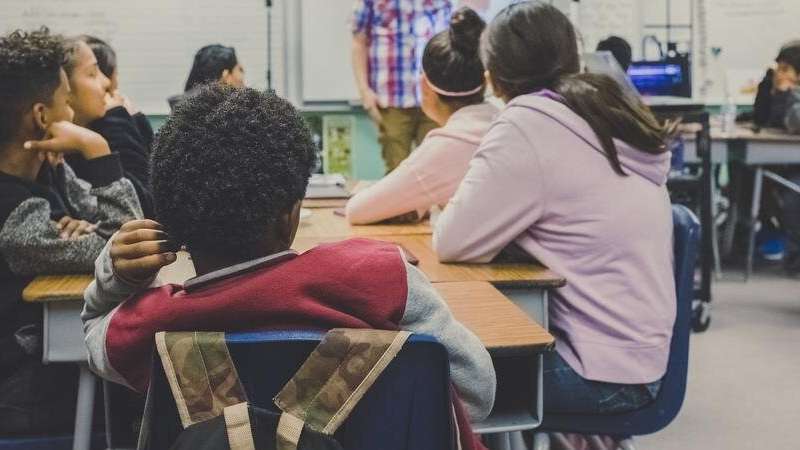 Stigma associated with mental illness hinders many people from seeking help when they need it most.

Because attitudes toward mental illness are typically formed early in life, ensuring youth receive education about mental illness and stigma could also be key to ensuring they pursue treatment for their own mental-health problems.

With this in mind, a team of researchers led by Bruce Link, a distinguished professor of sociology and public policy at the University of California, Riverside, has developed and tested a new curriculum for sixth graders geared toward destigmatizing mental illness.

The curriculum has shown promising results, suggesting that improving how youth view mental illness could have positive effects on how likely they are to seek mental-health treatment.

In an article published this month in the journal Pediatrics, the researchers discussed the findings of an evaluation of the curriculum’s efficacy during a two-year, randomized trial involving 416 sixth graders in 14 schools across an urban district in Texas.

The curriculum, called Eliminating the Stigma of Difference, or ESD, consisted of three modules delivered over three hours in one week, with each module comprising a didactic component, group discussion, and homework exercises.

The first module broaches the concept of stigma, its consequences, and how to end it. The second and third modules introduce specific mental disorders, including attention-deficit hyperactivity disorder, anxiety disorders, depression, schizophrenia, and bipolar disorder.

“The intervention was developed for ease of use by teachers in school settings so that it can be used anywhere there are schools,” Link said of the curriculum. “It emphasizes increasing knowledge about mental illnesses and increasing empathy for people who are different in any way, including those who have a mental-health problem.”

Students in the researchers’ trial received the ESD curriculum from their physical education teachers in 2011-12, with the researchers conducting follow-up assessments at six-month intervals over 24 months.

They compared the impacts of ESD with those of a no-intervention control and two other interventions—one involving in-class presentations by two young adults with their own histories of mental illness, and one that saw the sixth graders read anti-stigma printed materials.

When comparing their ESD curriculum with the control and two other interventions, the researchers found exposure to ESD significantly boosted students’ knowledge of and attitudes toward mental illness.

Exposure to the curriculum was also associated with a decrease in “social distance,” meaning youth reported being more willing to interact with someone identified as having a mental illness.

Perhaps most importantly, receipt of ESD was associated with an increased likelihood of treatment-seeking for youth with high levels of mental-health symptoms. The same result, however, was not found for youth with lower levels of symptoms.

“The stigma of mental illness is a powerful barrier keeping children from receiving the help they need,” Link said. “This study shows that a school-based intervention in sixth-grade youth can improve attitudes towards mental illness and increase appropriate treatment-seeking in youth with mental-health problems.”

Juxtaposing ESD’s results with those of the control and two other interventions underscored the curriculum’s effectiveness. In particular, the researchers found the “contact intervention”—in this case, in-class presentations by two young adults with histories of mental illness—to be ineffective when it came to changing students’ attitudes.

While Link and his co-researchers hoped ESD would have lasting results, he added, it still came as somewhat of a surprise to see its effects hold strong for at least two years after students had received the curriculum.

“Mental-health problems are an enormous public mental-health challenge that demands a strong, evidence-based response,” he said. “An important topic for future research would be to determine whether a broader rollout of interventions like ours could lead to population-level changes for youth experiencing mental-health problems.”