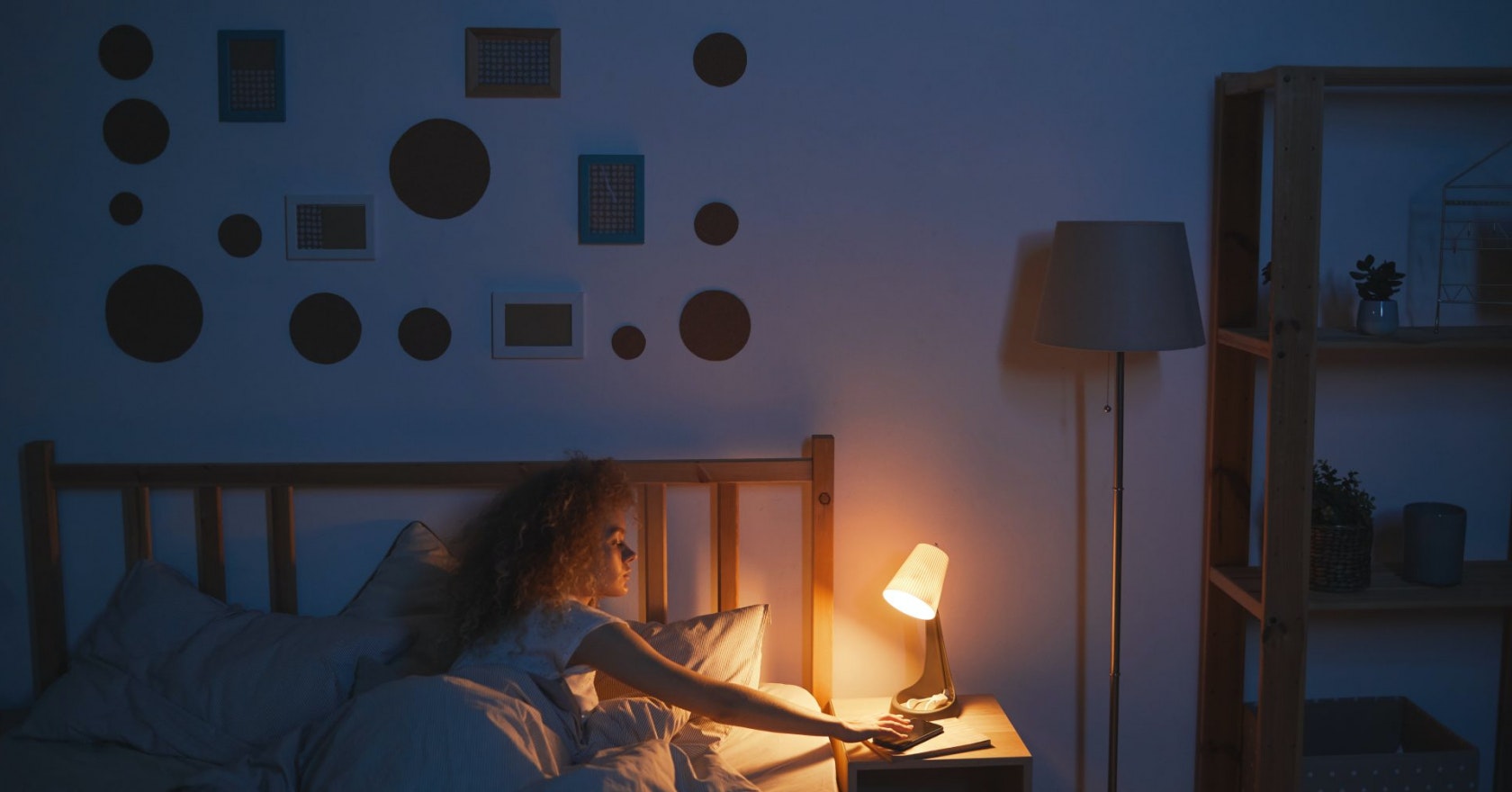 Are the dark winter mornings making it harder for you to get out of bed? This could explain why.

The clocks may have gone back last week, but if you’re going into the office for work these days, chances are you’ve still been dealing with some pretty dark mornings.

The chill of autumn already makes waking up less than pleasant, especially if you’re trying to avoid switching on your heating – after all, who wants to swap a nice, warm bed for a freezing cold house? But now that the dark mornings are here too, getting out of bed can often feel like an Everest-like challenge.

Not only that, but waking up in the dark and dragging yourself to the shower can often leave you feeling pretty groggy and rubbish for the first few hours of the day.

But what is it about waking up in the dark that makes getting out of bed so bloody difficult? And is there anything we can do to make it a little easier?

According to doctor and wellness expert Dr Susan Lovelle, the answer lies in the relationship between our hormones and the conditions under which they’re produced.

“The reason we sleep – or don’t – has a great deal to do with the connection between two competing hormones, cortisol and melatonin,” Dr Lovelle explains.

“Many of us are familiar with the stress-related hormone, cortisol, and how it keeps us awake and alert during the day. Melatonin, secreted by the pineal gland in the brain, calms our brain and allows us to fall and stay asleep.”

If you feel sleepy when you wake up in the dark, it’s likely to do with your body’s melatonin levels.

She continues: “The issue is that melatonin is primarily released when it’s dark, while cortisol thrives on noise and light. That’s why we feel sleepier when it’s dark outside.”

In this way, when we wake up and it’s still dark outside, our bodies are still producing melatonin, which is why we continue to feel sleepy and groggy once our eyes are open. It’s for this reason why getting outside during sunrise is so good for you – the bright, natural light triggers the release of cortisol, which helps you to feel more alert and dampens any feelings of grogginess.

Of course, getting outside at sunrise isn’t always possible – especially if you’ve got to be at work before it grows light, for example. But that doesn’t mean there aren’t ways to reduce the amount of sleepiness you feel.

“To combat morning sleepiness, think reversing the hormonal balance: turn on lights, get up and move and take a cool shower,” Dr Lovelle suggests, adding that these activities won’t completely get rid of your sleepiness if you haven’t had enough sleep in the first place (to remedy this, you’ll just need to get more sleep).

“These are activities that will stimulate cortisol and will shake off the cobwebs of sleep.”

So, there you have it. While grogginess is kind of part and parcel of waking up when it’s dark outside, there are things you can do to ease this feeling – or at least shake it off once you’ve managed to drag yourself out of bed.