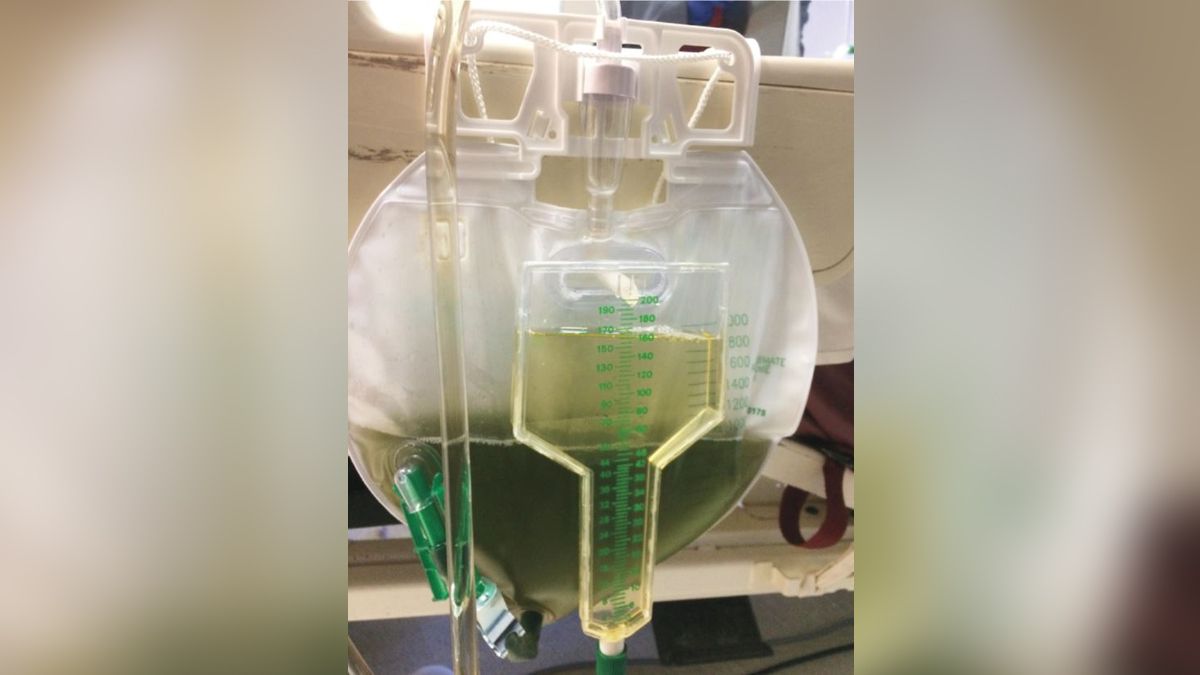 A hospitalized man’s case took a strange turn when his urine became a  murky shade of green, according to a new report.

Although alarming, the unusual color turned out to be a harmless side effect of his medication.

The 62-year-old man had chronic obstructive pulmonary disease (COPD), a progressive lung disease, and he went to the emergency room after having difficulty breathing for two days, according to the report, published Wednesday (Dec. 2) in The New England Journal of Medicine.

The man had high levels of carbon dioxide in his blood, a condition that can be life-threatening. The man was admitted to the intensive care unit, placed on a ventilator and given a general anaesthetic called propofol.

Five days later, the man’s urine, which was being collected in a catheter bag, turned green.

—11 surprising uses for pee and poop

Green urine can be due to a number of factors, including medication side effects, certain infections and liver problems, according to the authors, from Weiss Memorial Hospital in Chicago.

In the man’s case, the culprit was propofol. This medication is widely used for general anesthesia, but in rare cases, it can turn a person’s urine green.

Exactly how this discoloration happens isn’t fully understood. But it may occur when certain breakdown products (metabolites) of propofol are eliminated through the kidneys rather than the liver, according to a 2015 report of a similar case published in the Journal of Clinical & Diagnostic Research. (Propofol is usually metabolized in the liver.) It is the metabolites that cause the green color.

Fortunately, this discoloration is benign and goes away once the medication is stopped. Indeed, the man’s urine returned to a normal color once he was taken off propofol, the report said. He stayed in the hospital for two weeks and was then released to a rehabilitation facility, the report said.

People’s urine can take on an array of colors. In 2019, doctors reported the case of a woman with “purple urine bag syndrome,” which is the result of an odd chemical reaction that can take place inside catheter bags, Live Science previously reported.