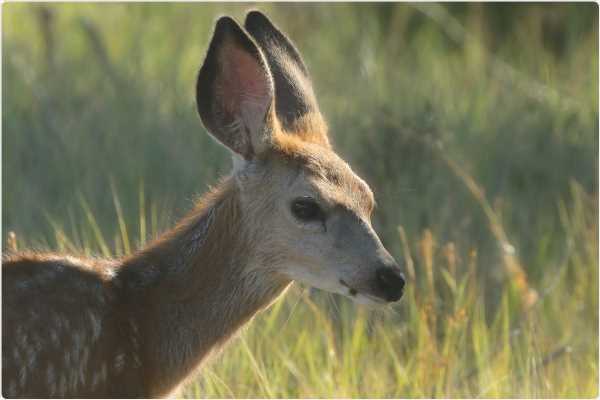 White-tailed deer have been observed to be susceptible to severe acute respiratory syndrome coronavirus 2 (SARS-CoV-2). They can also transmit the virus both through direct and indirect contact to one another, researchers find. The research paper is available to be read online in the Journal of Virology. 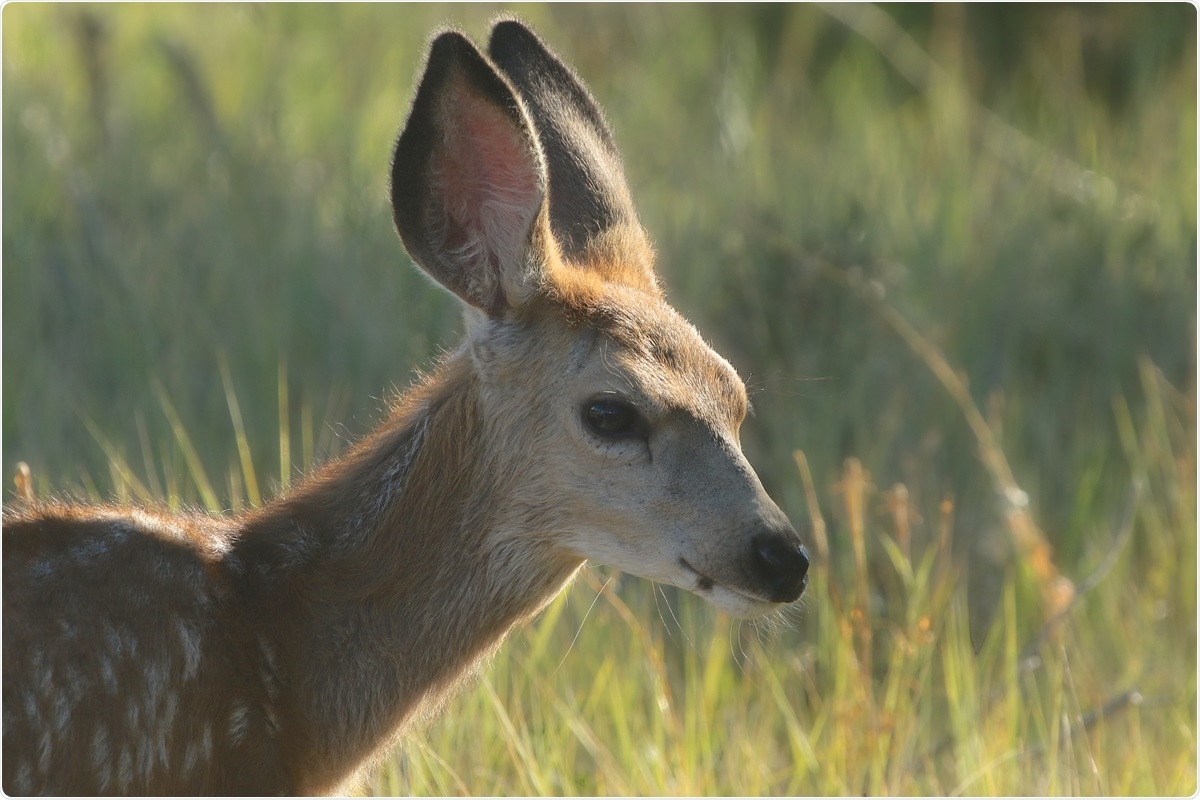 The origins of SARS-CoV-2, the underlying causative agent for coronavirus disease 2019 (COVID-19), are still unknown. Genome sequencing of the virus has so far provided evidence of an origination event in horseshoe bats. However, as no evidence can be found for direct bat-human transmission, it seems likely that COVID-19 was passed to humans through an intermediate animal host, as has been observed in previous coronavirus outbreaks.

COVID-19 has been observed to be transmissible from humans to various animal species, such as ferrets, minks, dogs, cats, hamsters, and, unsurprisingly, non-human primates. This cross-species transmissibility has raised concerns about local wildlife outbreaks of the pandemic.

SARS-CoV-2 binds to the angiotensin-converting enzyme 2 (ACE2) receptor of human cells. Researchers in the United States suspected that some species of deer, such as the white-tailed deer (Odocoileus virginiaus), would also be susceptible to the virus, as their ACE2 receptors are highly homologous to human-ACE2.

Diego Diel and colleagues experimentally inoculated a small group of 4 white-tailed deer fawns with SARS-CoV-2 and housed them in a pen neighboring 2 healthy fawns divided by a plexiglass screen. No clinical signs of illness were observed in the animals; however, the virus was able to rapidly replicate itself and shed to the healthy animals through fecal droplets and nasal secretions.

This research paper’s findings are important, assuming the zoonotic origin of SARS-CoV-2, as it has identified more animal species susceptible to the disease.

The authors note that all individual animals used were just six weeks old at the start of the study, and none had any discernible underlying health conditions. In humans, 80% of cases are either asymptomatic or mild. The majority of severe and fatal cases being found in elderly or predisposed individuals – the researchers suspect the same would likely be true in wild white-tailed deer populations.

Two other species of deer, Elephurus davidianus and Rangifer tarandus, have similar ACE2 homology. So the virus would likely be able to establish itself in these species too, though the effects of which are as yet unknown.

The researchers also noted that other cervid species must be considered in future investigations to identify species that may act as COVID-19 reservoirs.

COVID-19 has repeatedly shown been shown to be highly transmissible across human and animal hosts and appears to show little discrimination for cross-species transmission. This further highlights the need for tighter restrictions to prevent virus transmission to susceptible wildlife animal populations, and to prevent continued outbreaks in local communities.