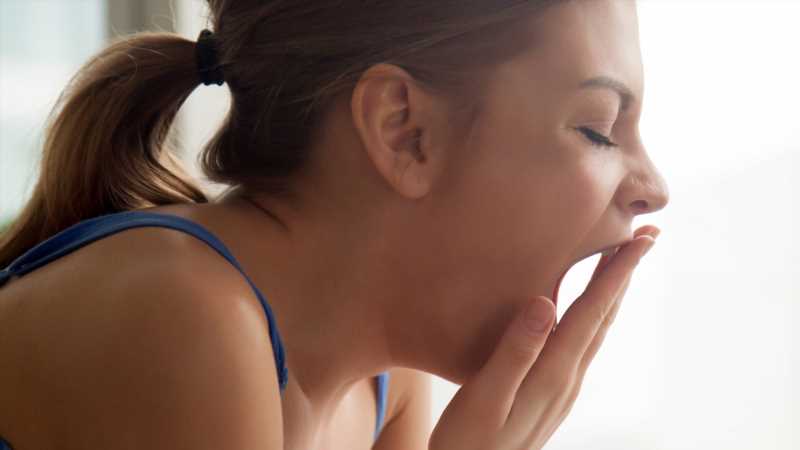 There are times in life, either at work or during a conversation, when letting out a huge yawn can be deemed inappropriate. Because of this, it’s pretty common that people will hold in their yawns to not offend others or appear rude. However, holding back a yawn can affect your body in ways you probably never imagined.

In general, yawning is associated with boredom, tiredness, and the sight of someone else letting out a yawn. However, as noted by Robert Provine, a psychologist at the University of Maryland and author of Curious Behavior: Yawning, Laughing, Hiccupping, and Beyond, yawning is to this day considered somewhat of a medical mystery (via BBC). “Yawning may have the dubious distinction of being the least understood, common human behavior,” Provine previously stated.

Although, some research has concluded that yawning might not just be a sign of tiredness, but instead your body’s way of cooling itself (via Glamour).

Why you probably shouldn't hold in a yawn

According to research carried out by Princeton University’s Department of Ecology and Evolutionary Biology, one possible purpose of yawning is cooling the brain and helping to regulate its temperature. Which, in turn, benefits your overall health by ensuring you feel more cool and collected.

Andrew C. Gallup, PhD., the lead author on multiple studies about thermoregulation and yawning, shed more light on this theory, adding that yawning also helps to increase blood flow in the body. “Brain temperatures are determined by three variables: rate of arterial blood flow, the temperature of the blood and the metabolic heat production within the brain.” Per the Huffington Post, Gallup continued, “So yawning may function in altering the first two variables: increasing arterial blood flow and allowing the flow of cooler blood to the brain.”

By holding back a yawn, you could inadvertently be preventing your body from cooling the brain and reducing certain blood flow. So, when it comes to yawning, the phrase “it’s better out than in” most certainly applies.