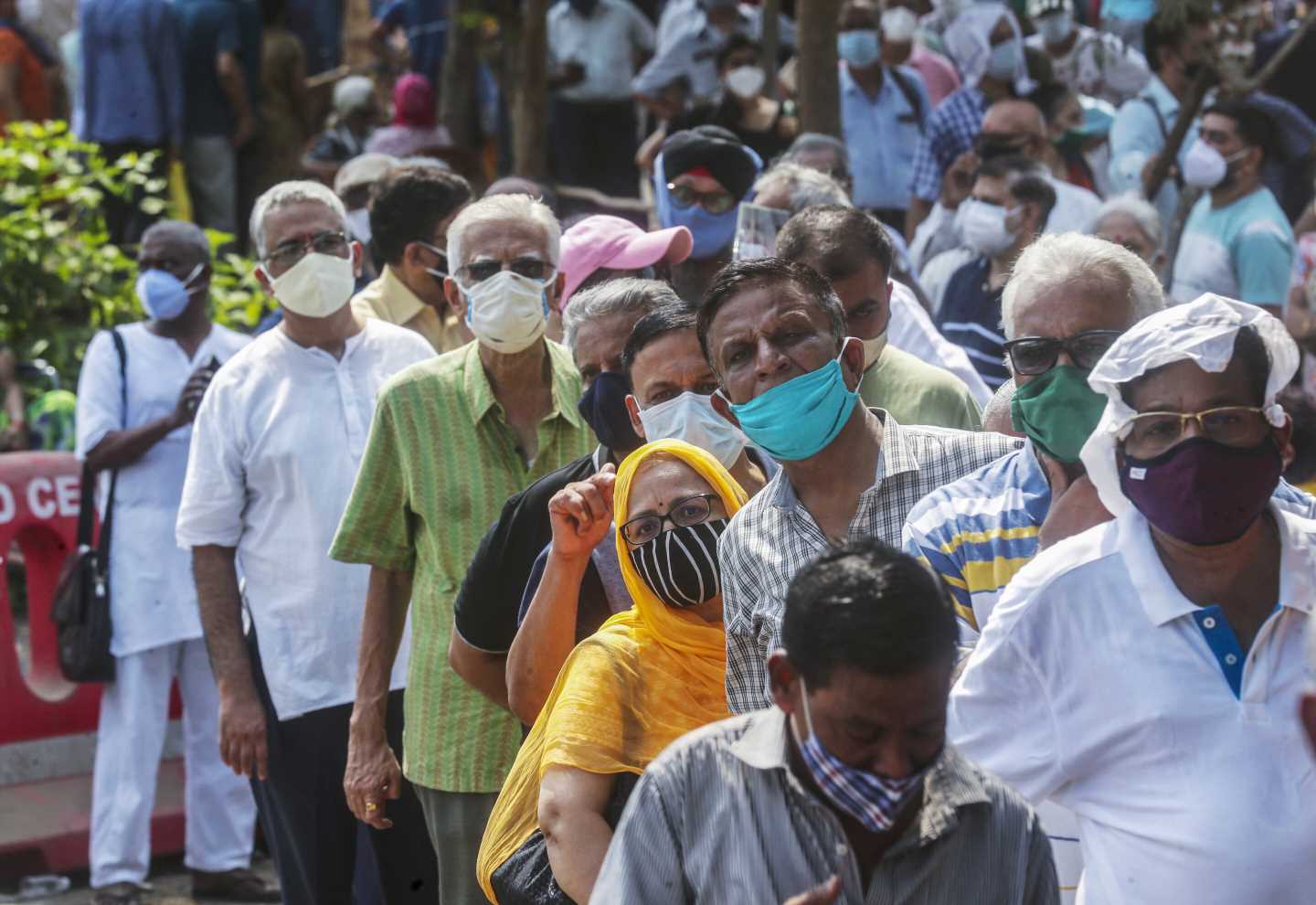 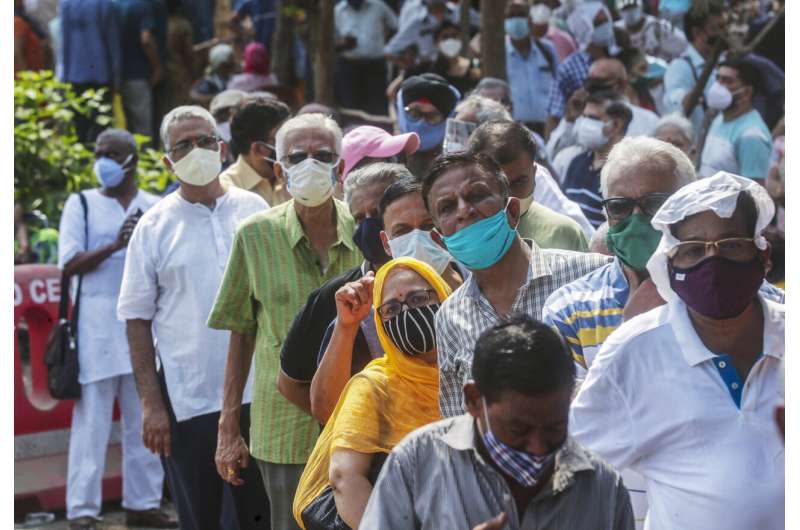 As the coronavirus tears through India, night watchman Sagar Kumar thinks constantly about getting vaccines for himself and his family of five amid critical shortages of shots in the country. But even if he knew how to get one, it wouldn’t be easy.

The main way is to register through a government website. But it is in English—a language the 25-year-old Kumar and nearly 90% of Indians can’t speak, read or write—and his family has a single smartphone, with spotty internet service.

And even though his state of Uttar Pradesh gives free shots to those under 45, there is no vaccination site in his village, with the nearest hospital an hour away.

“All I can do now is hope for the best,” Kumar said.

The pandemic’s disparities already were stark in India, where access to health care is as stratified and unequal as many other parts of society. Now wealth and technology is further widening those chasms, and millions are falling through the gaps.

That worries health experts, who say vaccine inequality could hamper India’s already difficult fight against a virus that has been killing more than 4,000 people a day in recent weeks.

“Inequitable vaccination risks prolonging the pandemic in India,” said Krishna Udayakumar, founding director of the Duke Global Health Innovation Center at Duke University in North Carolina. “Reducing barriers for the most vulnerable populations should be a priority.” 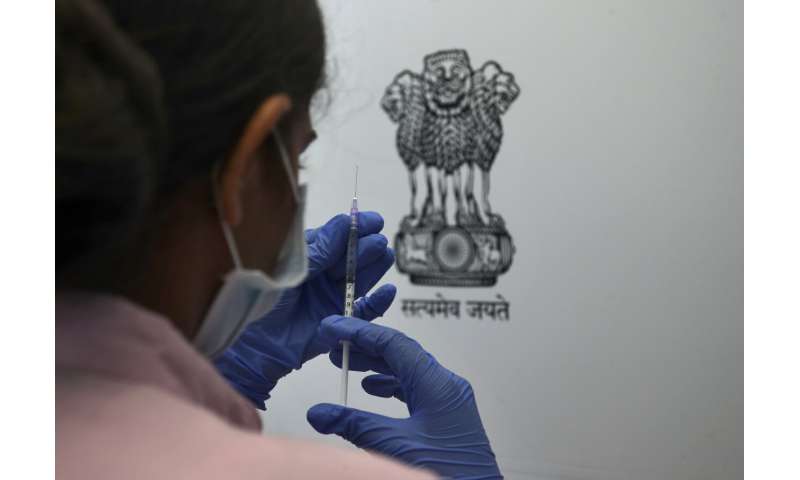 India’s vaccination campaign began in January with a goal of inoculating 300 million of its nearly 1.4 billion people by August. So far, however, it has fully vaccinated a little over 42 million people, or barely 3% of its population.

The government didn’t reserve enough shots for the campaign and it was slow to scale up vaccine production. Then, with the country recording hundreds of thousands of new infections daily, the government on May 1 opened up vaccination to all adults.

That made an already bad shortage even worse.

Amid those challenges, the federal government also changed its policy on who can get vaccines and who must pay for them. It allotted itself half of the shots in the country and said it would give free shots to front-line workers and those 45 and older.

Individual states and private hospitals could then negotiate deals with the country’s vaccine-makers for the other half of the shots, the government said. That effectively put the burden for inoculating everyone under 45 on states and the private sector, who often ask members of the public to pay as much as $20 for a shot. 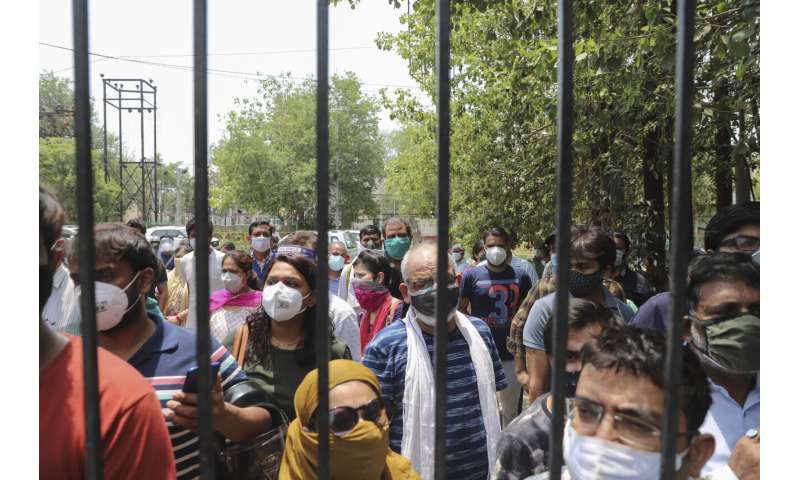 The disparities already are showing in rich states where private hospitals tend to be concentrated.

The capital of New Delhi has given first shots to 20% of its residents, while Bihar state, one of the poorest, has only given shots to about 7.6% of its population. And even states that are providing free shots often can’t keep them in stock—both because of the shortage and competition with the private sector.

Many experts say the federal policy is a mistake, and it will hit the poorest the hardest.

“Vaccinating people is the national duty of the government and they need to vaccinate everyone for free,” said K Srinath Reddy, president of the Public Health Foundation of India. “Nobody should be denied a vaccine because they are unable to afford it or register for it.” 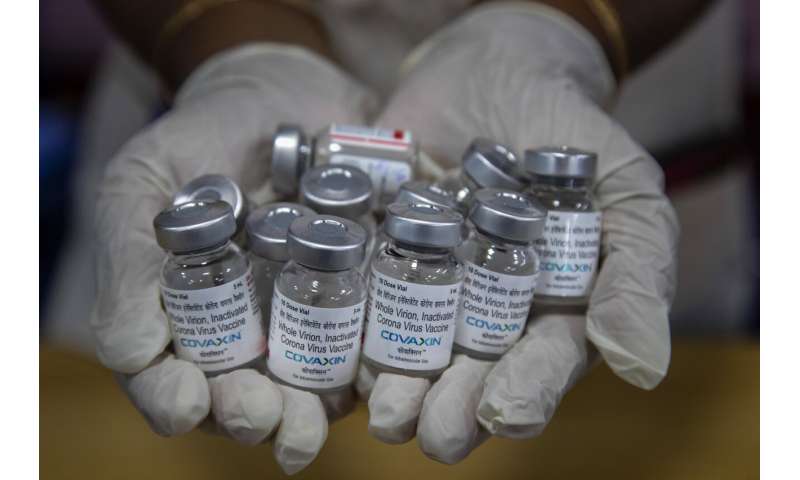 If people get sick, Dreze said, they will not be able to work. That in turn could push many more into poverty.

Already, the poor have to miss work, forgo the day’s wages and travel long distances to get vaccinated.

“We should not just make vaccines free but also give people incentives to get vaccinated,” Dreze said.

The national government is seeking to address some of the concerns. It has said the website to register for shots will soon be available in Hindi and other regional languages. Still, experts point out half the population lacks internet access, so the better solution would be easier, walk-in registrations for all.

The government also has said it will alleviate the vaccine shortages, insisting there will be about 2 billion doses available between June and December. Experts, however, say the government will likely miss that goal. 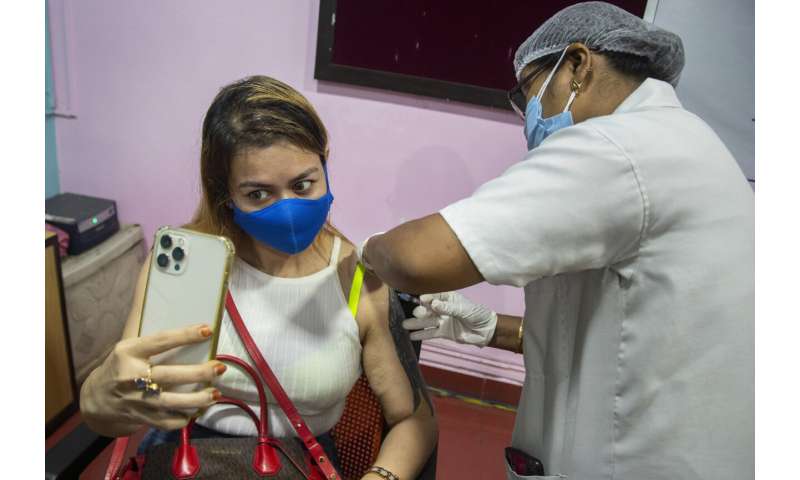 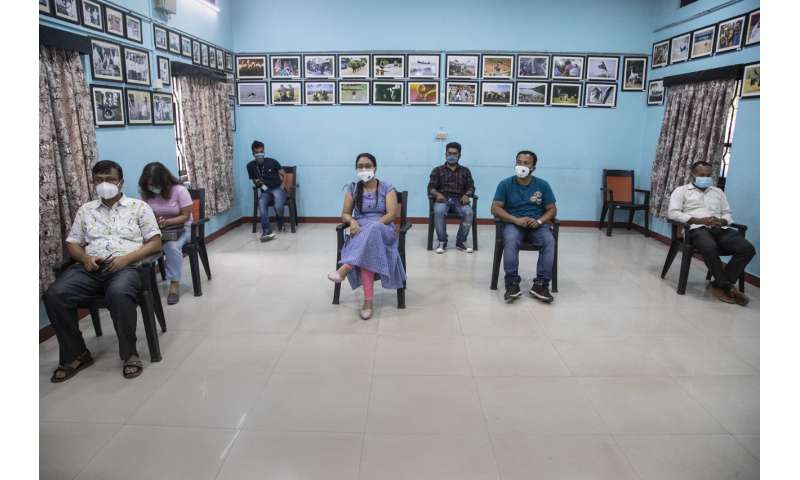 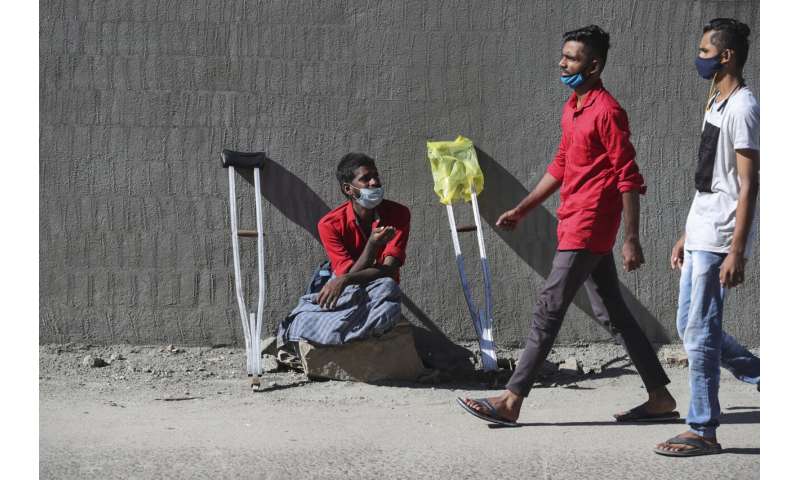 India’s health ministry did not respond to requests for comment from The Associated Press.

Kavita Singh, 29, was making the equivalent of $250 a month working as a domestic helper in a wealthy part of the capital. But as cases began to surge in April, she lost her job.

“They were scared I would spread the virus and told me to come back only after I am vaccinated,” Singh said.

She could not afford paying for a shot, so Singh and her three daughters returned to her village in Bihar state. There’s no vaccination center nearby, and Singh said she doesn’t know if she’ll ever be able to return to New Delhi.