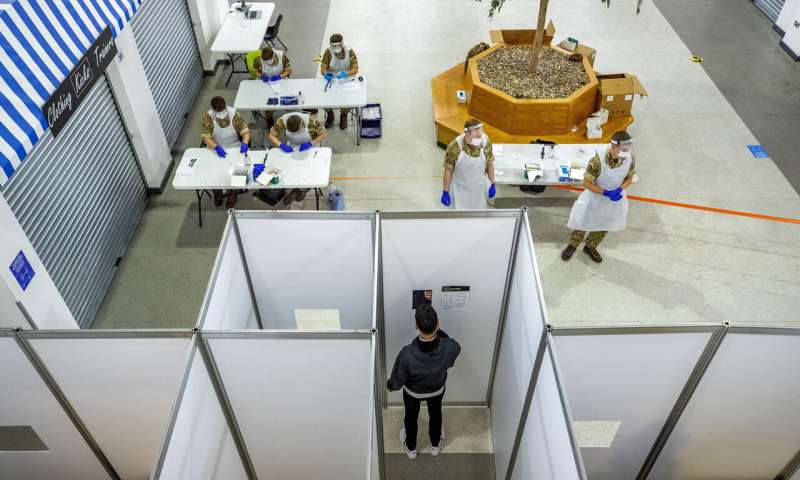 The United Kingdom on Wednesday became the fifth country in the world to record more than 50,000 coronavirus-related deaths, a level that one of the nation’s leading doctors says “should never have been reached.”

Figures from the British government showed that 595 more people in the country died within 28 days of testing positive for the virus, the highest daily number since May. The figure took the U.K.’s total death toll from the pandemic to 50,365.

The U.K, which has the highest virus-related death toll in Europe, joins the United States, Brazil, India and Mexico in reporting more than 50,000, according to a tally maintained by Johns Hopkins University.

The U.K.’s overall death toll is widely considered to be far higher than that as the total reported only includes those who have tested positive for the virus and doesn’t include those who died of COVID-related symptoms after 28 days.

Like other nations in Europe, the U.K. is experiencing a resurgence of the virus and has imposed new restrictions to curb infections over the past few weeks. England is currently in the midst of its second lockdown, which is due to expire on Dec. 2.

Following the news about the death toll exceeding 50,000, Prime Minister Boris Johnson said the U.K. is better equipped to handle outbreaks than it was during the first wave in the spring, when the country reported more than 40,000 deaths. 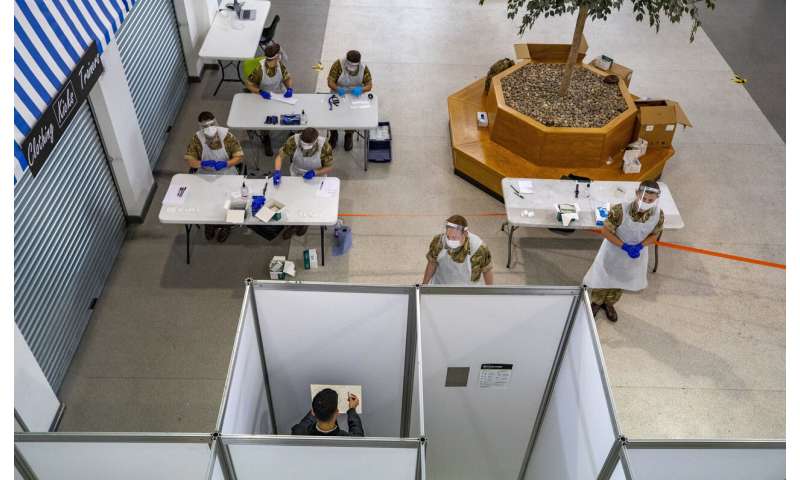 In addition to the prospect of a vaccine or vaccines against the coronavirus coming through in the next few months, Johnson cited far more widespread testing. Last week, the government started its first city-wide testing program in the northwest England city of Liverpool. It is planning more widespread testing around the country over the coming weeks, including of university students in early December ahead of their return home for Christmas.

“It is a global pandemic whose effects, whose treatments, whose implications for the economy—all those have been becoming clearer and clearer as the months have gone on,” said Johnson, who was hospitalized in April after contracting the virus.

In Wednesday’s daily update, the British government also said that another 22,950 people tested positive for the virus. While the number of new cases is much higher than 24-hour statistics recorded in the summer, daily confirmed cases appear to be stabilizing, or at least, growing far more slowly. 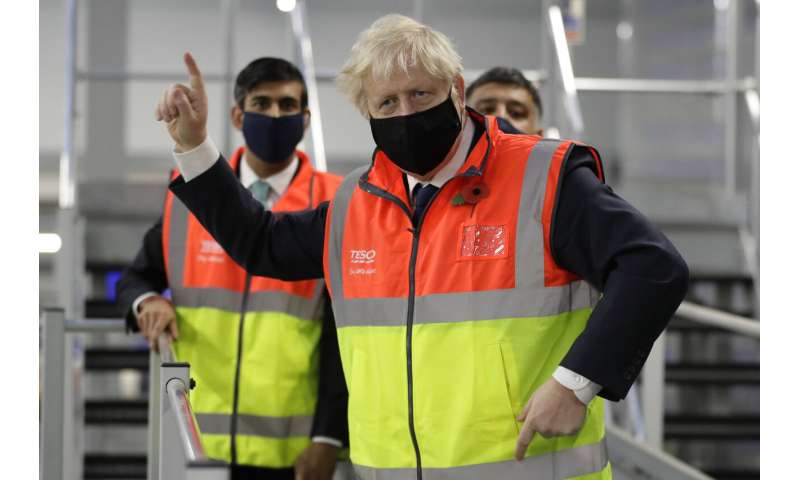 Because of time lags, most scientists expect the number of people being hospitalized and dying to continue rising for weeks, even after the number of confirmed infections do start going down.

“Sadly the upward trend is likely to continue, and it will be several weeks before any impact of the current measures—and the sacrifices we are all making—is seen and is reflected in the data,” said Dr. Yvonne Doyle, medical director of Public Health England.

Under the terms of the current lockdown in England, non-essential places such as pubs, restaurants, hairdressers, golf courses, gyms, swimming pools, entertainment venues and stores selling items like books, clothing and sneakers, must remain closed until at least Dec. 2.

Unlike the U.K.’s spring lockdown, schools and universities in England are remaining open this time, as are construction sites and factories. 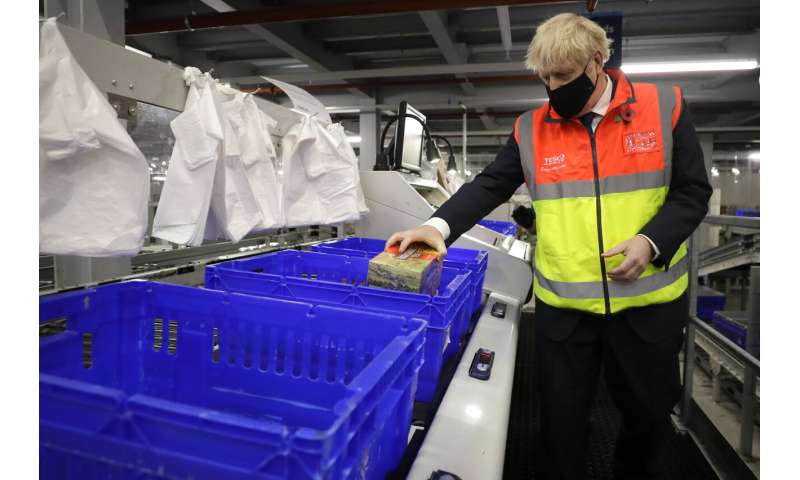 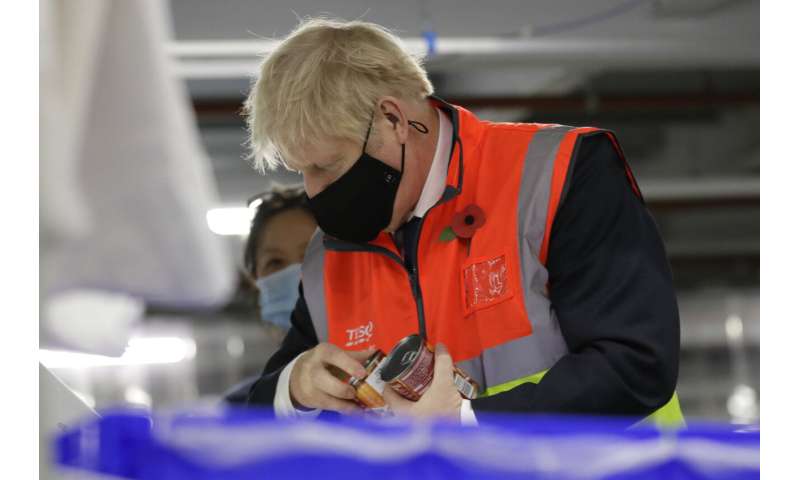 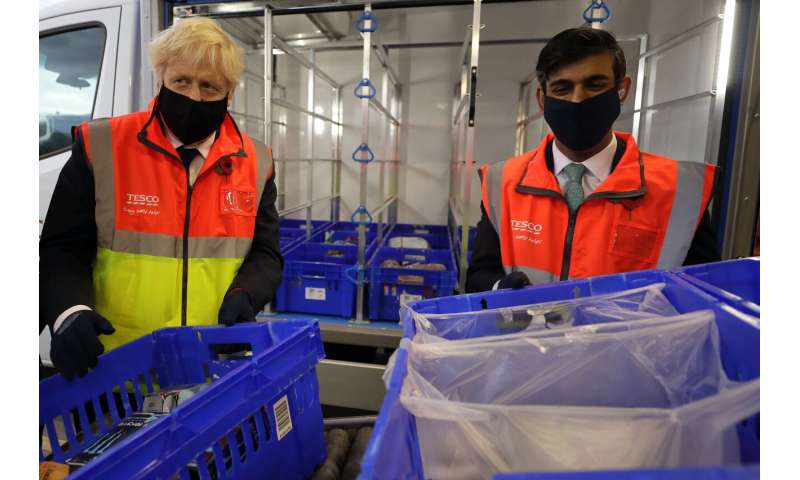 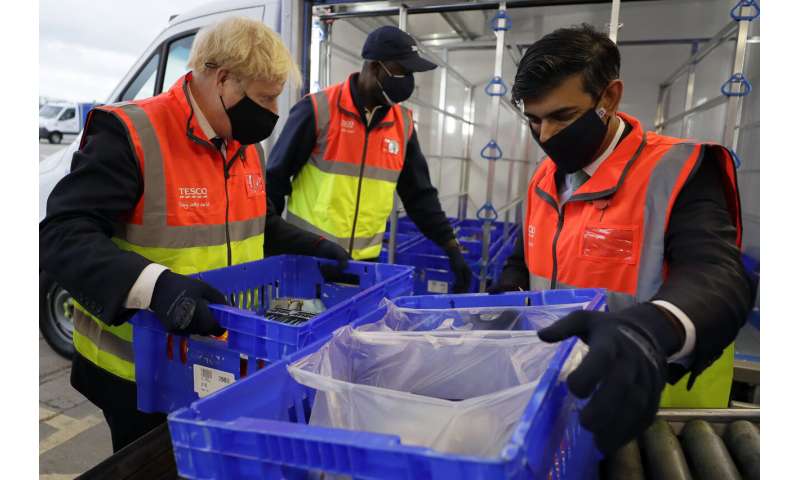 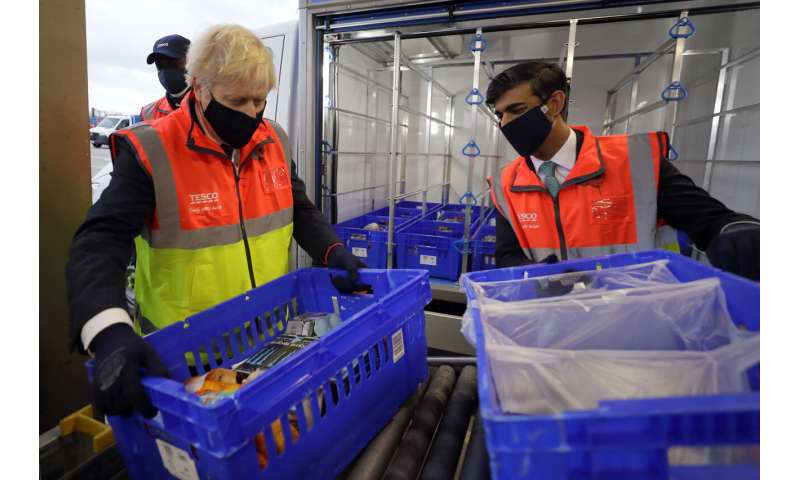 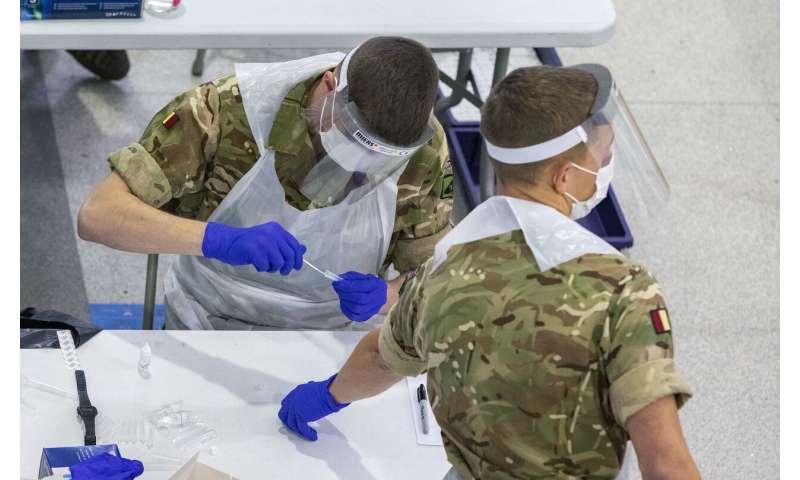 In a visit to a supermarket in southeast London, Johnson said that “hopefully” the four-week lockdown in England will be eased enough for people to have a Christmas that is “as normal as possible.”

Whatever happens in the near-term, there are calls for a public inquiry to assess a range of issues that many think have led to more deaths in the U.K. than should otherwise have occurred, from problems with the testing program to shortages of personal protective equipment at the outset of the pandemic, as well as the high death rates in care homes and within ethnic minority groups.

“Today’s figure is a terrible indictment of poor preparation, poor organization by the government, insufficient infection control measures, coupled with late and often confusing messaging for the public,” said Dr. Chaand Nagpaul, council chair of the British Medical Association, a union for doctors.