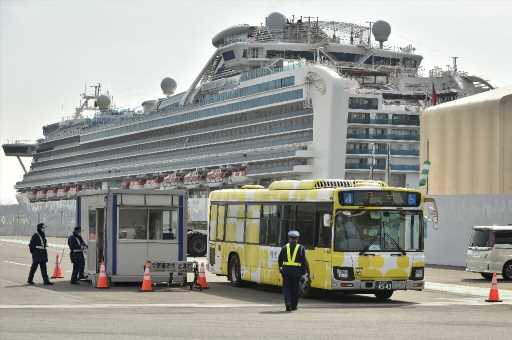 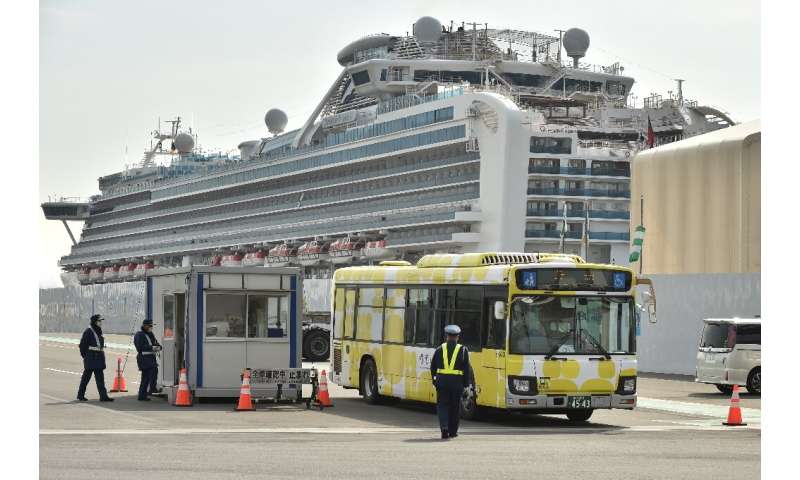 Two elderly former passengers from the coronavirus-wracked Diamond Princess died Thursday, Japanese authorities said, as fears mount for those who have left the ship after testing negative for the virus.

The man and woman, both Japanese and in their 80s, were taken off the cruise ship last week and died in hospital, the first fatalities among the more than 600 passengers and crew who have tested positive for the virus.

“I pray for their souls and offer condolences to their bereaved families,” Health Minister Katsunobu Kato told MPs.

“The two were sent to medical facilities when they showed symptoms. I believe that they received the best possible treatment,” he said.

The huge vessel moored in Yokohama near Tokyo is easily the biggest coronavirus cluster outside the Chinese epicentre, with 621 positive cases confirmed among the passengers and crew.

On Wednesday, 443 passengers disembarked after testing negative for the COVID-19 virus and not showing symptoms during a 14-day quarantine period. The removal of all passengers was expected to take at least three days.

More passengers left the ship Thursday, packing into yellow buses and leaving for stations and airports to head home.

But questions are increasingly being asked as to why former Diamond Princess passengers are able to roam freely around Japan’s famously crowded cities, even if they have tested negative.

“Is it really safe to get off?” screamed a headline in the Nikkan Sports tabloid.

The paper quoted one passenger who said he was tested on February 15, but only left four days later.

“I thought I could be infected during the four days. I thought ‘Is it really OK’?” 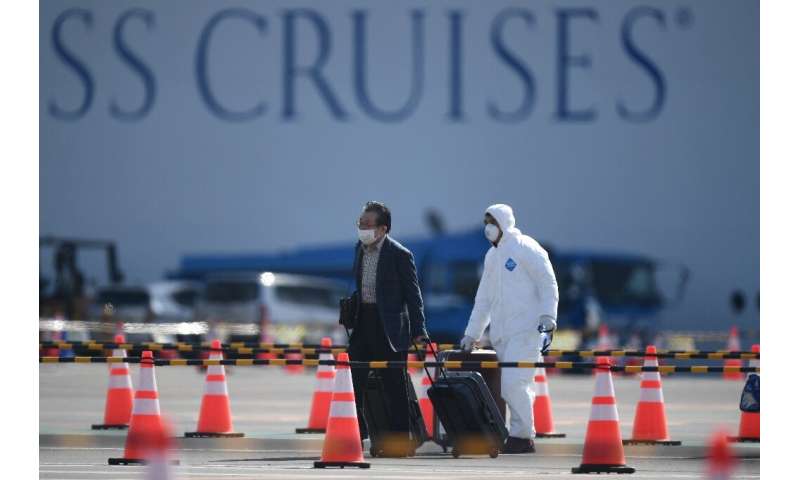 The Diamond Princess was quarantined on February 5 when a passenger who left in Hong Kong was found infected with the virus.

Passengers were confined to cabins except for brief trips on deck wearing masks and gloves, when they were told to keep their distance from others.

But a specialist in infectious diseases at Kobe University rocked the boat with a video slamming “completely chaotic” quarantine procedures onboard—rare criticism from a Japanese official.

“The cruise ship was completely inadequate in terms of infection control,” said Kentaro Iwata in videos he has since deleted, saying “there is no need to discuss this further”.

The videos had been viewed more than a million times in Japanese and hundreds of thousands of times in English.

Speaking to reporters on Thursday, Iwata said he had heard from a colleague on board that quarantine procedures had improved.

“I think that because of the improvement, the risk of secondary infection has been reduced for the passengers. It remains for the crews,” he said.

However, he recommended that all those disembarking the ship should be monitored for at least 14 days and should avoid contact with others.

Japanese authorities have defended their procedures, stressing that risky and safe areas were strictly divided and there was a station installed for safely removing contaminated gear. 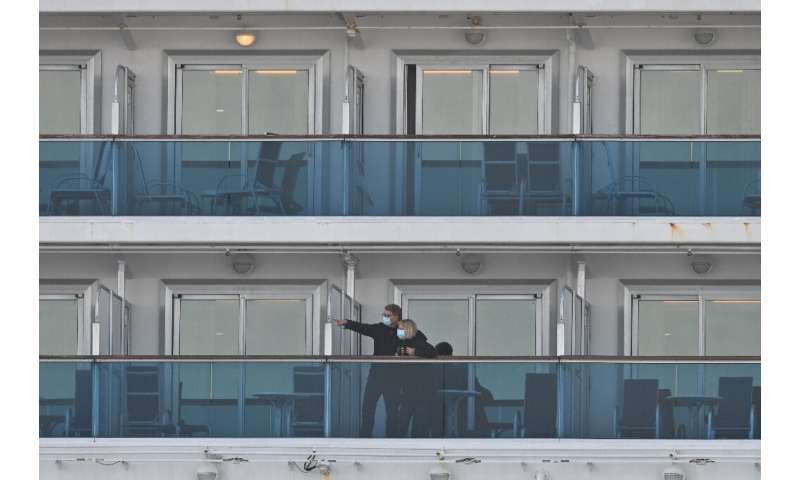 “We’ve been doing our best in the circumstances,” Kato told MPs on Thursday morning.

“I want you to understand that not only our officials at the health ministry but also Self-Defense Forces officials and medical officials are working desperately hard,” he added.

The government also released a document from the National Institute of Infectious Diseases (NIID), which pointed to “clear evidence that substantial transmission of COVID-19 had been occurring prior to implementation of quarantine on Diamond Princess.”

“Quarantine intervention was effective in reducing transmission among passengers,” the report concluded.

“Due to the nature of the ship, individual isolation of all those aboard was not possible. Sharing of cabins was necessary, and some crew had to continue to perform essential duties for the functioning of the vessel.”

The 1,045 crew members on board are expected to endure a further 14-day quarantine after the last passenger has disembarked.

Several countries have evacuated their citizens from the ship and insisted they undergo a further 14-day quarantine when they arrive on home soil.