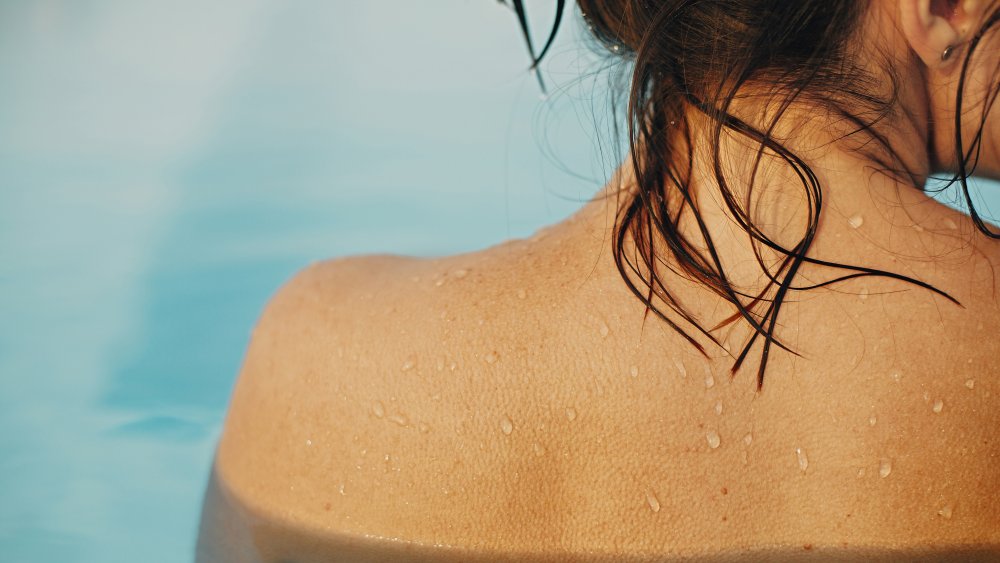 Everything about goosebumps is strange. There’s the name. There’s the way they look on our skin: rows after rows of tiny, pin-prick pimples, fine hairs rising from the centers like the bristles on a toothbrush. Then there are the many, seemingly-unrelated things that elicit goosebumps: cold air, fear, your favorite song, a good workout. And now, scientists at Harvard University have identified something even stranger about goosebumps: They can make your body grow more hair, so that you won’t be cold anymore. In a study published in the journal Cell, the scientists revealed that the same type of cells that cause goosebumps are also responsible for regulating hair growth.

“It’s a two-layer response: goosebumps are a quick way to provide some sort of relief in the short term. But when the cold lasts, this becomes a nice mechanism for the stem cells to know it’s maybe time to regenerate new hair coat,” Yulia Shwartz, a postdoctoral student co-author of the study, explained to The Harvard Gazette.

Goosebumps sure are resourceful — growing hair when we don’t have a sweater handy! But why do we get these things in the first place?

We get goosebumps when our bodies perceive a threat

When we get them because we’re cold, goosebumps trigger muscle movements that warm us up, per Scientific American. In situations where we’re feeling a strong emotion, whether it’s fear or musical inspiration, goosebumps are a gift to us from our sympathetic nervous system, which is also called the fight-or-flight response. It’s your body’s way of saying, “Whoa, look out!” when it perceives a threat. And having any sudden, strong emotion — even a good one — is at first interpreted as an attack, according to Mitchell Colver, a researcher at Utah State University. “Literally, in the few split seconds between our emotional brain’s interpretation and our cognitive brain’s interpretation, something really funny happens: The emotional brain fires (BLAM!) all of our typical threat-response behaviors,” Culver told Discover.

You’ll likely notice that as quickly as they appeared, the goosebumps will disappear once you’ve warmed up, or your brain has processed the emotions that your sympathetic nervous system first perceived as a threat (per Healthline). Other common fight-or-flight responses, like sweaty palms or a racing heart, also dissipate when your body gets the “all clear” from your brain. It’s all part of a system of different parts of the body looking out for each other, and fortunately we have our cognitive brain to tell the sympathetic nervous system to slow its roll when there’s truly nothing to worry about.