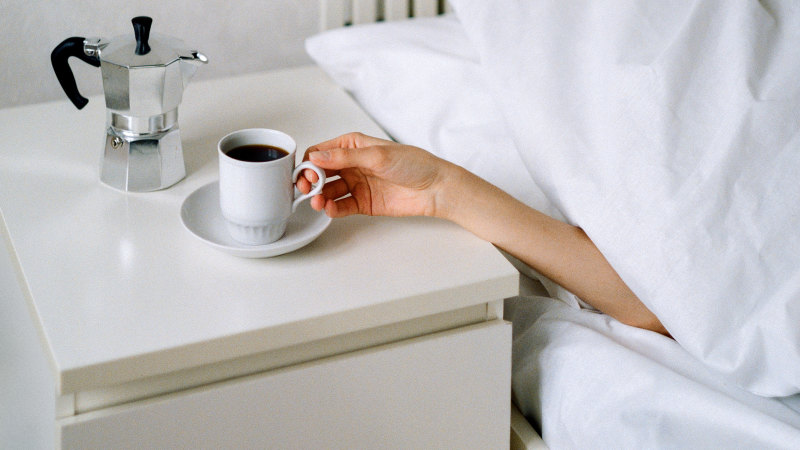 Some people bounce out of bed in the morning ready to take on the world. Then there are those who struggle to even get out from under their doona. Once up, they’re groggy and take ages to properly wake. 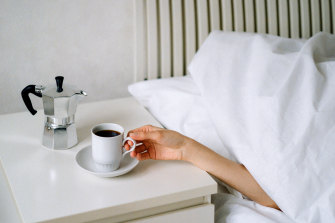 While sleep inertia usually lasts for minutes, at most half an hour, some people struggle for up to four hours.Credit:Stocksy

I know all of this because, while my husband has his feet firmly planted in the “early bird” lane, I often limp through life in the “early morning sloth” zone. It’s not until I’ve had my first (and sometimes second) coffee that my brain even starts revving up.

Jane gets it. “I’m really slow, my eyes are really heavy, and it takes me a while to switch on and respond to things,” the 35-year-old says.

Her two dogs know it too, and don’t even try to wake her when they need to go outside in the morning, because she takes too long to rouse. Instead, they patter across the room to nudge her husband awake.

There’s a reason Jane and I struggle so badly in the morning: sleep inertia. That’s what Dr Moira Junge, health psychologist and CEO of Sleep Health Foundation, says.

She explains that sleep inertia is “a temporary period of sleepiness and poor cognitive performance and awareness” when you wake up. “In other words, you feel very groggy and disorientated and not quite sure where you are and what you’re doing.”

While this grogginess usually lasts for minutes, at most half an hour, some people struggle for up to four hours. (If it goes all day, it’s excessive daytime sleepiness and Junge recommends seeing your doctor.)

The reason some people experience sleep inertia while others don’t relates to where someone is in their sleep cycle when they need to get up. Junge says early birds have their deepest sleep a few hours before the sun rises and are therefore in a light sleep stage when their alarm goes off. That means they can then easily transition to wakefulness, which is why they feel “really quite light” when they rise.

Night owls, on the other hand, are more likely to be in a deeper sleep cycle when their alarm rings. Yanking yourself out of a deep sleep cycle and being thrust into wakefulness isn’t easy, Junge says, which is why night owls can start the day feeling worse for wear.

But sleep inertia doesn’t just affect night owls. It can also rear its head when waking from an afternoon siesta. In fact, Junge says it’s the reason people are advised to limit themselves to 15-minute power naps. Snoozing longer makes you more likely to slip into a deep sleep cycle, leaving you more sluggish than when you dozed off.

Sleep inertia doesn’t just affect night owls. It can also rear its head when waking from an afternoon siesta.

If night owls simply followed their natural rhythm (going to bed late and sleeping in), they’d have no issues with sleep inertia. But Junge acknowledges that this is not always feasible.

Instead, she says, starting the day with exposure to natural light can kick start your level of alertness. Caffeine helps, too. Moving your body, especially outdoors, can also do wonders.

Movement does the trick for Jane, which is why she heads to gym first thing. Getting there is a slog, she admits, so she often sleeps in her gym gear to skip an extra step in the morning.

As for me, I heavily rely on caffeine on the days I’m struggling with sleep inertia. And on the days I follow my natural sleep rhythm – going to bed late, followed by a good sleep-in – I usually don’t have sleep inertia at all. Instead, I savour how good it feels to practically bounce out of bed, ready to take on the world.

Make the most of your health, relationships, fitness and nutrition with our Live Well newsletter. Get it in your inbox every Monday.

Most Viewed in Lifestyle