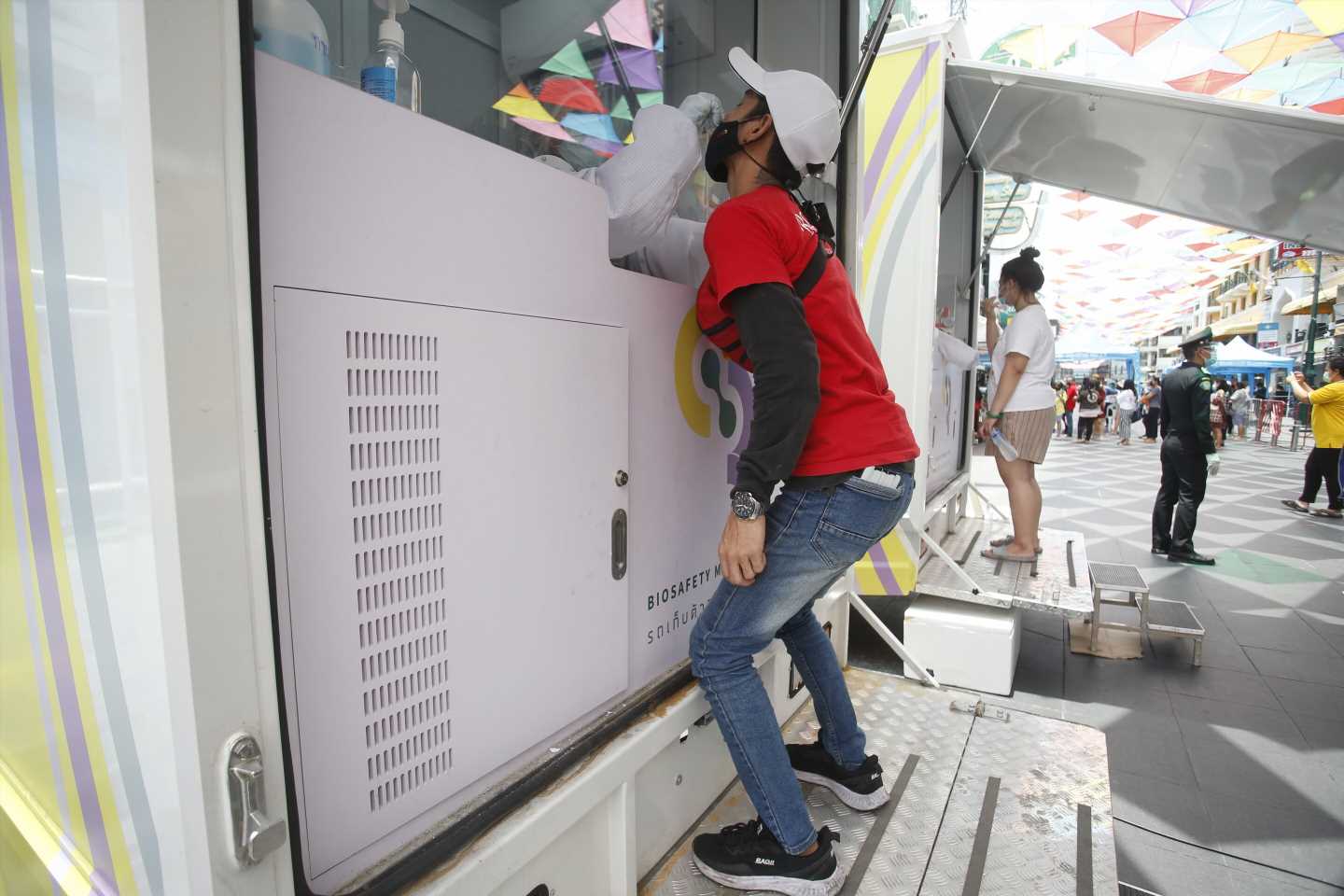 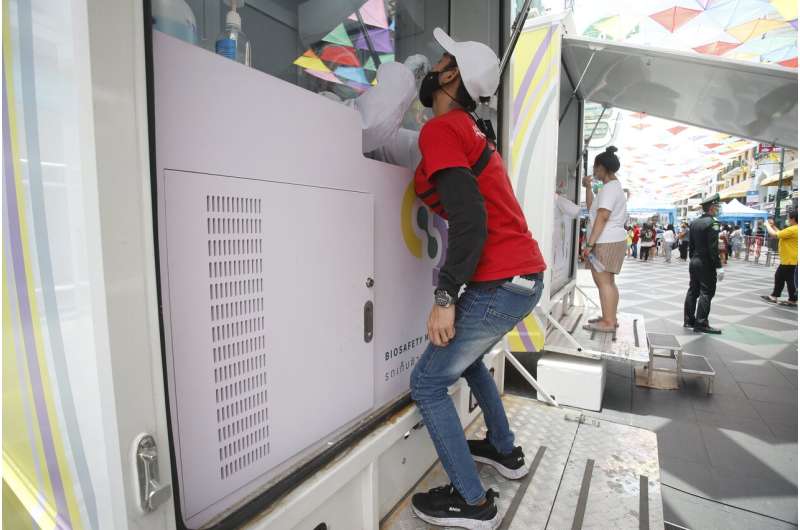 Thailand reported more than 1,300 new COVID-19 infections on Wednesday, setting another daily record and adding pressure on the government to speed up a nearly nonexistent vaccination drive and do more to control a surge that comes amid mass travel as the country celebrates its traditional New Year festival.

The 1,335 new infections brings the number of new cases to nearly 7,000 since April 1, when a cluster linked to nightclubs and bars in central Bangkok was found. Most of the new cases reported Wednesday were yet again in Bangkok, but also seeing hefty increases were the northern province of Chiang Mai and the southern seaside province of Prachuap Khiri Khan.

Many of the new infections are a more contagious variant of the virus first found in the U.K. and that coupled with widespread travel for the Songkran festival, or Thai New Year, is fueling the surge, said Dr. Opas Karnkavinpong, director-general of the Disease Control Department. The festival officially began Tuesday and lasts for three days, but many people travel for a week.

Large daily increases in new infections had been rare for Thailand, which has weathered the pandemic far better than many nations through measures including strict border controls that have decimated the country’s lucrative tourism industry. Thailand has also experimented at times with everything from curfews and alcohol bans to closures of schools, shopping malls and restaurants. 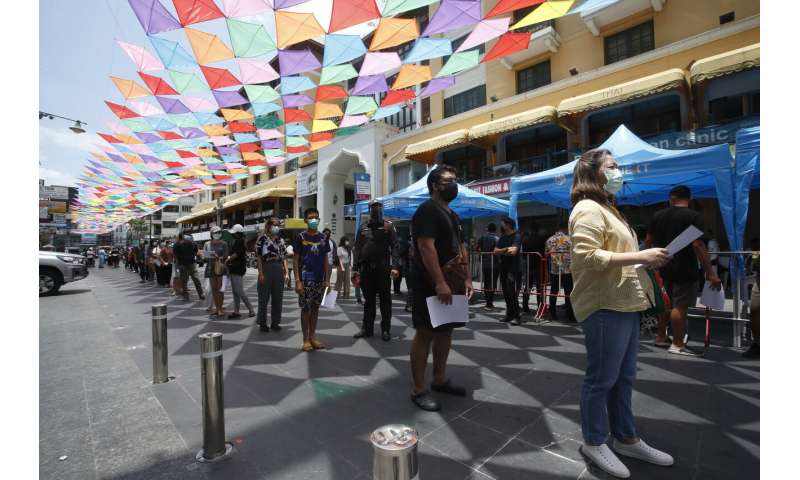 Thailand has reported just 35,910 infections and 97 deaths since the pandemic began, yet it has vaccinated less than 1% of its population and on Wednesday reported fewer than 800 people had been given vaccine doses in the past day.

With millions of Thais moving around the country—often from urban areas to rural villages—for Songkran, Prime Minister Prayauth Chan-ocha and his government have faced questions as to why they didn’t prevent people from traveling as they did last year when they canceled the festival at a time when the country was reporting far fewer infections.

Opas said that Thailand’s policy of hospitalizing all infected patients whether they have symptoms or not needed to continue as the “main strategy” to control the current surge.

“We cannot risk more infections caused by those who break their home quarantine and wander to other places,” he said at a daily press briefing. 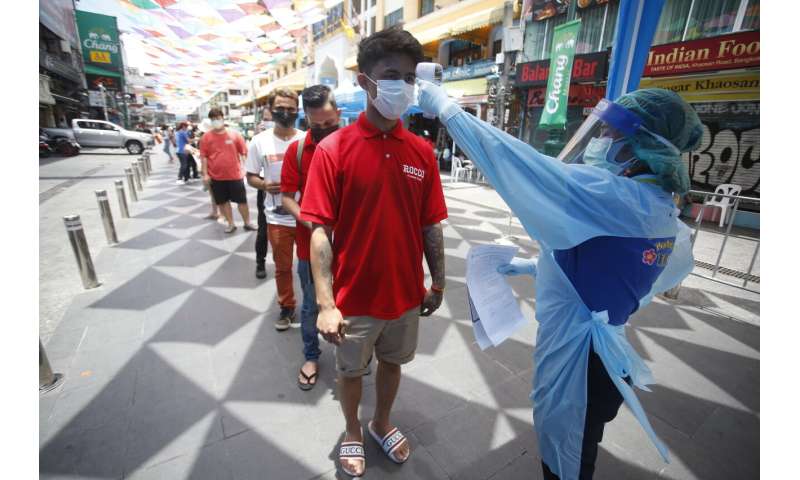 The policy coupled with the pace of new infections has caused shortages of hospital beds for COVID-19 patients in major cities including Bangkok and Chiang Mai. The government said the problem was being addressed through adding beds at private and public hospitals and at field facilities set up at military bases and in university halls, conference centers and sport venues.

Opas said the hospitalization strategy for infected people, along with more stringent containment measures elsewhere, would eventually lower the daily rate of infection to less than 100. He said the government planned to implement a work-from-home order for all public services after Songkran.

Opas ruled out a general lockdown, but said the Health Ministry was mulling targeted ones in high risk areas. The government has already ordered a shutdown of all bars and entertainment places in Bangkok and 40 other provinces. 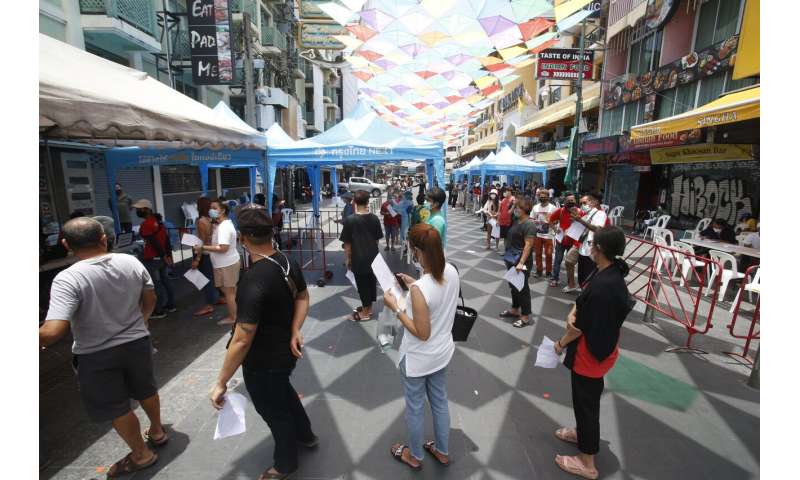 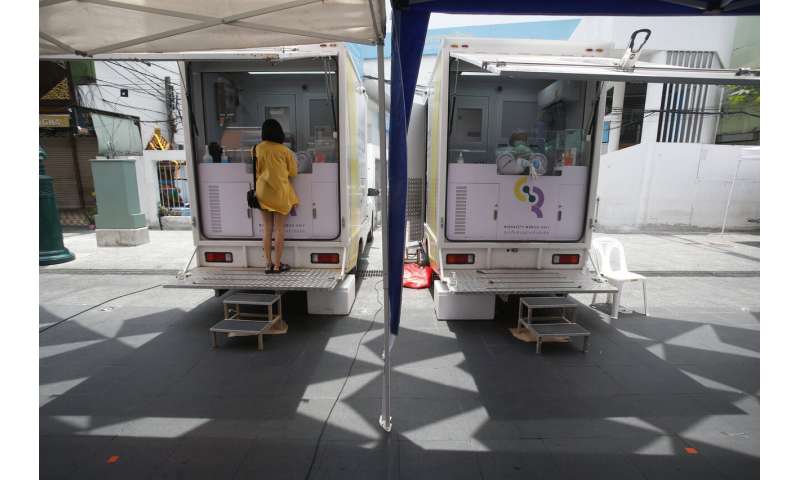 Rewat Wisutwet, the deputy chief of the opposition political party Sereeruamthai and a former Health Ministry official, said increasing the vaccination rate was critical to blunting the spread of the virus.

“Thailand’s rate of vaccination is very low—too low to be effective in prevention. And we might eventually see the country’s health care system fail if the number of infections keeps rising quickly,” he told AP by phone.

“The government must find the money to spend on vaccines … and do it fast,” Rewat said. He said waiting for a surge in vaccination mid-year as currently planned “will be too late.”