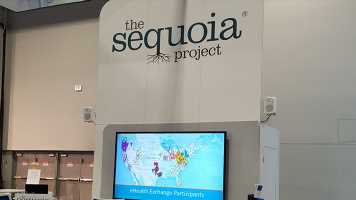 Since the passage of the 21st Century Cures Act in 2016, federal agencies have been working to implement systems that allow health information networks to exchange information around the country.

“There’s a large recognition of the success we’ve had in computerizing our nation’s healthcare system, but also a recognition that those computers just do not talk to each other,” said John Rancourt, director of the Interoperability Division at the Office of the National Coordinator for Health Information Technology, in a recent HIMSS20 Digital presentation.

ONC drew on language in the act to begin developing the Trusted Exchange Framework and Common Agreement, or TEFCA.

TEFCA’s goals include providing a single “on-ramp” to send information, support nationwide scalability and ensure electronic health information will follow an individual when they need it. (Seventy-eight percent of hospitals, according to Rancourt, use more than one interoperability method to send data.)

TEFCA consists of two parts. The Trusted Exchange Framework is a set of nonbinding, foundational principles – such as standardization, transparency and security – for facilitating trust between health information networks, explained Rancourt and other panelists during the talk, A Journey to Trusted Exchange.

“This is the starting point for the work that is the creation of the Common Agreement,” Rancourt said. The Common Agreement, in turn, is the contract creating the basic legal and technical requirements for allowing network-to-network connectivity.

“By signing the Common Agreement, [qualified health information networks] have established that they have implemented the functions and the technical specifications in the QHIN Technical Framework,” said Mariann Yeager, CEO of the Sequoia Project, the recognized coordinating identity that will develop, update, implement and maintain the Common Agreement and the QHIN Technical Framework.

Just this week, it was announced that the public-private partnership between ONC and Sequoia Project would be extended as work on TEFCA continues.

“The scope here is focused on the capability to facilitate exchange between and among QHINs,” Yeager continued. There are also expectations, she said, concerning how QHINs interact with their participants.

Yeager noted that multiple stakeholders, including payers, providers and government agencies, have vital roles in participating in TEFCA and informing its development.

“It’s important to hear from many perspectives that really have a role in the health IT ecosystem,” Yeager said.

Panel participants pointed out that not every network would, or should, look to become a QHIN, given the need for them to operate millions, if not tens of millions, of daily transactions.

“TEFCA may introduce a new exchange paradigm that is not prevalent within a network today,” said Dave Cassell, the executive director at Carequality. “It does envision QHINs providing services for a query model, as well as a more pushed-messaging model.”

For those who want to get involved, said Cassell, there are a number of opportunities to provide input as TEFCA is developed.

Individuals who don’t want to have their information exchanged can express their desire not to have their data shared across the network, said Rancourt, who emphasized that “applicable law does apply” with regard to privacy protections.

Panelists noted the role COVID-19 has played in highlighting the importance of seamless data sharing. It has also made it clear that the investments in infrastructure “made prior to the pandemic have been the most valuable,” said John Kansky, president and CEO of the Indiana Health Information Exchange.

“Having the necessary infrastructure in place is critical to having the timely and effective exchange of information,” said Steven Lane, the panel moderator and clinical informatics director at Sutter Health.