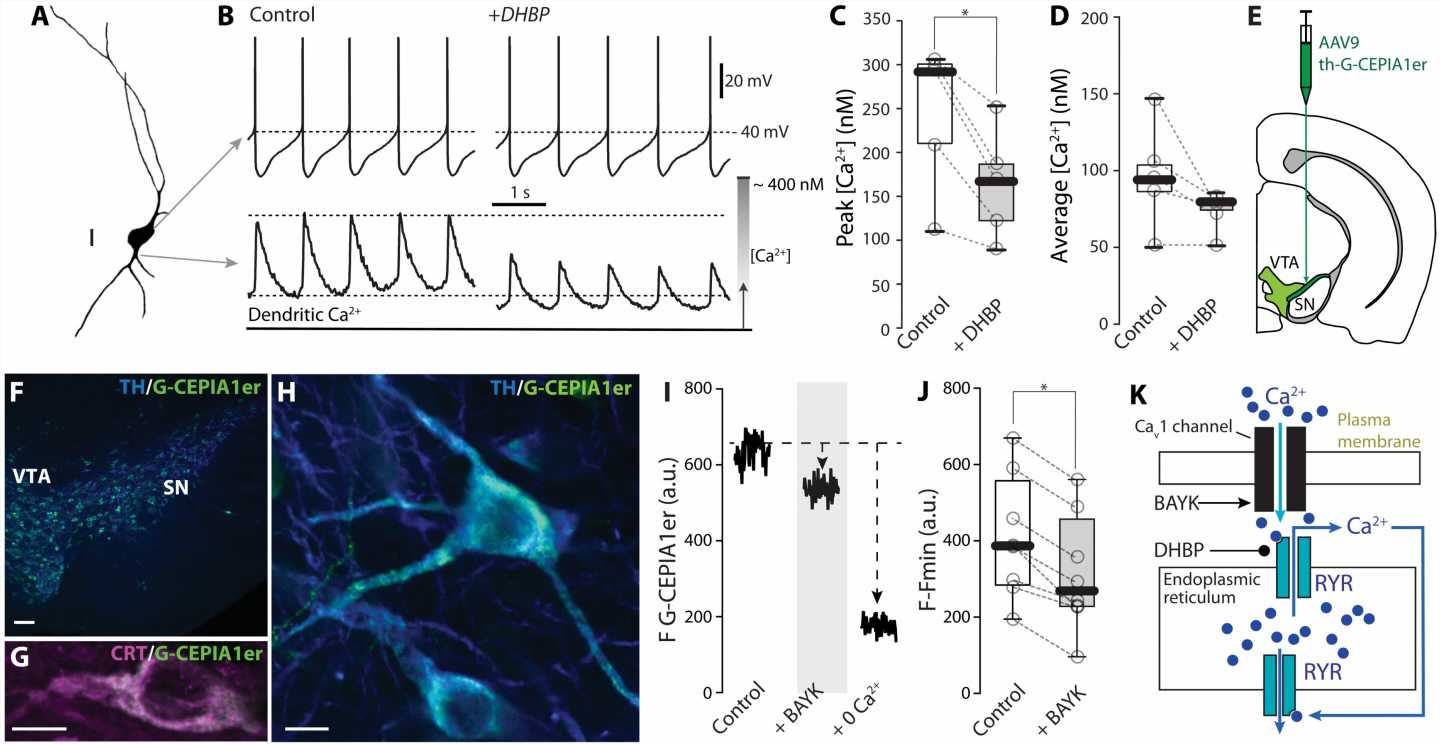 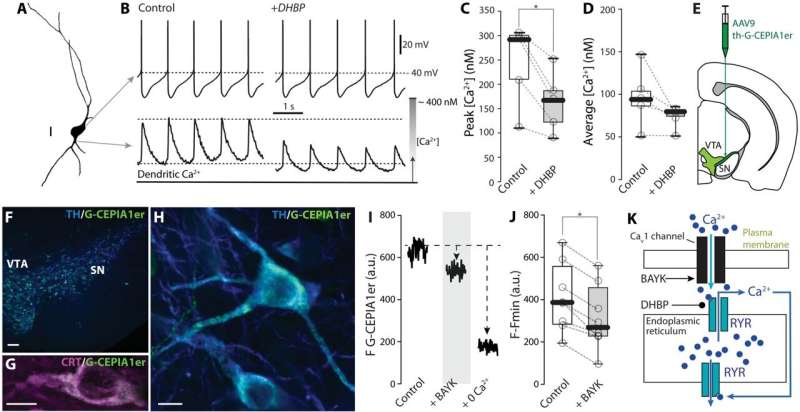 Northwestern Medicine investigators have discovered that dopaminergic neurons in the substantia nigra utilize a specific ion channel to meet anticipated energy needs, according to findings published in Science Advances.

The study, led by D. James Surmeier, Ph.D., chair and the Nathan Smith Davis Professor of Neuroscience, sheds light on how this “anticipation” may stress mitochondria, which can ultimately cause the loss of these neurons with aging and neurodegenerative disease.

A major function of substantia nigra dopaminergic neurons is to modulate goal-directed movement. Their loss or decline causes movement to slow, which is a key symptom of Parkinson’s disease.

To function properly, dopaminergic neurons require adenosine triphosphate (ATP) produced by mitochondria. The question Surmeier’s team grappled with was how neuronal function influenced ATP synthesis. They started with the idea that neuronal action potentials or “spikes” were critical to this linkage, but precisely how spikes might control mitochondria energy production was unknown.

In the current study, investigators used non-invasive methods to monitor spiking in dopaminergic neurons and mitochondrial function at the same time. This was done using antibiotics to create small holes in the membrane of dopaminergic neurons, allowing electrical activity to be monitored and manipulated without disturbing mitochondria.

Using advanced microscopy and genetically encoded sensors, the investigators were able to monitor signaling inside the neurons during spiking. They also used genetic strategies to delete key proteins that served to bridge events at the plasma membrane to events deep inside the cell.

This methodology revealed that dopaminergic neurons use calcium entering at each spike through a specific class of ion channel in the neuron’s plasma membrane—Cav1 channels—to adjust ATP production to match their spiking rate.

“This control system ‘anticipates’ bioenergetic need, preventing episodes in which the cell runs out of gas and has to stop to refill its tank. This is of organismal importance because if these dopaminergic neurons stop spiking, the whole animal stops moving. Obviously, keeping this from happening if we were being chased or were chasing dinner would be to our advantage,” Surmeier said.

Investigators also found that calcium enhances ATP production through two complementary mechanisms. The first mechanism involves calcium entering the matrix of the mitochondria to stimulate the tricarboxylic acid cycle, which helps drive cellular respiration and ATP synthesis. The other mechanism is mediated by calcium-stimulated enzymes outside the matrix that push metabolites into the matrix to support ATP production.

The discovery of these mechanisms improves the understanding of how neurons match energy production to activity and avoid “blackouts” caused by energy depletion. While this system helps dopaminergic neurons function efficiently, it also has a downside, according to Surmeier.

“While this control system is important for the efficient operation of many neurons, it can increase their stress. Over time, this high level of oxidant stress can damage the mitochondrial powerplant,” Surmeier said.

Surmeier added that therapeutically targeting and “tuning down” this calcium channel may reduce Parkinson’s disease risk and slow disease progression, a strategy his team is currently investigating.