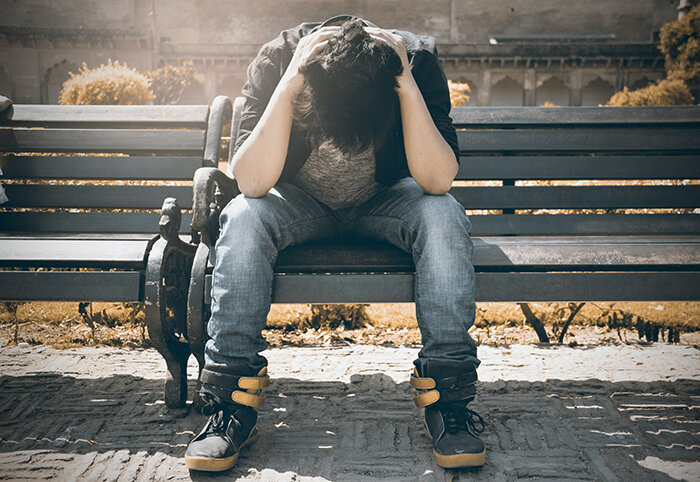 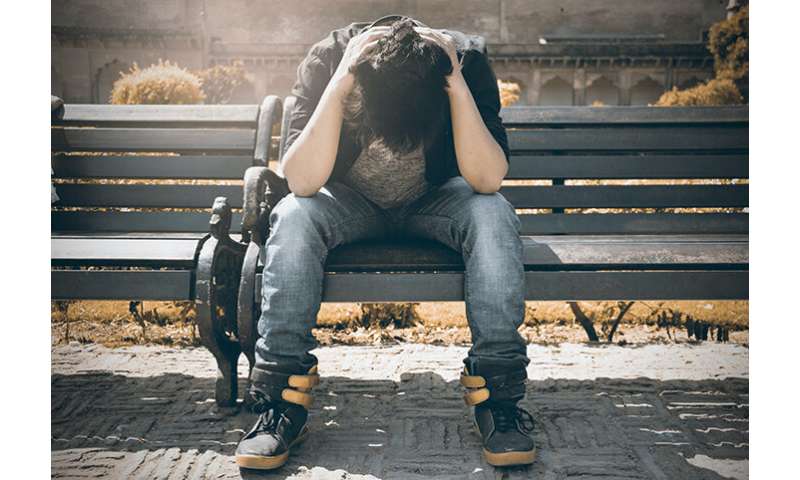 People around the world are isolating themselves to help slow the spread of COVID-19, but the crisis can heighten depression for those whose isolation has weakened their social support systems. Yet trends suggest men will be diagnosed with depression about half as often as women, whether in terms of new cases or those related to the current pandemic. Researchers know the disparity is not due to men suffering the condition less, but they don’t fully understand why men don’t seek help as often.

A University of Kansas professor has published a series of studies about how men approach treatment for depression. The findings show that men view “traditional” symptoms of depression as more severe than other types and that they perceive men with those same traditional symptoms as less masculine. The findings help increase understanding of why men do or don’t seek treatment and the stigma attached to mental health and men.

Lead author Brian Cole, assistant professor of educational psychology at KU, received the American Psychological Association’s Society for Psychological Study of Men and Masculinities 2019 Researcher of the Year Award for his work.

“The big takeaway here is that men view traditional symptoms of depression as more severe than other types of symptoms, and men with traditional depressive symptoms are perceived as more feminine and less masculine. This has major implications for stigma and help-seeking,” Cole said. “A lot of talk around mental health and men has a ‘what’s wrong with them’ attitude. Men don’t always experience depression in the same ways that women do, so when they look to traditional symptoms of depression they might determine that they ‘are not depressed’ or that they ‘don’t need help.” Rather than assume men are ‘less depressed,” there are many things unique to men’s experiences that can help us better understand their mental health better.”

Two studies, both published in the journal Psychology of Men & Masculinities, examined men’s experiences with depression. One, co-written with Paul Ingram of Texas Tech University, looked at what factors might lead men to seek help for treatment of depression and how gender role conflict and self-stigma influenced those decisions. About 400 college men took part in a role induction, meaning they were asked that if they were experiencing the symptoms of a vignette they were presented of a man with depression, how they would react.

Respondents were asked what type of help they might seek, including professional help like seeing a counselor, self-help, informal help such as talking with friends or loved ones about their experiences, or avoiding problems. The findings showed that respondents who experience gender role conflict and self-stigmatizing views were less likely to seek treatment. The former refers to conflict about societal norms of how men are supposed to behave, while the latter refers to the belief that one is inadequate or weak if he seeks professional help. However, those who reported gender role conflict were more likely to increase avoidant behaviors and less likely to utilize social supports.

A study co-written with M. Meghan Davidson of the University of Nebraska-Lincoln examined a similar sample of men’s perceptions about other men experiencing depression. In the study, respondents were presented one of four vignettes about a man experiencing different types of depression symptoms. They were asked if the character was depressed and their perceptions of him. In the vignettes in which the man wasn’t experiencing traditional symptoms or exhibited behaviors such as increased anger, self-medicating such as increased drinking and similar behaviors, he was perceived as more masculine, while men with more traditional symptoms like crying or withdrawal from normal behaviors and routines were viewed as more feminine.

“In situations where we had those nontraditional symptoms or a ‘rub dirt on it and walk it off’ kind of attitude, they were perceived as less depressed and more masculine,” Cole said. “There was just something about those external behaviors that help men save face. This is concerning because these nontraditional signs of depression were deemed less severe and more socially acceptable for men to exhibit. One potential implication of this is that men won’t recognize their own experiences of depression or that their symptoms warrant help-seeking.”

Results from the two studies can help practitioners better understand how to help men get help when they need it, how better to serve them once they do seek help, how stigma contributes to avoiding help and what symptoms men perceive constitute depression.

“What we took from the findings is it’s more complex than just asking if someone is depressed. If a guy takes time to come in and seek help, just asking why he came in and asking about his thoughts on masculinity can transform the way we shape treatment,” Cole said.

“Diagnosis is more complex than we think it is,” Cole said. “I think there is a real need to keep going down that road of gender-specific experiences with depression.”

Cole offers the following tips for men’s mental health during the COVID-19 crisis: