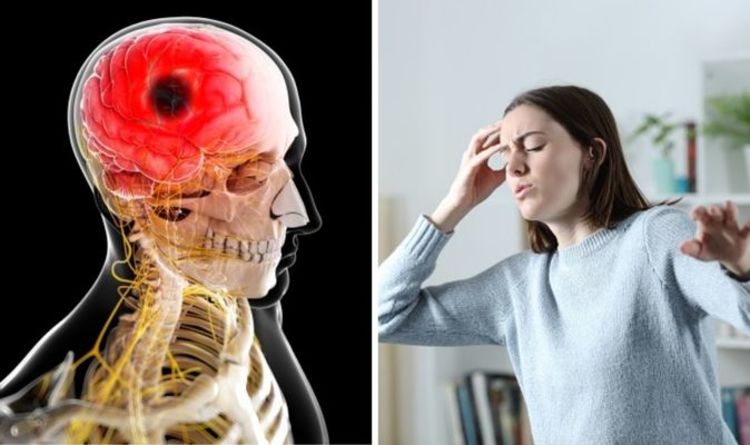 The sooner a person is treated for stroke, the more likely they are to survive and recover. Around one in 10 patients admitted to hospital in the UK for ischaemic stroke die, so it’s important to know the symptoms and act as quickly as possible. Express.co.uk reveals the seven subtle signs of stroke that are often ignored, according to WebMD.

Your blood brings oxygen and nutrients to your organs, including your brain.

If your blood supply is restricted or stopped and oxygen and nutrients can’t get to the brain, the brain can’t function properly and brain cells will start to die.

This is an ischaemic stroke (which is responsible for 85 percent of all strokes) and it can lead to brain injury, disability and even death.

Haemorrhagic strokes are similar and they occur when a weakened blood vessel supplying the brain bursts.

Transient ischaemic attacks, also known as a mini-stroke, disrupt the blood supply to the brain for a few minutes to 24 hours.

The main symptoms of stroke can be remembered with the word FAST:

While the FAST acronym covers the main symptoms of a stroke, there are less dramatic symptoms that can also signal a stroke:

These less extreme symptoms should never be ignored because timing is key in your chances of recovering from a stroke.

A 2003 study found that the above problems are very common in strokes, even though they’re quite subtle.

Researchers examined tape recordings of emergency calls of stroke patients admitted to a German hospital over a year.

According to WebMD, researchers found that speech problems were reported in a quarter of the cases, limb weakness was seen in 22 percent of cases, and an altered state of consciousness was noted in about 15 percent.

The callers rarely mentioned the subtle stroke symptoms, with facial weakness only cited in 10 percent of cases, numbness in eight percent, and dizziness in six percent.

Researcher René Handschu, MD, of the Freidreich-Alexander-Universitaet Urlangen-Nurnberg in Germany said: “Many patients wait to see if symptoms improve or disappear.

“From the patient’s point of view, numbness of one limb or even dizziness and nausea is not so bad that you will bother all your neighbours by calling an ambulance with lights and sirens.”