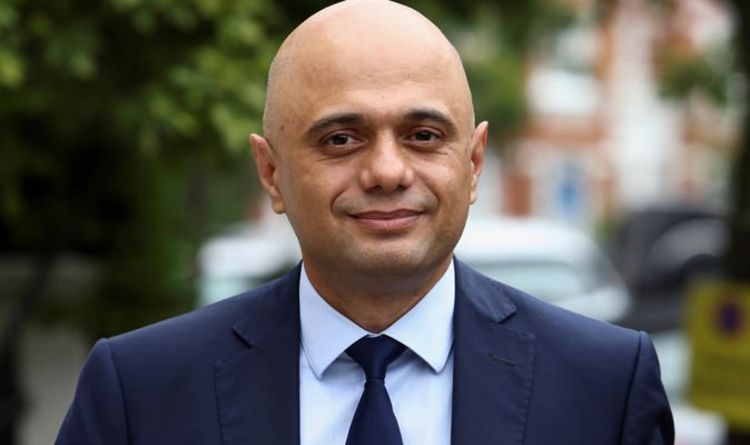 He confirmed boosters will start next month for those most at risk. Mr Javid, left, added: “With 82,100 hospitalisations prevented in over-65s and almost 24 million infections prevented…the vaccines are continuing to keep all of us safe.” He said the near-100,000 figure was “in England alone” and added about plans for a third injection: “I’m confident that we can start in September when we will start with the most vulnerable cohorts.

“The UK’s phenomenal vaccination programme has made a life-changing difference. We’re quickly closing in on 100,000 lives being saved in England alone. The vaccines are free and available at hundreds of locations. Help us reclaim our lost freedoms.”

Figures from Public Health England suggest that inoculation has kept between 91,700 and 98,700 people alive since the rollout began nine months ago.

More than 47.4 million people in the UK have received a first vaccine dose, including 41.1 million who have had both shots.

As the rollout extends from adults to those aged 16 and 17, the proportion of people fully vaccinated dipped to 87.3 percent. Mr Javid confirmed third jabs would be available within weeks.

He said: “We are going to have a booster scheme. Before we start it…we need to get the final advice from our group of experts, our independent scientific and medical advisers the [Joint Committee on Vaccination and Immunisation].

“So, we’re waiting for their final opinion. I’m confident that we can start in September.”

Interim guidance from the Joint Committee (JCVI) in June said the most vulnerable groups to be prioritised ought to include the immunosuppressed, care home residents and older age groups.

However the advisers have not yet given their verdict on whether a booster programme is needed this winter and if it is, by how many people.

Prof Adam Finn, a JCVI member, said that the group was to meet yesterday morning.

He told BBC Radio 4’s Today programme that the committee would be “imminently deciding that there will be some people who will need a third dose, particularly people who we know are very unlikely to be well protected by those first two. We do need more evidence before we can make a firm decision on a much broader booster programme.”

Figures from the Office for National Statistics (ONS) showed 19 in 20 adults in England have antibodies to Covid.

Blood tests from a random sample of people aged 16 and over found that 94.2 percent tested positive for antibodies, from vaccination or from past infection.

In Wales that was 93.2 percent, Scotland 93.5 percent and Northern Ireland 89.1 percent. While the total had risen in younger adults, there were “signs of a decrease among older age groups” – 92.8 percent of 75 to 79-year-olds in England had antibodies, down from 94.4 percent a month earlier.

Paul Hunter, professor in medicine at the University of East Anglia, said that did not mean they had lost all protection.

“The good news is that the vast majority of adults have antibody (Ab) from either immunisation or natural infection.”

He continued: “Indeed, in the most vulnerable age groups, the over-50s, more than 98 per cent have antibodies and so some degree of protection.”

Dr Simon Clarke, associate professor in cellular microbiology at the University of Reading, warned that testing positive for antibodies did not mean those people were protected from infection.

He said: “In the UK currently around 1 in 75 people has the virus, so the latest datasets on antibodies and what they mean for immunity should be taken with a large pinch of salt.

“The assumption that antibodies would mean that someone is protected from infection or reinfection was one of the biggest mistakes made at the start of the pandemic.

“Quite simply, we still don’t yet know what it takes to provide complete protection against Covid-19.”

There were 36,572 confirmed UK cases of Covid-19 reported yesterday plus 113 deaths within 28 days of a positive test.

The totals remained far below those noted in the second wave, when the daily death toll topped 1,800.

There have been approximately 210 million coronavirus infections worldwide and 4.4 million people have died with it.

He told Times Radio: “To be seeing over 100 deaths a day at this stage, you know before schools have gone back, while the weather is still relatively good, we’re not back into winter yet…

“I think we’re all really anxious about what’s going to happen once we return to normality.”

Prof Openshaw added: “We’re going into the winter with really very high levels of infection out there in the community and we just don’t really know what’s going to happen.”