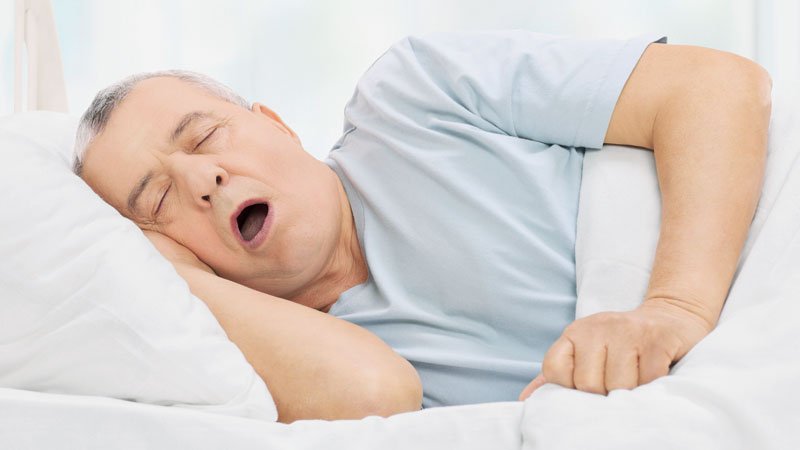 “The study shows obstructive sleep apnea is common in patients with cognitive impairment. The results suggest that people with cognitive impairment should be assessed for sleep apnea if they have difficulty with sleep or if they demonstrate sleep-related symptoms,” study investigator David Colelli, MSc, research coordinator at Sunnybrook Health Sciences Centre in Ontario, Canada, told Medscape Medical News.

The findings will be presented at the American Academy of Neurology (AAN) 2021 Annual Meeting in April.

OSA is a common sleep disorder and is associated with an increased risk of developing cognitive impairment. It is also prevalent in the general population, but even more common among patients with dementia.

However, the investigators note, the frequency and predictors of OSA have not been well established in Alzheimer’s disease (AD) and other related conditions such as vascular dementia.

The investigators had conducted a previous feasibility study investigating a home sleep monitor as an OSA screening tool. The current research examined potential correlations between OSA detected by this monitor and cognitive impairment.

These participants completed a home sleep apnea test (HSAT), which is an alternative to polysomnography for the detection of OSA.

Researchers identified OSA in 52.2% of the study population. This, Colelli said, “is in the range” of other research investigating sleep and cognitive impairment.

“In the general population, however, this number is a lot lower — in the 10-20% range depending on the population or country you’re looking at,” Colelli said.

He emphasized that, without an objective sleep test, some patients may be unaware of their sleep issues. Those with cognitive impairment may “misjudge how they’re sleeping,” especially if they sleep without a partner, so it’s possible that sleep disorder symptoms often go undetected, he said.

Scores on this test range from zero to 30, with a score of 26 or higher signifying normal, 18-25 mild cognitive impairment, and 17 or lower moderate-to-severe cognitive impairment. The average score for study participants with OSA was 20.5 compared with 23.6 for those without the sleep disorder.

Results showed OSA was significantly associated with a lower score on the (MoCA) scale (odds ratio, 0.40; P = .048). “This demonstrated an association of OSA with lower cognitive scores,” Colelli said.

The study was too small to determine whether a specific diagnosis of cognitive impairment affected the link to OSA, Colelli said. “But definitely future research should be directed towards looking at this.”

Obesity is a risk factor for OSA, but the mean BMI in the study was not in the obese range of 30 and over. This, Colelli said, suggests that sleep apnea may present differently in those with cognitive impairment.

“Sleep apnea in this population might not present with the typical risk factors of obesity or snoring or feeling tired.”

While the new study “adds to the understanding that there’s a link between sleep and cognitive impairment, the direction of that link isn’t entirely clear,” Colelli said.

The study highlights how essential sleep is to mental health, Colelli said. “I feel, and I’m sure you do too, that if you don’t get good sleep, you feel tired during the day and you may not have the best concentration or memory.”

Identifying sleep issues in patients with cognitive impairment is important, as treatment and management of these issues could affect outcomes including cognition and quality of life, he added.

Commenting for Medscape Medical News, Lei Gao, MD, assistant professor of anesthesia at Harvard Medical School in Boston, Massachusetts, whose areas of expertise include disorders of cognition, sleep, and circadian rhythm, believes the findings are important.

“It highlights how common and potentially undertreated OSA is in this age group, and in particular, its link to cognitive impairment.”

OSA is often associated with significant comorbidities, as well as sleep disruption, Gao noted. One of the study’s strengths was including objective assessment of sleep using actigraphy, Gao said.

“It will be interesting to see to what extent the OSA link to cognitive impairment is via poor sleep or disrupted circadian rest/activity cycles,” he said.

It would also be interesting “to tease out whether OSA is more linked to dementia of vascular etiologies due to common risk factors, or whether it is pervasive to all forms of dementia,” he added.

ResMed provided the at-home sleep apnea tests as in-kind support but was not involved in the study design. Colelli and Gao reported no relevant financial relationships.