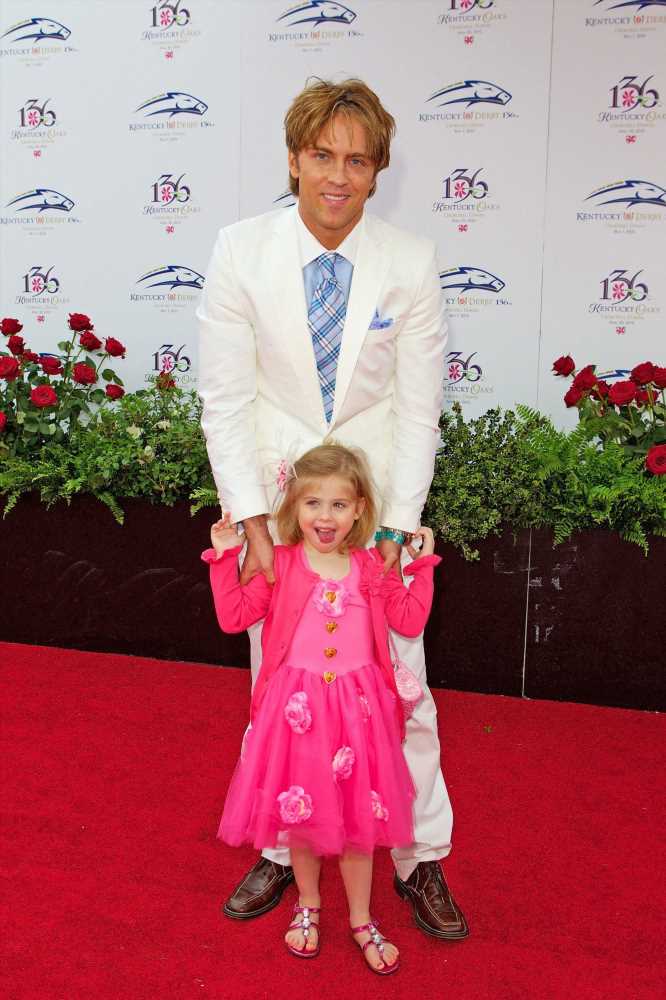 At just 3 years old, a pink-clad Dannielynn Birkhead made her Kentucky Derby debut with Dad. “It’s tough raising a little girl without a mom,” Birkhead, at the Derby in 2011, told Steve Harvey in 2016. “You always want to make sure you’re doing the right things and a thing that a mom would choose that a dad might not choose.” At the 2012 race, Dannielynn opted for her very first Derby-esque headpiece. Though Birkhead keeps his daughter out of the spotlight, the pair lives in rural Kentucky and make an annual trip to the horse race. The father-daughter duo went to Churchill Downs in 2013 as Mary Poppins and Bert — parasol and all! “I look at her and she’s my everything,” Birkhead — with his daughter at the 2014 race — told Inside Edition. “She reminds me so much of her mom and as she gets older, and her features are changing, it’s just like having a little miniature Anna Nicole running around in so many ways.” “We went from diapers and teething to braces and sports bras overnight,” Birkhead told Wendy Williams in 2017. “It’s great and it’s a lot of work.” For the duo’s eighth Derby, the proud pop and his 10-year-old coordinated in pink. Birkhead also took Dannielynn to the Barnstable-Brown Party, where he’d first met Anna Nicole Smith in 2003. Like previous years, Dannielynn was dressed to the nines at the 2018 Derby — this time wearing a white silk Southern belle gown with blue hydrangea appliqués from Lesy boutique. Her dad coordinated in a blue checkered suit from menswear designer Nick Graham. Dannielynn was in her brightest ensemble yet for the 2019 event, making an appearance at the Barnstable Brown Kentucky Derby Gala before the official kickoff of the horse race. “Surprised Dannielynn with @HamiltonMusical tickets for 7th grade graduation,” Birkhead captioned the sweet snaps. “I think she is happy!” COVID-19 meant no appearance from the pair at the scaled-back 2020 race, but fans got an even broader look into the Birkheads’ life in a February 2021 20/20 special that told Anna Nicole Smith’s story.

“Dannielynn’s a teenager now, and she doesn’t really know a ton of things about her mom,” Larry said in a voiceover on the trailer. “To be really honest, I didn’t know a whole lot about Anna — you know, her early years,” he added. Part of the 20/20 special focused on Dannielynn seeing some of her mother’s possessions for the first time.

“She has a big heart like her mom had, I think she could appreciate these things,” Larry said of his daughter, now 14.

“Anna should be remembered as this larger than life figure that was really a caring, giving person. A beautiful lady who loved her fans and loved her family,” he added.