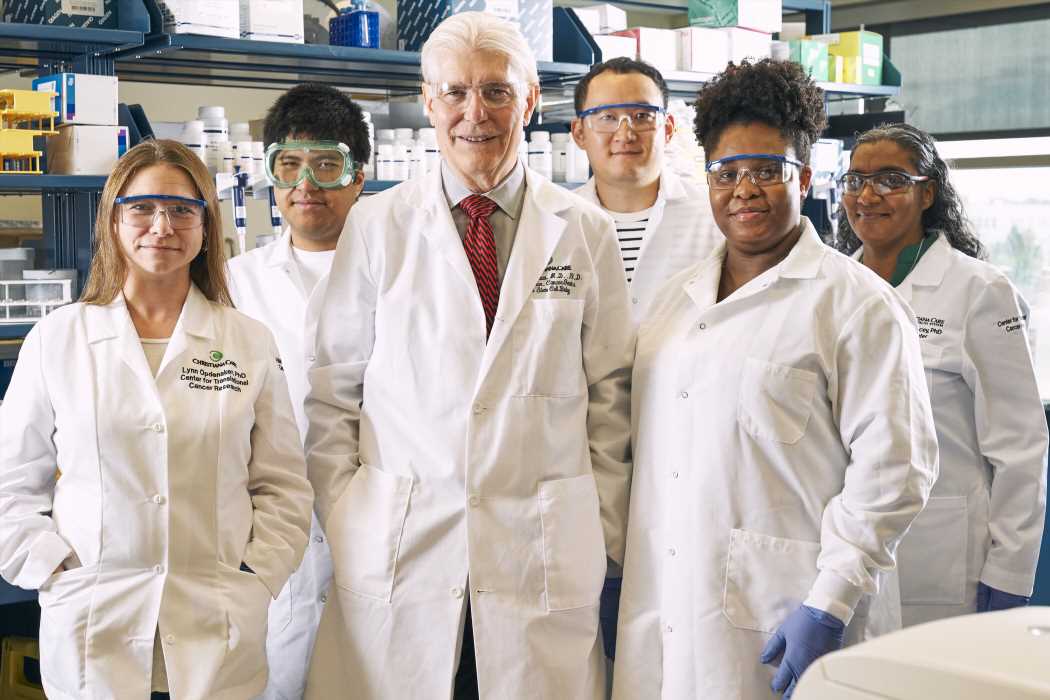 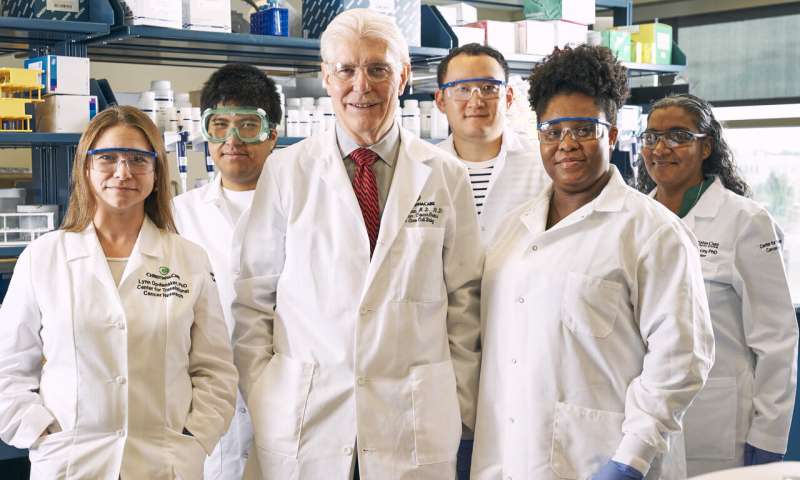 In breakthrough colon cancer research, scientists at ChristianaCare’s Helen F. Graham Cancer Center & Research Institute have discovered a link between two key signaling pathways crucial to the development and growth of colon cancer. The study is published today in the journal PLOS ONE.

The scientists identified the link between the retinoic acid or RA signaling pathway and another pathway critical to tumor development, called the Wingless-related integration site or WNT pathway. WNT signaling gone wrong is associated with numerous cancers, likely contributing to drug resistance and tumor recurrence.

“There are only a handful of major pathways involved in the regulation of stem cells that control development of the embryo, and we are finding for the first time that dysregulation of two of them, both WNT and RA signaling, are equally important to the development of colorectal cancer,” said Bruce Boman M.D., Ph.D., MSPH, FACP, lead author and senior research scientist at the Cawley Center for Translational Cancer Research at the Graham Cancer Center.

Dr. Boman’s research team has contributed to the understanding of normal stem cells and how cancer stem cells play a role in the development and spread of colorectal cancer.

Tumors develop when mutations or mistakes occur in the normal genes, such as the APC (adenomatous polyposis coli) tumor suppressor gene that regulates stem cell renewal and population size.

Building on that work, the investigators found that a distortion in RA signaling caused by APC mutations explains in part why these stem cells remain immature and over-populate.

The investigators looked at both normal and malignant human colon tissue samples as well as samples from a group of patients with a rare, inherited precancerous condition called familial adenomatous polyposis or FAP.

With help from scientists at the University of Delaware’s Center for Applications of Mathematics in Medicine, the team was able to identify key mechanisms that cause stem cell populations to expand in FAP tissues.

Since APC mutations cause increased WNT signaling in FAP patients and lead to delayed maturation of colonic stem cells, Dr. Boman’s latest research suggests that colorectal cancer evolves from an imbalance between WNT and RA signaling.

Retinoids, derived from vitamin A, are part of the cell communication web along the RA pathway and are used successfully in the treatment of many diseases including skin conditions like acne. Retinoid drugs have also shown promise in treating a variety of cancers, particularly acute promyelocytic leukemia for which retinoid treatment regimens are curative.

“The clues we have uncovered that link both the WNT and RA signaling pathways could potentially spur development of drugs that target cancer stem cells, leading to more effective therapeutics that take this linkage into account,” Dr. Boman added.

Colorectal cancer is the second most deadly cancer worldwide, equally affecting both men and women. Conventional research over the last 50 years has shown that cells undergo a series of genetic mutations that lead to the unchecked growth of tumors and their progression to metastatic cancer. Traditional therapies designed to kill the bulk of cancer tumor cells continue to fall short of a cure for advanced, drug resistant colon cancers.