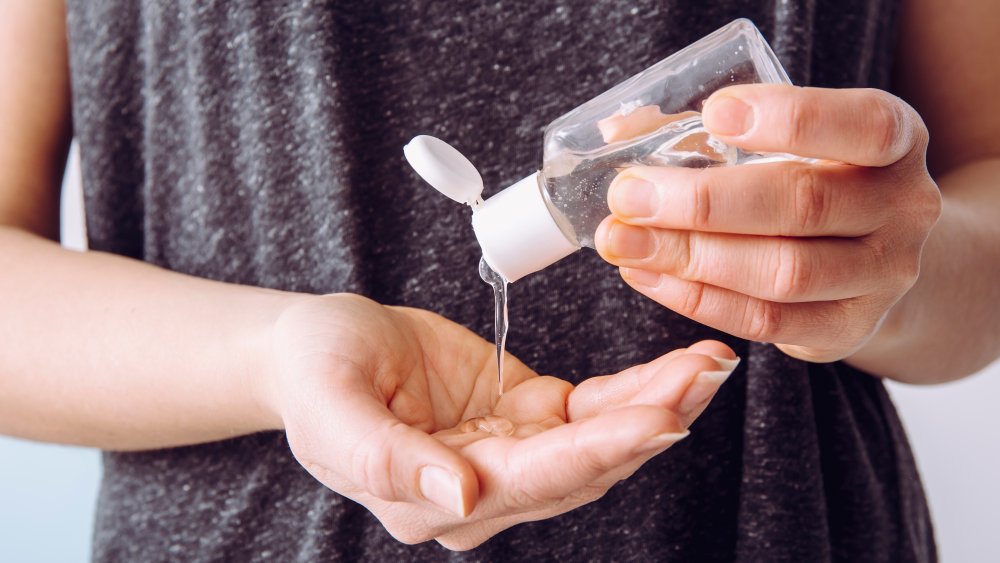 The difference between two commonly used alcohols, ethanol and methanol, involves more than semantics. Many of the cosmetics we use today are made with ethanol, from facial astringents, to lotion. Since it is so effective at killing germs like bacteria, viruses, and fungi, ethanol or ethyl alcohol, it is found in many hand sanitizers, which are widely used when soap and water aren’t immediately handy (via Chemical Safety Facts).

Methanol, on the other hand, is primarily used as a solvent to make inks, resins, adhesives, and antifreeze (via Chemical Safety Facts). The other big difference: Methanol is poisonous. When it enters our body, it can cause nausea, difficulty breathing, and blindness (via USA Today). Unfortunately, some hand sanitizers, mostly from Mexico, may contain this very hazardous ingredient. Methanol’s toxicity when it comes into contact with our bodies, either when it is absorbed by our skin or when it is ingested, is the reason the FDA has put hand sanitizers found to have been contaminated with this chemical on a “Do not use” list of dangerous products.

Be very cautious about the hand sanitizer you use

While this prohibited list began with just nine hand sanitizers in late June, the banned list has mushroomed to include over 100 brands, some of which were sold in Dollar Tree, Walmart, and Target (via Newsweek).

“Although all persons using these products on their hands are at risk for methanol poisoning, young children who accidentally ingest these products and adolescents and adults who drink these products as an alcohol (ethanol) substitute, are most at risk,” the FDA said.

“Consumers who have been exposed to hand sanitizer containing methanol should seek immediate treatment, which is critical for potential reversal of toxic effects of methanol poisoning,” the agency continued in a statement. “Substantial methanol exposure can result in nausea, vomiting, headache, blurred vision, permanent blindness, seizures, coma, permanent damage to the nervous system or death.” See a full list of the recalled products on the FDA website.