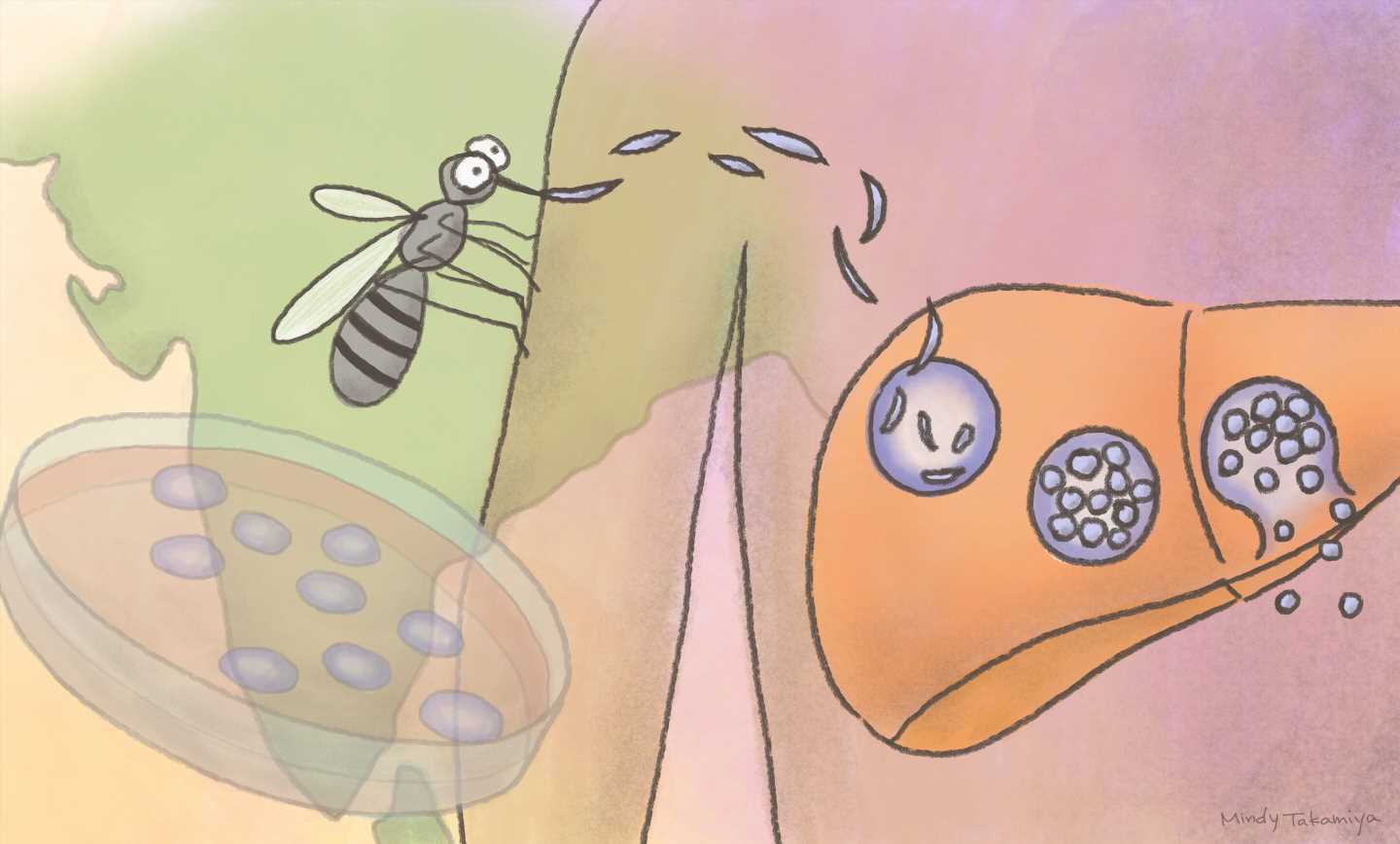 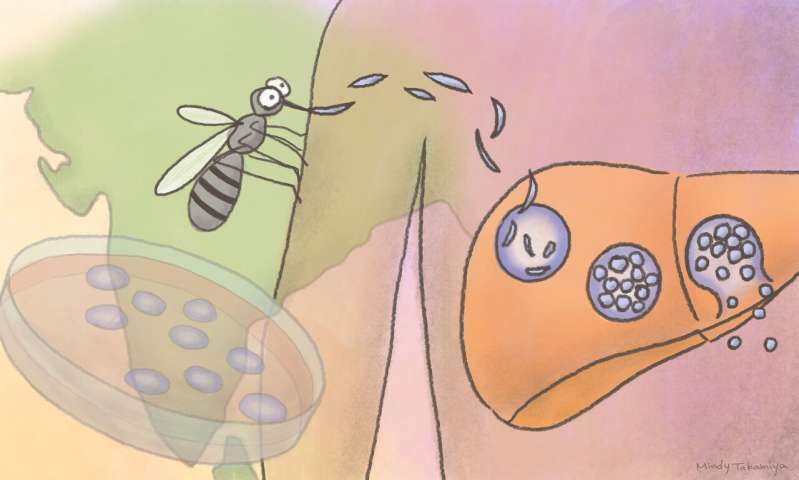 A new approach could illuminate a critical stage in the life cycle of one of the most common malaria parasites. The approach was developed by scientists at Kyoto University’s Institute for Integrated Cell-Material Sciences (iCeMS) in Japan and published in the Malaria Journal.

“The Plasmodium vivax malaria parasite can stay dormant in a person’s liver cells up to years following infection, leading to clinical relapses once the parasite is reactivated,” says Kouichi Hasegawa, an iCeMS stem cell biologist and one of the study’s corresponding authors.

P. vivax is responsible for around 7.5 million malaria cases worldwide, about half of which are in India. Currently, there is only one licensed drug to treat the liver stage of the parasite’s life cycle, but it has many side effects and cannot be used in pregnant women and infants. The liver stage is also difficult to study in the lab. For example, scientists have struggled to recreate high infection rates in cultured liver cells.

Hasegawa and his colleagues in Japan, India and Switzerland developed a successful system for breeding mature malaria parasites, culturing human liver cells, and infecting the cells with P. vivax. While it doesn’t solve the high infection rate problem, the system is providing new, localized insight into the parasite’s liver stage.

“Our study provides a proof-of-concept for detecting P. vivax infection in liver cells and provides the first characterization of this infectious stage that we know of in an endemic region in India, home to the highest burden of vivax malaria worldwide,” says Hasegawa.

The researchers bred Anopheles stephensi mosquitos in an insectarium in India. Female mosquitos were fed with blood specifically from Indian patients with P. vivax infection.

Two weeks later, mature sporozoites, the infective stage of the malaria parasite, were extracted from the mosquitos’ salivary glands and added to liver cells cultured in a petri dish.

The scientists tested different types of cultured liver cells to try to find cells that would be infected by lots of parasites like in the human body. Researchers have already tried using cells taken liver biopsies and of various liver cancer cell lines. So far, none have led to large infections.

Hasegawa and his colleagues tried using three types of stem cells that were turned into liver cells in the lab. Notably, they took blood cells from malaria-infected patients, coaxed them into pluripotent stem cells, and then guided those to become liver cells. The researchers wondered if these cells would be genetically more susceptible to malaria infection. However, the cells were only mildly infected when exposed to the parasite sporozoites.