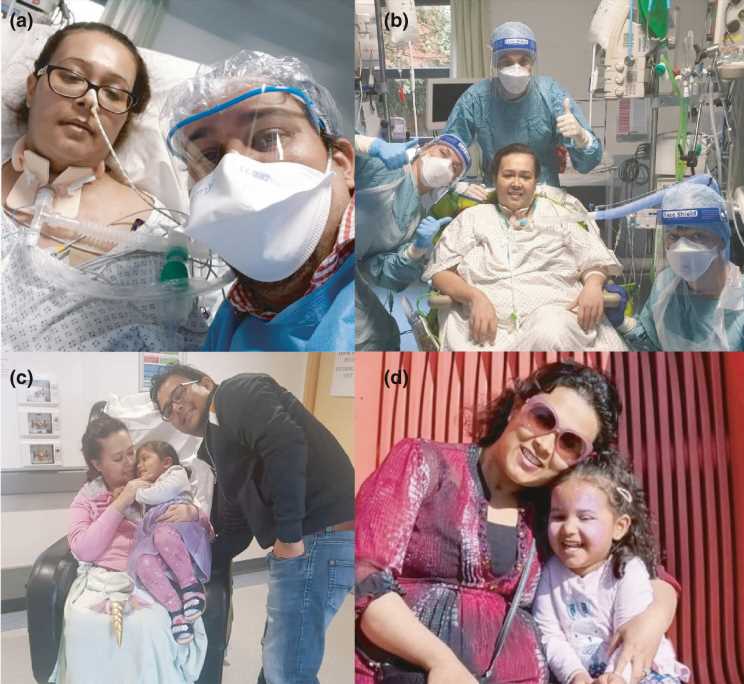 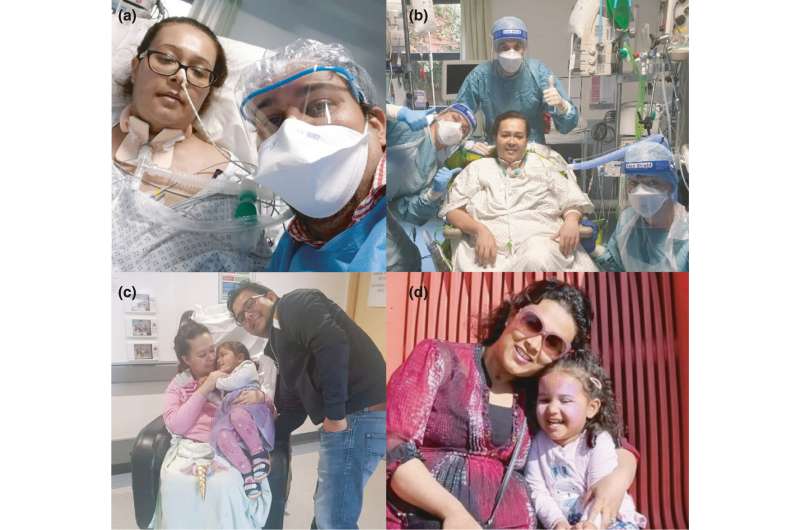 A general practitioner, wife and mother has recounted her experience with COVID-19, during which she was hospitalized for 150 days, becoming one of the first patients to be treated with extracorporeal membrane oxygenation (ECMO), special equipment that completely takes over the function of the lungs and is considered a last-resort option.

The self-written case report, which appears in the journal Anaesthesia Reports (a journal of the Association of Anaesthetists) is by Dr. Anushua Gupta, who works as a general practitioner in Stockport, Greater Manchester, U.K. It is thought to be the first patient-written account of ECMO to treat COVID-19 to appear in the medical literature.

Extracorporeal membrane oxygenation was introduced as a centrally commissioned NHS service following the H1N1 influenza pandemic ten years ago, and there are five centers that provide it in England. It involves the removal of deoxygenated venous blood, the addition of oxygen (and removal of carbon dioxide) outside the body and return of the now oxygenated venous blood to the patient. It requires specialist staff, advanced equipment and more space, yet it might provide more time for patients to respond to treatment during the acute phase of their illness.

Dr. Gupta says, “I remained in hospital for 150 days, 34 of which I spent on ECMO. I have no recollection of my time on ECMO, but liberation from it was not the end of my story; I had to overcome numerous physical and mental challenges during recovery and rehabilitation. I hope my story is read by others who are recovering from COVID-19 or critical illness more generally, and that it provides hope that one can return toward a normal way of life and the challenges of rehabilitation can be overcome.”

She was infected in the first wave of the pandemic, sometime during March 2020, around two weeks after her 40th birthday. On April 1, she was admitted to Wythenshawe Hospital, and on April 4, she rapidly deteriorated with severe breathlessness; due to low oxygen levels, she experienced “visual hallucinations of a black-winged figure.” She was transferred to ICU for tracheal intubation and mechanical ventilation, requiring a medically induced coma with no guarantee of survival.

“My worst fears were coming true. I telephoned my husband Ankur and asked to see our daughter Ariana—just 18 months old at that time—on a videocall, as I thought that I would never get to see her again,” she recalls. “I feared that I would never get to fulfill the dream that my husband and I had of living into old age together. However, I had to remain composed for the sake of my husband, who likewise had to be strong for our daughter.” She was sedated later that night, not knowing she would remain in a coma for the next two months.

It was sheer coincidence that the hospital where Dr. Gupta was admitted is North West England’s centre for ECMO, but her case had to be assessed on her chances of survival like any other patient. Doctors decided on April 13 to put her on ECMO, which was required for 34 days. On May 13, just four days before being weaned from ECMO, she began to show improvement. She went on to have a tracheostomy to help her breathing on May 23 and her sedatives were gradually reduced.

Dr. Gupta then details her long battle to recover from the disease, both for the remaining time in hospital and after being discharged on September 1, 2020. “My daughter has been my driving force, underpinning my determination to get better. My husband, who held the fort when I was not there, has continued to support me in every way,” she explains.

She suffered multiple lung complications, difficulties with swallowing and completely lost her voice due to the length of time in ICU, from which she has gradually recovered, thanks to extensive support from speech and language therapists, although she remains hoarse at times. She also explains that early on, after the sedatives were weaned off, “I couldn’t sit upright without support, I could not feed myself, brush my teeth or hair, wash myself or even hold a pen; like a baby in its first year of life. I had to be moved by hoist for two months despite being completely awake and alert. In that time, with immense input from the physiotherapy team, I mustered the physical and mental strength to slowly be able to pull myself to stand up using a special device called a rota stand. It took a further few weeks to progress to taking my first few steps. I learned that one can certainly not underestimate the vital role of rehabilitation following critical care.”

She also received extensive psychological support to help deal with the anxiety of separation from her daughter and family, and also the trauma of her physical recovery, learning various coping strategies including meditation.