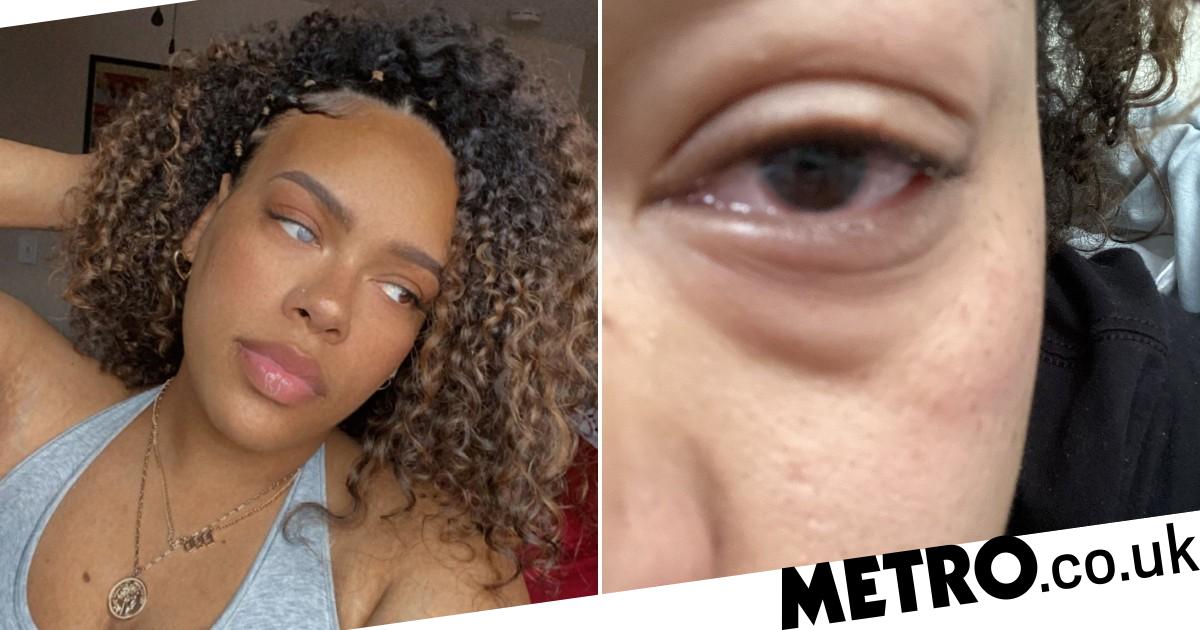 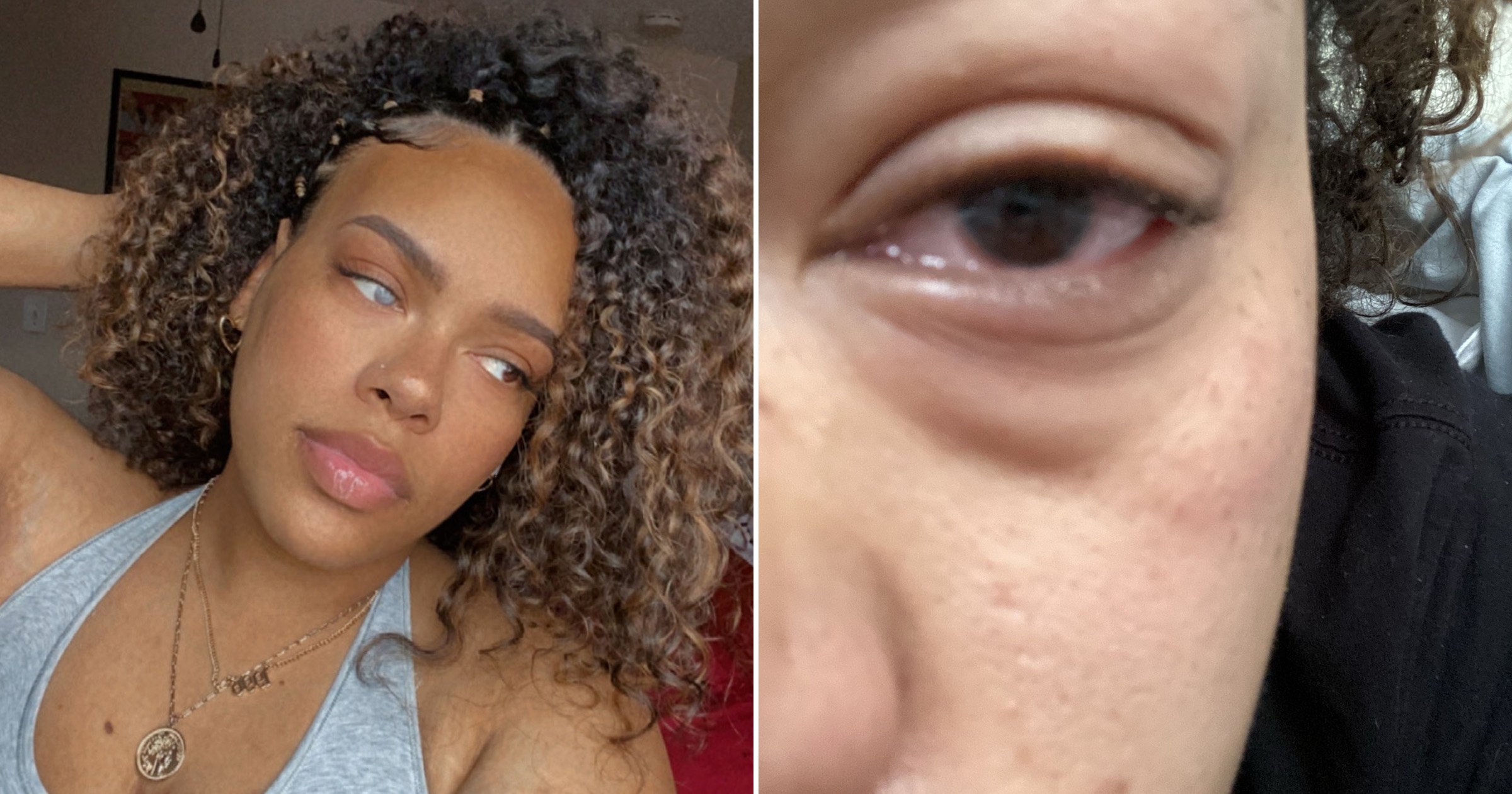 A woman says she was left blind in one eye after rinsing her contact lens case in tap water, which gave her a parasitic infection.

Kyra Smith from New Mexico, U.S, contracted acanthamoeba keratitis – a sight threatening infection of the cornea – and within four weeks, had gone blind in that eye.

The dental office worker, 25, had worn contact lenses for six years – reusing ones that last for 30 days by washing them in contact solution and storing them in a case after taking them out each night.

But doctors believe that rinsing the case in tap water introduced harmful bacteria to the lenses as she was diagnosed with the rare infection after six weeks of ‘back and forth’ with eye specialists.

Kyra was then housebound for months in agony, as the parasite ate away at her eye, and even underwent a failed cornea transplant before discovering the infection was still active – leaving her blind in that eye to this day.

She is now undergoing another course of treatment to kill the parasite before she hopes to have a second cornea transplant to try and restore her vision.

Kyra explained: ‘I had put my contacts in to go to work and felt a bursting sensation in my left eye but didn’t think too much of it because it wasn’t painful, it was just kind of there.

‘When I got back home, I took out my contact lenses and my eye was noticeably red but it wasn’t hurting or anything at that point.

‘The next day I woke up and my eye was more red and by that night it was starting to hurt more and that’s when I started to become worried.’

The next day Kyra went to an eye doctor who thought it could be an infection and gave her some eye drops – but it didn’t help.

She added: ‘I went back to the eye doctor and he was looking at my eye through a microscope and his exact words were “what the hell is that?” and that just really scared me.

‘After six weeks of back and forth they still couldn’t tell me what was wrong with my eye – they told me at one point that it could be herpes and gave me medication but that wasn’t working.

‘After that things went downhill – my light sensitivity was getting so bad that I couldn’t be outside or look at my phone and it would travel to my other eye so even using my good eye was hurting badly.

‘I started losing my sight in April last year and it was very rapid after that – it started as a blur in the corner of my eye and spread and within two weeks my sight was completely gone.’

It was only went she went to see a specialist who was able to diagnose her with acamthoeba – which Kyra had had for six weeks without any treatment.

Kyra was forced to leave her job and move in with her mum as she became blind, which forced her other eye to work much harder and become more sensitive to light.

During this time, doctors put her on an intense course of medication including antibiotics, antivirals, anti-fungals, steroids and eye drops to combat the infection.

A year later, in April this year, doctors believed they had successfully killed the parasite and so Kyra underwent a cornea transplant in an attempt to restore her vision.

But they quickly realised that the parasite was in fact still active and had infected the new cornea, causing it to reject and taking Kyra back to square one on a second round of medication.

Now Kyra hopes to undergo a second cornea transplant to restore her vision once she overcomes the infection.

Kyra said: ‘As soon as I got on the medication things just got worse for me – I was completely crippled and stuck inside my house for months and months.

‘I couldn’t watch tv, I couldn’t hardly sleep, I couldn’t use my phone and I had to completely black out the windows in my apartment.

‘The only time I left the house during that time was to go see the eye doctor once a week.’

Kyra hopes to regain her eyesight with a second cornea transplant in the future and return to wearing contacts but vows to switch to daily lenses to reduce the risk of developing an infection in her eyes again.

Kyra also vows to never rinse her contact lens case in tap water again and urges others to be careful to avoid exposing their lenses to harmful bacteria as well.

Do you have a story you want to share?