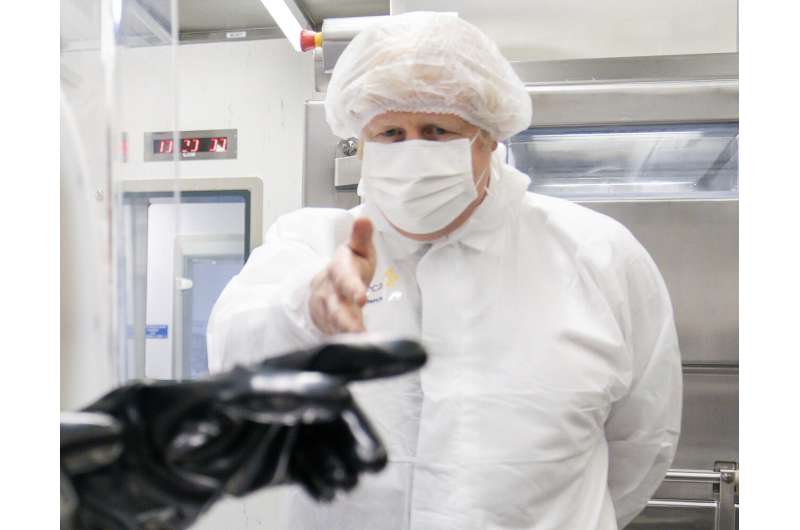 A top official at the European Medicines Agency says there is a causal link between AstraZeneca’s coronavirus vaccine and rare blood clots, but that it’s unclear what the connection is and the benefits of taking the shot still outweigh the risks of getting COVID-19.

Marco Cavaleri, head of health threats and vaccine strategy at the Amsterdam-based agency, told Rome’s Il Messaggero newspaper on Tuesday that the European Union’s medicines regulator is preparing to make a more definitive statement on the topic this week.

Asked about Cavaleri’s comments, the EMA press office said its evaluation “has not yet reached a conclusion and the review is currently ongoing.” It said it planned a press conference as soon as the review is finalized, possibly Wednesday or Thursday.

“It is becoming more and more difficult to affirm that there isn’t a cause-and-effect relationship between AstraZeneca vaccines and the very rare cases of blood clots associated with a low level of platelets,” Cavaleri was quoted as saying.

Last week, Dr. Peter Arlett of the EMA said the agency was seeing “more cases of (brain clots) than we would expect to see,” particularly in younger women, and that they were continuing to investigate. 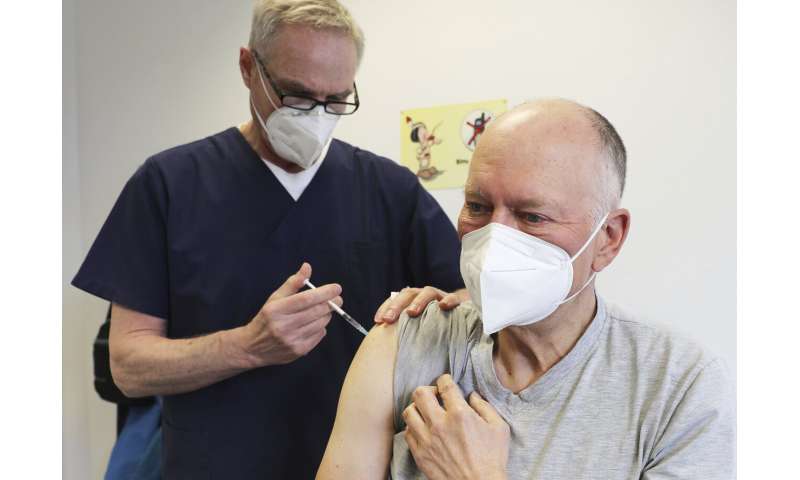 AstraZeneca did not immediately respond to a request for comment.

In Geneva, the World Health Organization said its experts were also evaluating a possible link between the AstraZeneca vaccine and rare blood clots—and that it might have a “fresh, conclusive assessment” before Thursday.

In March, more than a dozen countries, including Germany, suspended their use of AstraZeneca over the blood clot issue. Most EU nations restarted on March 19—some with age restrictions—after the EMA said the benefits of the vaccine outweighed the risks of not inoculating people against COVID-19. At the time, the EMA recommended the vaccine’s leaflet be updated with information about the rare clots.

Any further doubts about the AstraZeneca vaccine would be a setback for the shot, which is critical to Europe’s immunization campaign and a linchpin in the global strategy to get vaccines to poorer countries. The AstraZeneca vaccine is cheaper and easier to use than rival vaccines from Pfizer and Moderna and has been endorsed for use in over 50 countries and groups, including by the 27-nation EU and the World Health Organization. U.S. authorities are still in the process of evaluating the vaccine. 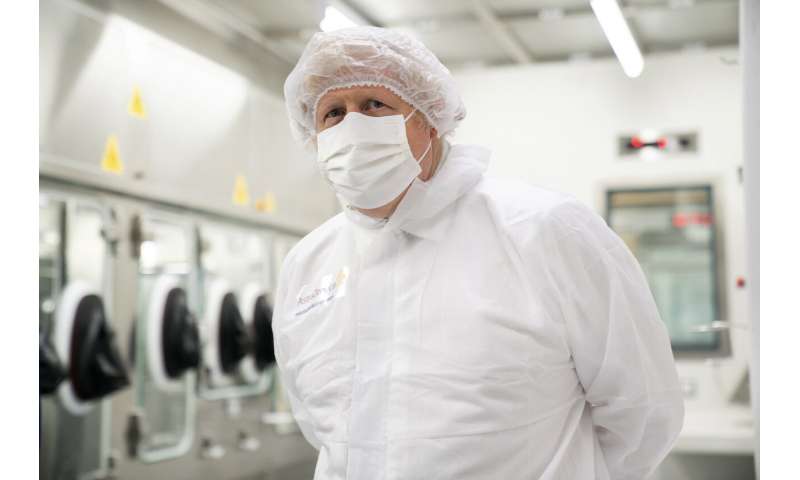 Cavaleri said while EMA was prepared to declare a link, further study was still needed to understand why and how the phenomenon occurs.

He said the rare blood clots, including some in the brain, coupled with a low level of blood platelets that may make people at risk of serious bleeding, “seem to be the key event to study further.” Cavaleri promised more details soon, adding: “In the coming hours, we will say that the link is there, how this happens we still haven’t figured out.”

Cavaleri said the biological mechanism for how the vaccine might be causing the rare clots was still unknown and if it was linked to how the shot is made, other vaccines with similar technologies might also need to be evaluated.

He stressed the risk-benefit analysis remained positive for the AstraZeneca jab, even for young women who appear to be more affected by the clots. 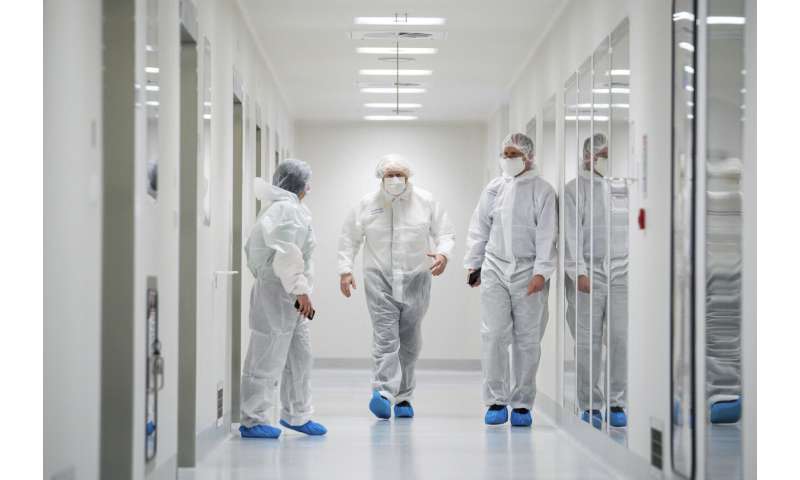 “Let’s not forget that young women also end up in intensive care with COVID. So we need to do very meticulous work to understand if the risk-benefit analysis remains for all ages,” he was quoted as saying.

He said the EMA was in a difficult situation, given the different virus outbreaks in the EU’s 27 nations.

“Certainly, many people would like EMA to resolve the question for everyone, but it’s not that easy,” he said. “In Italy there are still around 500 people dying a day, in Norway nearly no one. These factors justify a different approach.”

He ruled out a preventive therapy to address the rare blood clots, saying there is still too much unknown about the phenomenon.

Even after the March 19 restart, the Dutch and German governments suspended the jabs for people under 60 and some Europeans have been shying away from the shot. 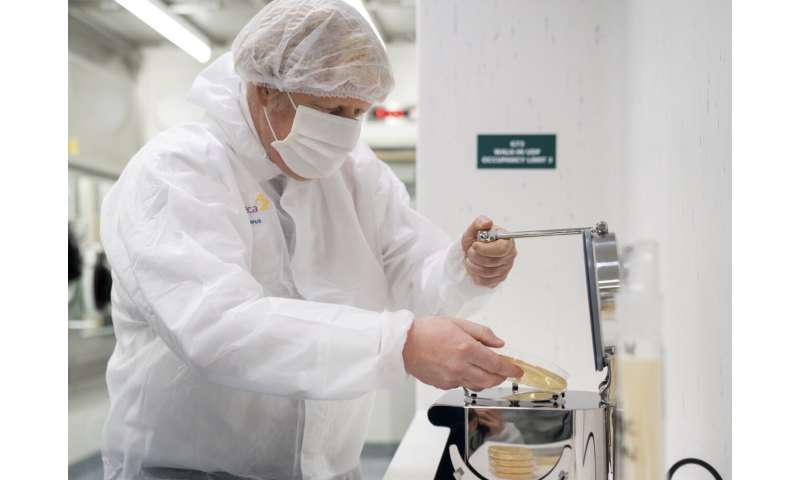 “It is a high percentage, a third of people scheduled who did not show up,” Gheorghita told reporters.

British Prime Minister Boris Johnson declined to be drawn directly into the latest warnings about the vaccine, which was developed at Oxford University, but urged people to look at the advice from Britain’s independent Medicines and Healthcare Regulatory Agency.

“Their advice to people is to keep going out there, get your jab, get your second jab,” he said during a visit Tuesday to an AstraZeneca facility in Macclesfield, in northwest England.

Last week, Britain’s MHRA said seven people had died in the U.K. due to blood clots after getting the AstraZeneca jab. It said it wasn’t clear if the shots are causing the clot and that it was undertaking a “rigorous review” into the reports. The agency said it had identified 30 blood clot cases out of 18.1 million AstraZeneca jabs given by March 24. 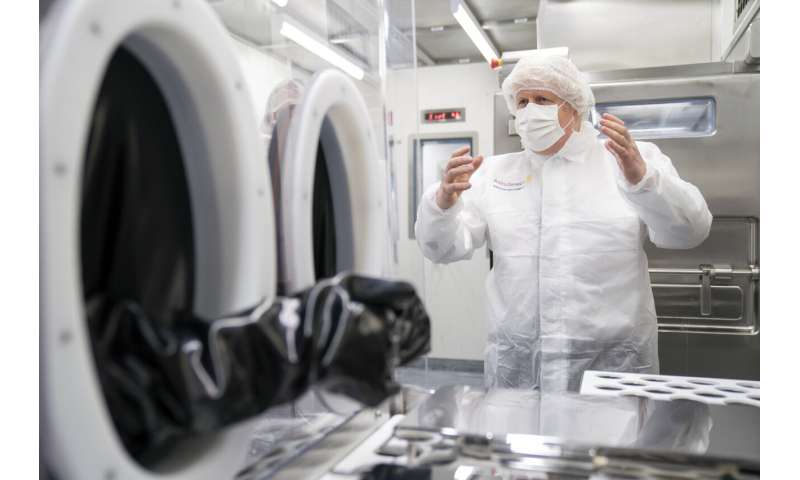 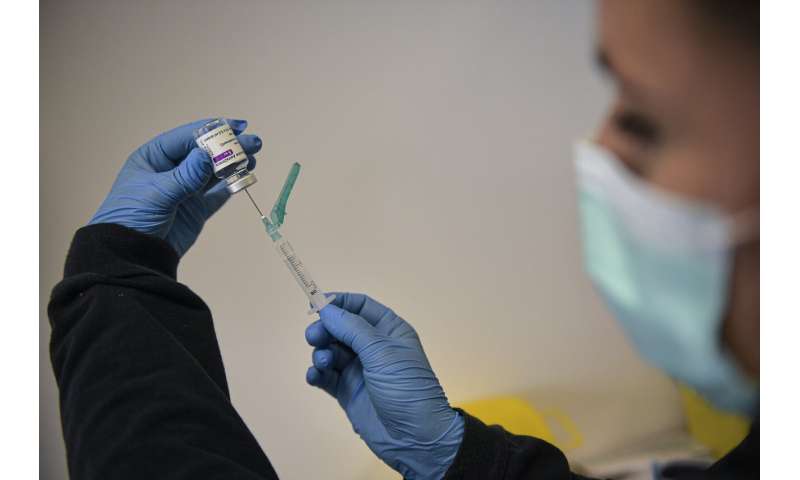 Adam Finn, a professor of pediatrics at the University of Bristol, said the latest surge of COVID-19 cases that is filling up hospitals across Europe should prompt people to get vaccinated as soon as possible.