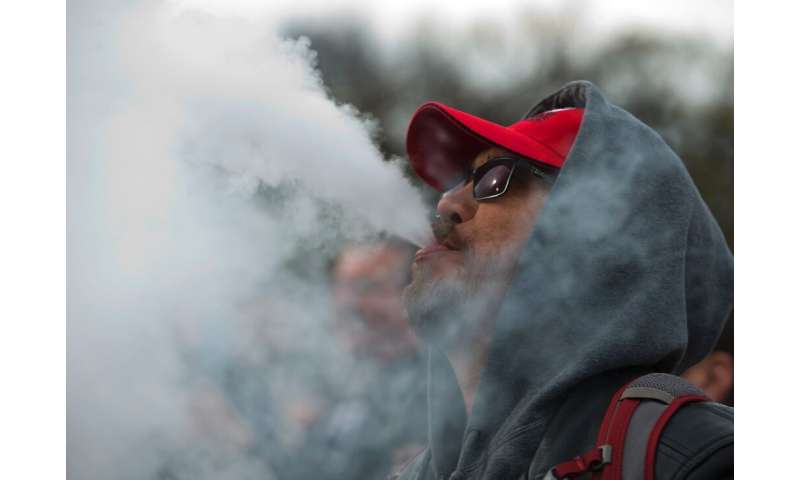 Electronic cigarettes are harmful both to users and bystanders exposed to the fumes, the World Health Organization says in a report warning they can damage growing foetuses and impact teenagers’ brains.

So-called electronic nicotine delivery systems, or ENDS, have been pushed by producers as well as some governments as a safer alternative to smoking, and as a path to kicking the habit.

But in a strongly-worded series of questions and answers about such e-cigarettes, the UN health agency said there was not enough evidence to say they help smokers quit, but that there was clear evidence they are dangerous.

“There is no doubt that they are harmful to health and are not safe,” WHO said in one answer, stressing though that “it is too early to provide a clear answer on the long-term impact of using them or being exposed to them.”

The battery-powered devices that enable users to inhale addictive nicotine liquids and exhale vapor “are particularly risky when used by adolescents,” WHO said, strengthening initial warnings it made in 2019.

“Nicotine is highly addictive and young people’s brains develop up to their mid-twenties,” it said in a document published Tuesday, stressing that “exposure to nicotine can have long-lasting, damaging effects.”

This is of high concern amid skyrocketing popularity of vaping among young people in many countries.

At the same time, there is little indication that using e-cigarettes is keeping teens away from more harmful products, with the WHO pointing out that those using ENDS are more likely to smoke conventional cigarettes.

And it said that “for pregnant women, ENDS pose significant risks as they can damage the growing foetus.”

Amid growing fears over serious health consequences linked to e-cigarette use, WHO warned that so-called vaping increases the risk of heart disease and lung disorders.

The illness was later linked to a substance called vitamin E acetate, which is used as a thickening agent for vaping products containing the main psychoactive substance of cannabis—THC—that are often sold on the black market.

At least five other countries have initiated investigations to identify cases of lung injuries related to e-cigarette use, WHO said.

The UN health agency also said second-hand exposure to e-cigarette fumes was harmful, pointing out that the aerosols “typically contain toxic substances, including glycol which is used to make antifreeze.”

“ENDS pose risks to users and non-users,” it said, demanding tight regulation of the products, including bans on marketing to young people and on use in indoor workplaces and public spaces.

The WHO document drew ire from some experts, with Peter Hajek, the head of the Tobacco Dependence Research Unit at Queen Mary University of London, accusing it of “anti-vaping activism”.