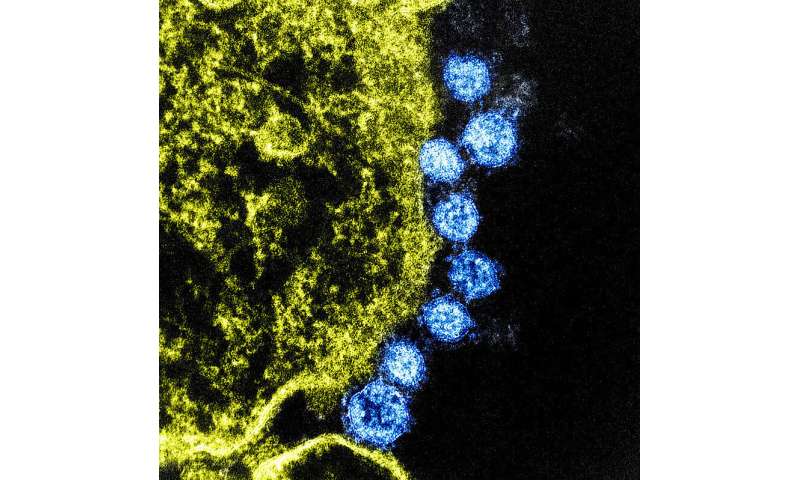 The new cluster of viral pneumonia cases originating in Wuhan, China, marks the third time in 20 years that a member of the large family of coronaviruses (CoVs) has jumped from animals to humans and sparked an outbreak. In a new JAMA Viewpoint essay, Anthony S. Fauci, M.D., director of the NIH’s National Institute of Allergy and Infectious Diseases (NIAID), looks back at two earlier novel CoV outbreaks that initially caused global havoc and describes steps needed to contain the current one.

Dr. Fauci and his co-authors, Hilary D. Marston, M.D., M.P.H., of NIAID, and Catharine I. Paules, M.D., of Penn State University College of Medicine, note that human CoVs historically have been regarded as relatively benign causes of the common cold. In 2002, however, a novel, highly pathogenic CoV emerged in China that caused 8,098 recorded cases of severe acute respiratory syndrome (SARS), including 774 deaths, and cost the global economy billions of dollars. Classic public health measures brought the outbreak to an end.

Another CoV jumped from animals to humans in 2012 to cause of Middle East respiratory syndrome (MERS). Unlike SARS-CoV, which has not caused additional human cases since being eliminated within several months of the initial outbreak, MERS-CoV continues to smolder due to sporadic transmission from camels—the virus’s intermediate host—to people, and limited chains of person-to-person transmission.

The latest CoV to emerge is the 2019 novel coronavirus (2019-nCoV), recognized by Chinese authorities in Wuhan on December 31, 2019. It has spread beyond Wuhan to other Chinese cities and to multiple countries, including at least one confirmed case in the United States. The Viewpoint authors write, “While the trajectory of this outbreak is impossible to predict, effective response requires prompt action from the standpoint of classic public health strategies to the timely development and implementation of effective countermeasures.”

Current studies at NIAID-funded institutions and by scientists in NIAID laboratories include efforts that build on previous work on SARS- and MERS-CoVs. For example, researchers are developing diagnostic tests to rapidly detect 2019-nCoV infection and exploring the use of broad-spectrum anti-viral drugs to treat 2019-nCoVs, the authors note. NIAID researchers also are adapting approaches used with investigational SARS and MERS vaccines to jumpstart candidate vaccine development for 2019-nCoV. Advances in technology since the SARS outbreak have greatly compressed the vaccine development timeline, the authors write. They indicate that a candidate vaccine for 2019-nCoV could be ready for early-stage human testing in as little as three months as compared to 20 months for early-stage development of an investigational SARS vaccine.