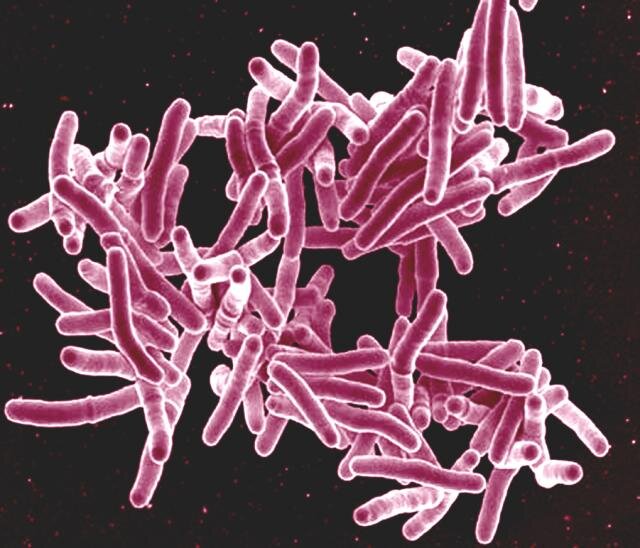 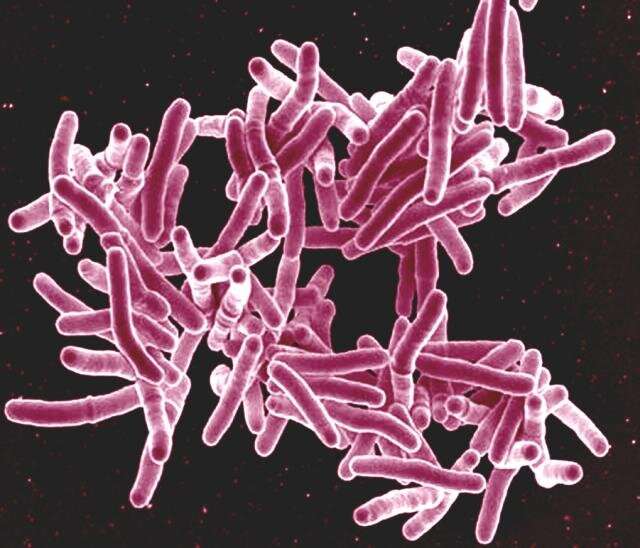 Two new studies have cast unprecedented light on disease processes in tuberculosis, identifying key genetic changes that cause damage in the lungs and a drug treatment that could speed up recovery.

Tuberculosis (TB) is a lung infection that has killed more humans than any other, and until last year was the top infectious killer around the world. Globally, an estimated 10 million people develop the disease each year.

The findings are reported in two papers in the Journal of Clinical Investigation.

In the first study, a team from the University of Southampton used a new 3D culture system they have developed to observe the changes that occur in cells infected with TB. Unlike the laboratory-standard 2D culture system, where cells are placed in a flat plastic dish, the 3D system uses an engineering technique to suspend them in droplets—like frogspawn. The team found that the TB-infected cells in droplets responded very closely to cells in the lungs of patients with the disease.

This observation has widespread implications for further studies into infectious diseases, including COVID-19.

A second team from the University of Southampton then carried out complex sequencing techniques on the cells to identify the events through which TB causes excessive inflammation and damage to the lung.

Human genome sequencing methods generate information on tens of thousands of changes in genes from each sample, making it difficult to work out which changes are important and which are from chance. The Southampton Systems Immunology Group combined different mathematical approaches, such as clustering algorithms, to whittle this down to seven genes that seem to underpin the lung destruction that occurs in TB.

Dr. Michaela Reichmann of the University of Southampton, who conducted the study, said, “The integration of modern sequencing techniques with clinical samples is permitting unprecedented insight into disease mechanisms, while our 3D cell culture system then lets us replicate conditions in patients and identify new treatment approaches.”

In the second study, a clinical trial led by Dr. Catherine Ong of the National University of Singapore studied the use of a common antibiotic, doxycycline, to reverse these changes. The phase 2 double blind trial in 30 patients showed that doxycycline, in combination with TB drug treatment, reduces the size of lung cavities and accelerates markers of lung recovery towards health. These bioinformatics analyses were performed by the Systems Immunology Group in Southampton.

The treatment was found to be safe, with similar side effects to those experienced by patients on placebo pills. The study shows promise in delivering a new standard-of-care that can potentially prevent long term complications.

Dr. Ong said “Pulmonary TB patients tend to suffer from lung damage after TB, which is associated with mortality, and poorer quality of life. Doxycycline is a cheap and widely available antibiotic that can decrease lung damage, and potentially improve quality of life for these patients.”

The team now are seeking funds for a fully-powered larger scale phase 3 trial to verify these findings.

The international team are also aiming to translate these new insights into approaches that may shorten treatment from the current minimum of six months and improve treatment of drug resistant disease, which is progressively increasing.