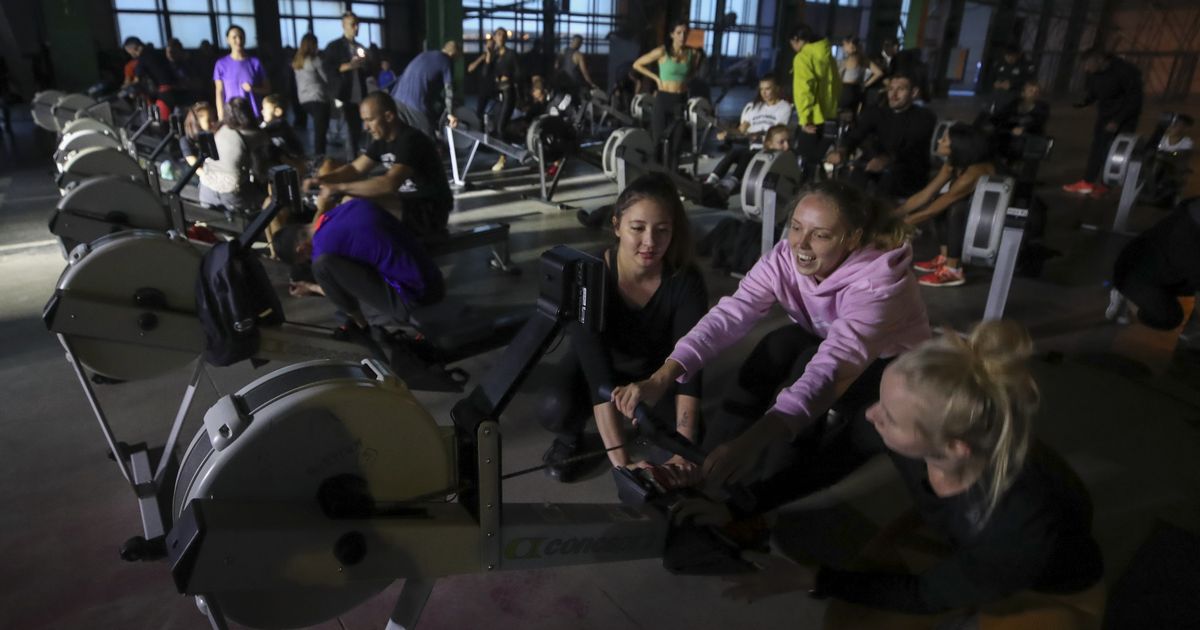 Nearly half of adults who exercise (45 percent) really go to the gym to socialise with friends – as they find working out incredibly boring.

Research into 2,000 adults found four in ten work out every couple of days, but admit that 50 percent of the time it’s hard graft.

But 84 percent of those polled would exercise a lot more, if it were less dull – with running, cycling and weightlifting were voted as being some of the most tedious exercises of all.

Half will use keeping fit as an excuse to meet up with a mate, with the same amount finding it difficult to push themselves in a solo session.

Having a friend present means they are likely to work harder at getting fit (38 percent) and feel more motivated to leave the house with someone else in tow.

A spokeswoman from Zumba, which commissioned the research, said: “Many people are clearly looking for ways to keep fit in an enjoyable way.

“And even if you do enjoy exercise, sometimes it can be a hard slog, particularly if you’re having to find the motivation to do it alone.

“We’ve found it interesting within the research to see how people find it more inspiring to go through the same experience with someone else.”

To try and make things more enjoyable, Brits have been trying new ways of working out, listening to music and participating in sports more frequently, in the hope they’ll start to like them.

However, those who do enjoy exercise say it makes them feel good, they love to keep in shape and feel healthier as a result.

Of the exercising adults polled, nine in ten will work out at least weekly, with four in ten doing something every couple of days.

Six in ten of those surveyed, via OnePoll, also reckon it’s important to exercise with others if you’re to enjoy your workout.

Gaining more motivation, having some company to make it more entertaining and going through the same workout together were the reasons adults thought it was better to exercise together.

Music is also a motivator, according to 65 percent, who found it to have a positive impact during a session.

Zumba's spokeswoman added: “The research certainly does suggest there are some real benefits to shared experiences when it comes to a good workout.

“Often, it can feel less like a chore and more of a social experience – while still getting to push yourself and get some solid exercise.

“Exercises classes are a great example of getting the best of both worlds.

"You get a workout as well as spending time with other people – and in our case, it’s driven by music which helps to put a smile on people’s faces.”