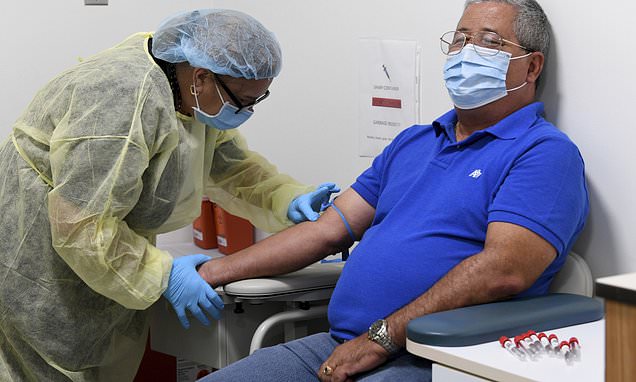 Even though healthcare workers are expected to be the first group to receive the coronavirus vaccine, some are wary about doing so.

A recent survey from the Centers for Disease Control and Prevention (CDC), conducted in September, found that nearly 40 percent are ‘not likely’ to get the jab once it is approved.

Shared at the meeting of its vaccine advisory committee on November 23, the poll found only 21 percent who said they were ‘absolutely certain’ to be immunized.

The remaining 42 percent said they were ‘very’ or ‘somewhat’ likely.

Doctors and nurses say they are concerned about the speed at which COVID-19 vaccines were researched and developed as well as possible meddling from political figures to get the inoculations out quickly. 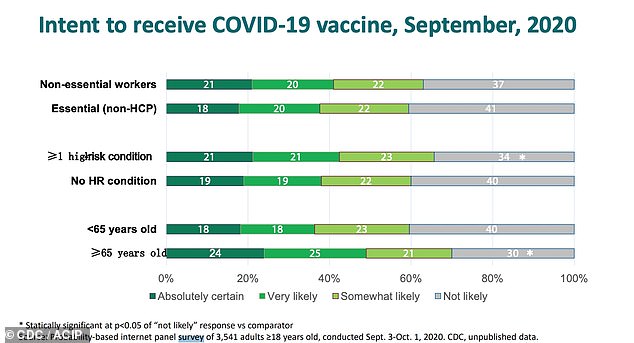 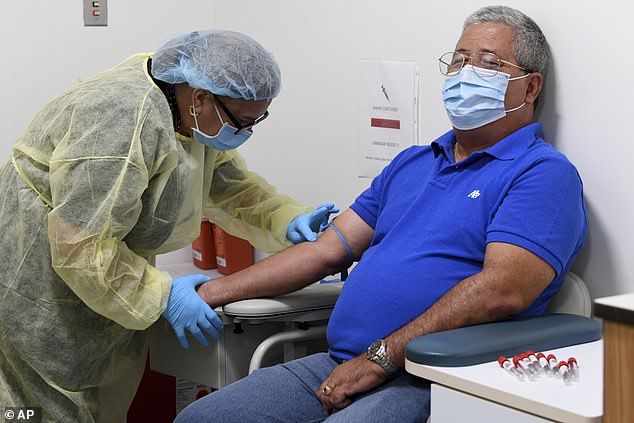 Doctors and nurses say they are very hesitant due to the speed at which the vaccines were developed. Pictured: University of Miami Miller School of Medicine phlebotomist Mayra Fernandez prepares to take a blood sample from Julio Li as part of Moderna’s coronavirus vaccine trial, September 2

‘For the ones of us who are asking questions, there’s just a lot of questions.’

Thompson said she generally gets vaccines, including the yearly flu shot, because they have been proven safe and effective.

However, she said she is uncertain about getting a COVID-19 jab because the typically years-long process took just 11 months to put together.

She is also skeptical about the messaging from the White House, such that of Lt Gen Paul A Ostrowski of Operation Warp Speed, the government’s plan to distribute the coronavirus vaccine.

On Monday, he told MSNBC that every American who wants a jab will have one by June 2021.

‘This whole thing has been politicized from day one, and there’s a salesmanship going into it.’

This is not the first poll that has found Americans are not likely to get the COVID-19 vaccine when it becomes available. 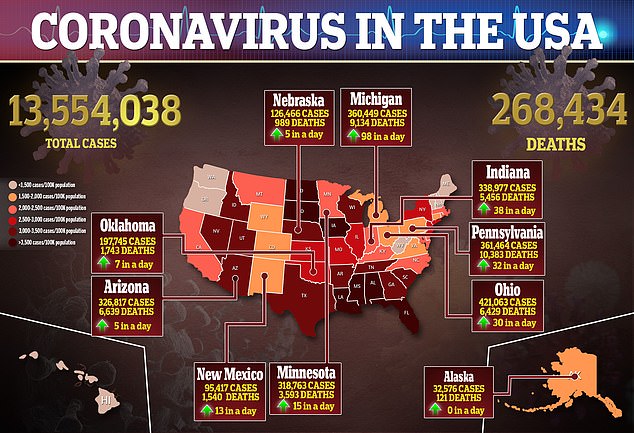 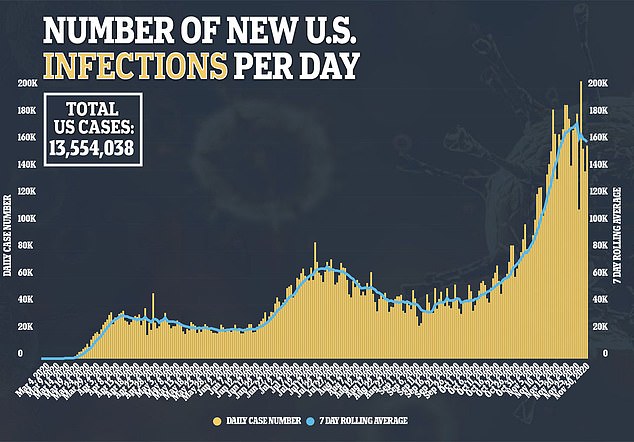 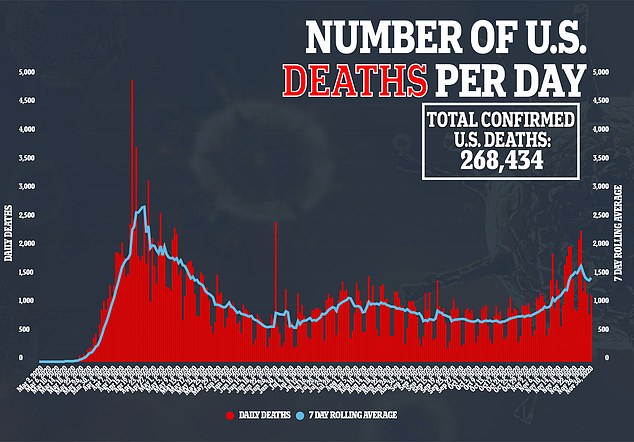 A recent survey, conducted by Axios-Ipsos, found that nearly six in 10 people do not want to receive the jab against COVID-19 as soon as it becomes available.

Additionally, a poll from the Kaiser Family Foundation found more than 50 percent said they would not get the jab even if it were free prior to the presidential election.

But many people didn’t think healthcare workers would need much convincing.

‘The speed is not because people were cutting corners, but because of the urgency and the number of people working together on it,’ he said.