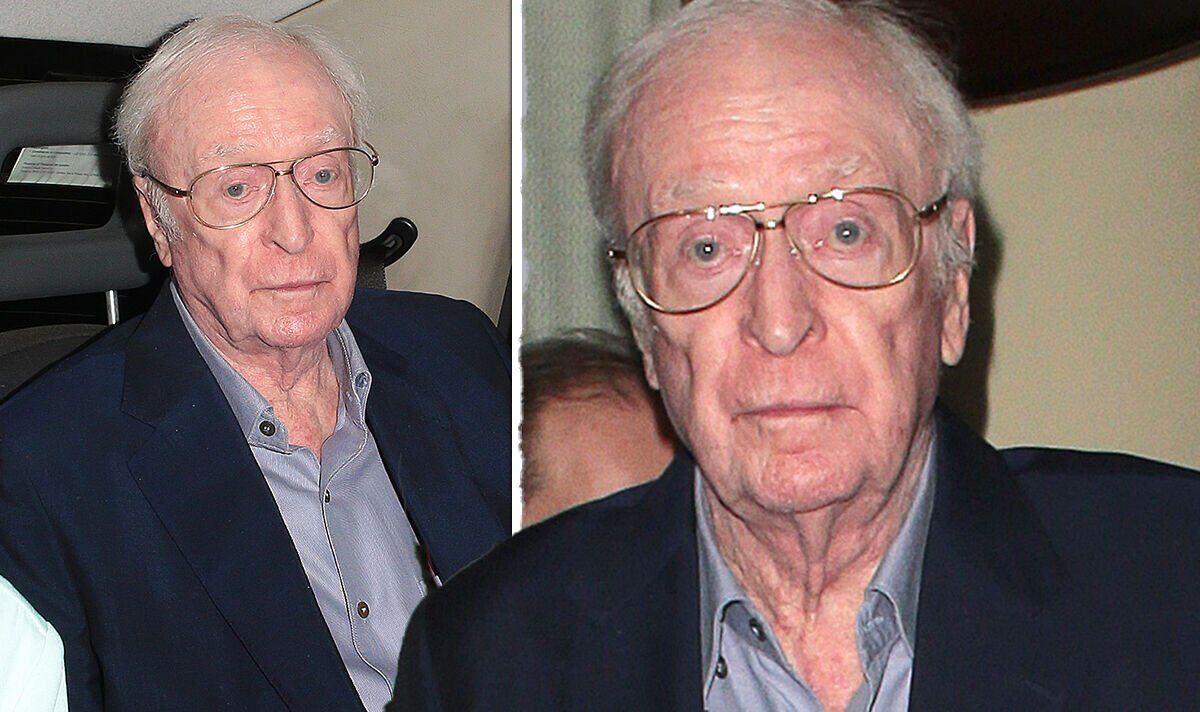 Dressed all in black and disguised with sunglasses and a cap at the time, Caine was helped into the back of a car, initially worrying fans with his frail appearance. But for the age of the star, health ailments are common. In a prior interview the star also confessed that he couldn’t “walk very well” blaming his “spine problem” which his devoted wife Shakira Baksh went on to explain was spinal stenosis.

Describing her husband as a “strong man” the actress and model went on to say: “He had a back operation quite recently,” before quickly reassuring that he was in “great” condition whilst recovering.

In fact she added: “He had spinal stenosis. The operation was fantastic. He’ll be up and dancing again soon.”

Despite the surgery, the Zulu actor remains in remarkable health for his age. In the past Caine has credited his specific yet “restrictive” diet for keeping him in good health.

In an interview the star explained that he tends to avoid sweet treats and any foods which contain salt, whilst also making sure that he walks at least two miles (3.2 kilometres) every day.

“I lived in California for 10 years, and have been working there for 50, so I am very Californian about diet,” he shared.

“I don’t eat sugar and salt and stuff like that. I walk about two miles a day and all the bread is gluten-free.”

His healthy attitude is something he also credits to his wife Shakira, who he said helped to save his life from a world of drinking and smoking.

“I was a bit of a p*** artist when I was younger, I used to drink a bottle of vodka a day and I was smoking too, several packs a day.”

For now, Caine’s health doesn’t seem to be a concern, even after major surgery and the countdown is now on for his 90th birthday in March 2023.

Spinal stenosis is described by the Mayo Clinic as the narrowing of the spaces within the spine. This can put immense pressure on the nerves that travel through the spine.

Some individuals are born with a naturally small spinal canal, but in most cases spinal stenosis occurs when something happens to narrow the open space within the spine. This could be down to the following:

The majority of individuals develop spinal stenosis over the age of 50, and when left untreated can cause further permanent complications such as:

When diagnosed cases of spinal stenosis are classified according to where on the spine the condition occurs. It is possible to have more than one type but the two main types include:

Due to the different types of stenosis, individuals can also experience slightly different symptoms. In some rare cases individuals will not feel any symptoms whatsoever.

However, when they do develop they tend to gradually worsen over time. Symptoms in the neck, associated with cervical stenosis include:

Whereas symptoms associated with lumbar stenosis include:

Fortunately, like in Caine’s case, most spinal stenosis can be treated with a combination of nonsurgical treatments such as physical therapy, pain medication and in some cases epidural injections.

It is when severe pain or neurological deficits continue to worsen despite nonsurgical treatments, that surgery may be considered.

Spinal surgery aims to improve symptoms such as persistent pain and numbness in the legs and neck caused by pressure on the nerves in the spine. One common procedure targeted to treat lumbar spinal stenosis in particular is known as a laminectomy and involves a section of bone being removed from one of the vertebrae (spinal bones) to relieve pressure on the affected nerve.