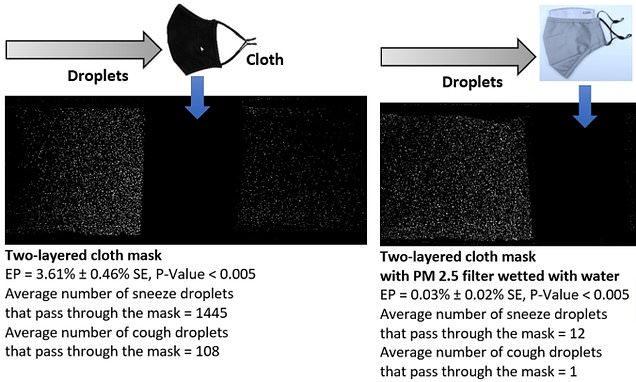 Cloth masks are NOT enough to stop the spread of COVID-19 without social distancing because they let in enough droplets to infect someone standing less than six feet away, study finds

Wearing a cloth mask is not enough to prevent the spread of the coronavirus without practicing social distancing, a new study suggests.

Every material greatly reduced the number of droplets that were spread.

However, the team found that the cloth masks let enough sneeze droplets through so, if standing less that six feet apart, a user could breathe enough of them in to potentially fall ill with COVID-19. 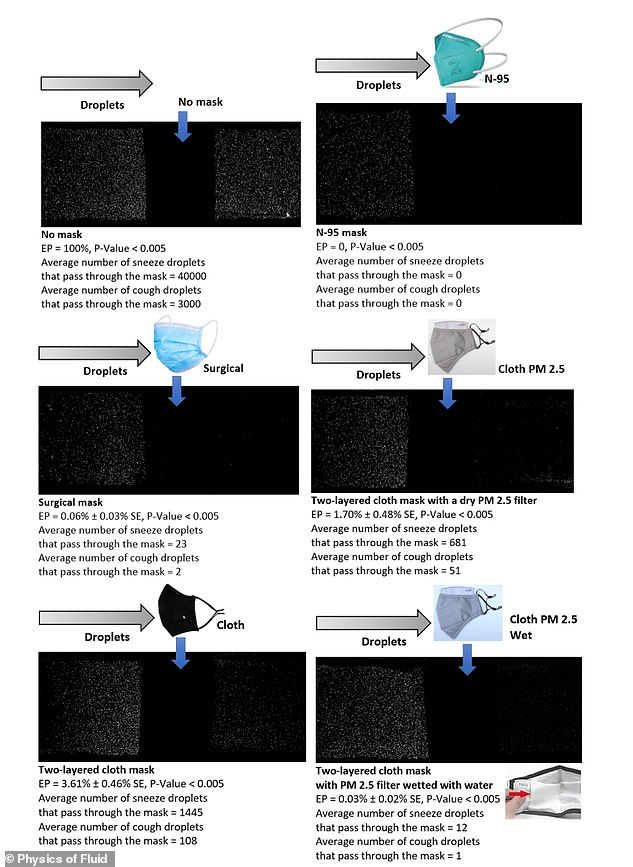 ‘A mask definitely helps, but if the people are very close to each other, there is still a chance of spreading or contracting the virus,’ said co-author Dr Krishna Kota, an associate professor in the department of mechanical and aerospace engineering at New Mexico State University.

‘It’s not just masks that will help. It’s both the masks and distancing.’

For the study, published in the journal Physics of Fluid, the team built a machine that mimics coughs and sneezes from humans.

It uses an air generator to blow tiny liquid droplets, like those that would escape from a nose or a mouth.

The machine was tested on five different types of masks: an N95 mask, s surgical mask, a cloth mask, a two-layer cloth mask and a wet two-later cloth mask.

The researchers say wetting a mask could help because the material’s fibers will expand, reducing the pore size accessible for droplets to get through.

Two glass square tubes were joined with a mask tightly fit between them and a camera lens to capture the number of droplets.

Each of the masks were able to block most of the droplets with the best-performing being the N95, which blocked 100 percent of droplets.

Meanwhile, the worst was the regular cloth mask, which only blocked 96.4 percent of the droplets from getting through.

However, at distances of less than six feet, letting in around three percent of droplets could be enough to make someone ill.

Studies have shown that the average infection threshold for COVID-19 is 1,000 virus particles, inhaled either all at once or on separate occasions.

In addition, a single sneeze has the potential to carry up to 200 million virus particles. 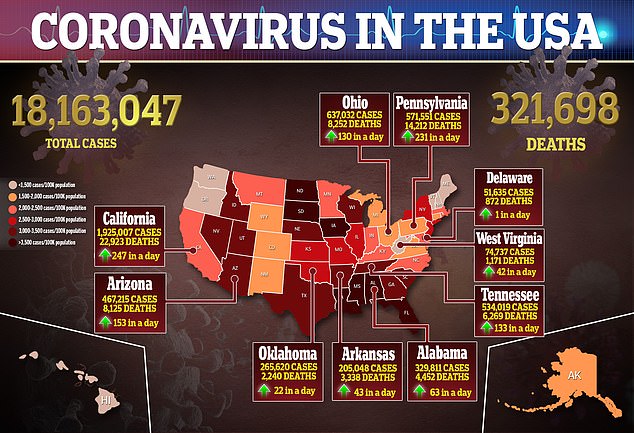 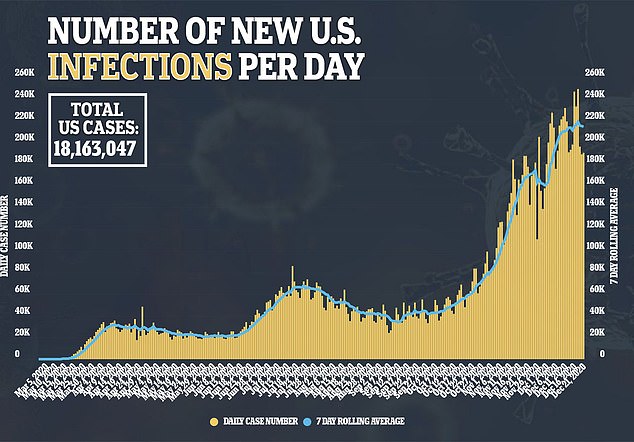 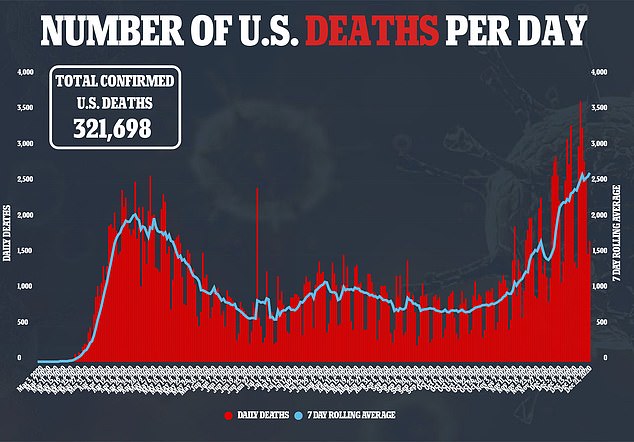 The cloth mask let through more than 1,000 sneeze droplets, each of which could have millions of virus particles.

The two-layered cloth mask with a PM2.5 filter let through more than 600 sneeze droplets.

This means that if someone wearing one of these masks is close to an infected individual, enough droplets could escape to make them contract COVID-19.

‘Without a face mask, it is almost certain that many foreign droplets will transfer to the susceptible person,’ Kota said.

‘Wearing a mask will offer substantial, but not complete, protection to a susceptible person by decreasing the number of foreign airborne sneeze and cough droplets that would otherwise enter the person without the mask.

‘Consideration must be given to minimize or avoid close face-to-face or frontal human interactions, if possible.’