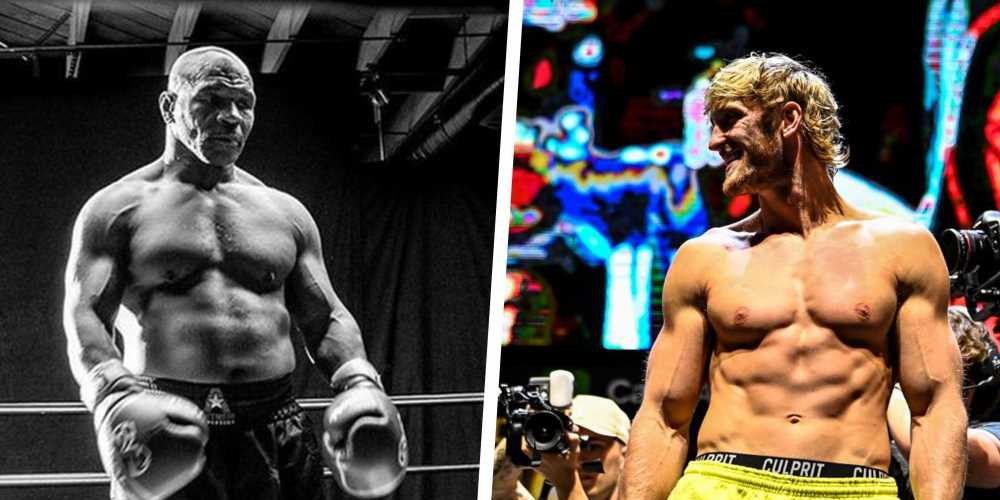 Having gone toe-to-toe with 5ft8, 155lbs Floyd Mayweather, YouTuber-turned-boxer Logan Paul has set his sights on a new opponent: the one-time ‘most dangerous man on the planet’, Iron Mike Tyson.

Speaking on his podcast, Impaulsive, Paul said that having—impressively, we might add— gone the distance with Mayweather, he wouldn’t be afraid of squaring up against the former undisputed heavyweight champion of the world, Tyson.

“Someone mentioned Mike Tyson, like how funny is it? One great at a time. Or is it like you can only fight one? My lawyer mentioned it and he was like, ‘No, Tyson will rip your head off, you don’t stand a chance’,” said Paul.

“I’m like ‘bro, I literally just went through all of this, you can’t tell me I can’t beat Mike Tyson. Bro, he’s old, old.” Like Paul, Tyson was recently in action, having made a long-awaited return to the ring to fight Roy Jones Jr in November of last year.

That fight ended in a draw, but speaking after his return, he claimed he was ready for his next fight.

If that is to be against Paul, it seems like there is already some mutual respect between the two. Having initially predicted Mayweather would knock Paul out in their bout, Tyson admitted after the fight how wrong he was and sent a message of congratulations to his would-be next opponent.

“You kicked his ass. You’re bad, I was wrong,” Tyson told Paul on FaceTime. “I’m proud of you, you kicked ass, I’m proud of you. Everybody’s talking about you, you’re the man.

“You went eight rounds with the greatest of all time, I was telling people they don’t want to try that shit. You got him with those punches.”