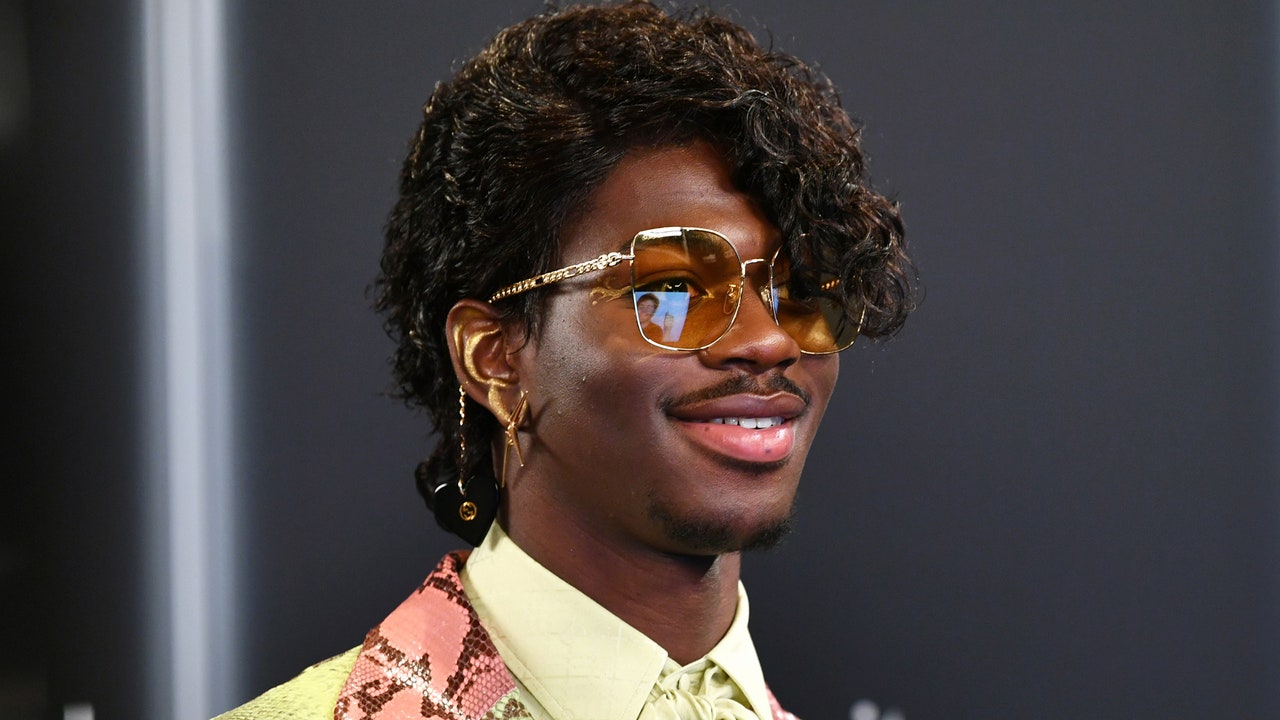 Fans of the legendary late musician Prince know that he wasn't exactly thrilled about being likened to other artists — but Lil Nas X's new haircut is worthy of the comparison. At the Billboard Music Awards on October 14, the 21-year-old rapper debuted curly bangs, parted deeply and swept to the side. He paired the new hair with massive square sunglasses with tinted brown lenses, dangly earrings, and one of his boldest outfit choices yet: a pastel green and pink snakeskin suit. Even for someone with a taste for the dramatic like Lil Nas X, it was a capital-L Look.

He gave his Instagram followers a closer peek at the new cut with a photo slideshow, appropriately captioned: "NOT THE BAYANNNNGGG." People in the comment section scrambled to tell him just how much he looks like Prince with the new bangs, suit, and 1970's-inspired accessories.

"Prince type beat," one commenter writes about the look. Another says, "How Prince of you." Another posted some of the lyrics to the chorus of “Purple Rain” without context. One commenter simply left two white dove emojis, which I can only assume is a pointed reference to Prince's hit song "When Doves Cry."

Even diehard Prince fans (like me, for instance) can't argue with that comparison. At multiple points in his music career, Prince had basically this exact same haircut — that is, when he wasn't wearing a 'fro, perm, or letting his natural curls flow wildly à la the Purple Rain era. And though it looked amazing on Prince (as everything did), Lil Nas X wears it just as well.