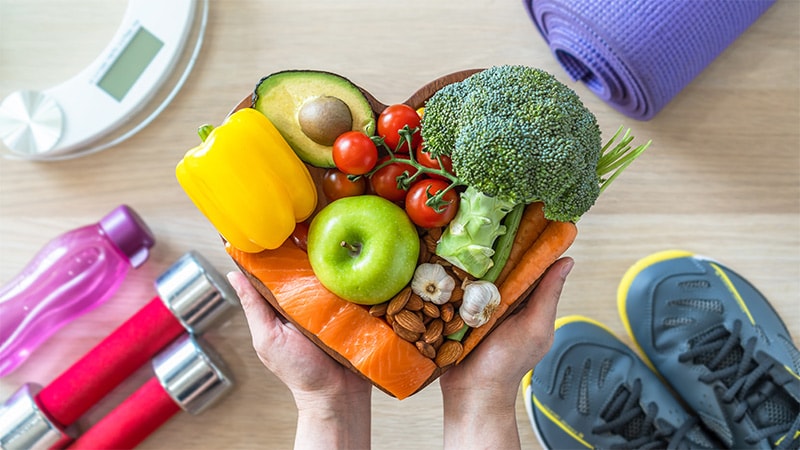 A study published in the Spanish Journal of Cardiology shows that lifestyle habits are closely related to cardiovascular mortality in menopausal women.

For research titled “Life habits and cardiovascular mortality in menopausal women: population-based cohort study,” investigators used data from the 2011 Spanish National Health Survey. Women over 50 years of age were included, and the characteristics that best defined their life habits were collected, as well as their health status and self-reported medical history, such as chronic diseases at the time of the survey. The mortality of the women in the study was followed from 2011 to 2017. During that time, 4% of the women died of cardiovascular causes. Another of the study’s purposes was to build an easy-to-apply risk scale with the data.

“The screening criteria were women over 50 years of age, because from this age, we can speak of postmenopause, since most have already reached menopause. There are other women who have had surgical menopause or for other reasons that are not reflected in the study,” Vicente Bertomeu-González, PhD, from the Department of Clinical Medicine at the Miguel Hernández University of Elche, Alicante, Elche, Spain, and one of the authors of the study, explained to Univadis Spain.

“Specifically, the women represented are ages between 50 and 103 years, of whom 42% had high blood pressure, 34% hypercholesterolemia, and 14% diabetes.” Regarding the sociodemographic variables studied, age is the only variable associated with differences in the risk of death. “For each year that a woman is aging, the risk of cardiovascular mortality increases by 14%,” explained the researchers.

The results of the study have allowed the creation of a specific risk scale that is easy to use and directly applicable to postmenopausal women with a high predictive capacity for the risk of death. The sum of the points of each one of the predictive factors (age, smoking habit, hours of sleep, physical activity, consumption of vegetables, diabetes, and hospital admission in the past year), reflects the probability of cardiovascular mortality at 6 years. With a score of six or more points on that risk scale, the chances of cardiovascular death exceed 5%, rising very sharply from seven points on.

“It was previously known that menopausal women were predisposed to cardiovascular disease. We wanted to confirm these data in Spain, and we have confirmed it, in addition to defining the elements that most influence mortality in these women,” explained Bertomeu-González. “The population represented will surely have similarities with neighboring countries. In others, with sociocultural differences or race, they will possibly not be extrapolated. In the study, we cross data on overall mortality and mortality from cardiovascular problems with the intention of generating predictive models to assess the particularities of women.”

There is a misconception that heart disease primarily affects men, which means that female-specific risk factors have been largely ignored. “A worrying aspect is that there is also inequality by sex, given that their clinical presentation is different, diagnosis is often delayed, and, therefore, so is treatment of the female population. As a result, women may have a worse prognosis than men,” the researcher emphasized.

Classic heart attack symptoms include squeezing pain in the center of the chest or epigastric (stomach) area, which may radiate to the left arm, both arms, neck, jaw, or back; sweating, nausea, and shortness of breath. However, there are substantial differences between men and women in relation to the perception and description of symptoms. Women have very varied symptoms that make the diagnosis of heart attack more difficult. The most common symptoms are unusual fatigue, shortness of breath, cold sweat, or epigastric pain. The days before they may suffer from insomnia, anxiety, or weakness. On the other hand, typical chest pain in women is less specific and a higher percentage show non-obstructive coronary disease, according to the Spanish Heart Foundation.

The prognosis of a myocardial infarction is worse in women than in men. A higher percentage die before reaching a hospital (52% vs 42% in men), and the prognosis is also worse after hospitalization. Some studies have also identified this negative bias, because women tend to sustain a heart attack at an older age than men. Women tend to develop coronary heart disease approximately 10 years later than men.

The study has made it possible to observe that factors such as a sedentary lifestyle, poor diet, smoking, and sleep deficit carry a higher risk of death in women due to cardiovascular problems. For Bertomeu-González, “the conclusions of the study would be that in addition to the greater vulnerability that we all have with age, physical activity is very important. Women who work sitting down and engage in little physical activity in their daily lives are more likely to die than those who have a job that involves physical activity. Then there would be smoking and of course the diet that should include the usual consumption of vegetables. The latter is surprising because of its great influence. That a woman throughout the week does not eat a serving of fresh vegetables seems strange to us, but there are those that do not. And it is possibly associated with other unfavorable health habits such as excessive consumption of proteins and carbohydrates. A lack of vegetables would not fit into any definition of a healthy diet.”

Phytoestrogens, diphenolic compounds abundant in fruits and vegetables, have been shown to counteract the antiestrogenic effects of postmenopausal women, so they could be especially beneficial in a population such as the one being studied.

“We must add hours of sleep to the previous factors. All of them have as much weight or more than chronic diseases or classic cardiovascular risk factors. The association of excess or deficit of hours of daily sleep with cardiovascular disease has been described in other studies, but it has never been focused on a population of postmenopausal women. Although the causes of this association are not clear, there are indications that genetic predisposition, coexistence with risk factors such as dyslipidemia, and little physical exercise may justify the increase in cardiovascular risk,” the study explains.

“We have always known about the hormonal protection that women have due to estrogen,” said Bertomeu-González. Just as androgens induce atherosclerosis and aging of the arteries, estrogens are known to protect arteries from aging. This protection is very evident in young women, so cardiovascular problems are much lower than in young men. But these differences disappear with menopause. After menopause, cholesterol levels and blood pressure tend to change and the risk of coronary heart disease increases. However, hormone replacement therapy has not been shown to be cardioprotective in menopause. Therefore, an active life and a healthy and balanced diet that help prevent the onset of diabetes, [becoming] overweight, and [developing] high blood pressure, as well as regular blood pressure and cholesterol tests, are essential to avoid the disease.”

This article was translated from Univadis Spain.