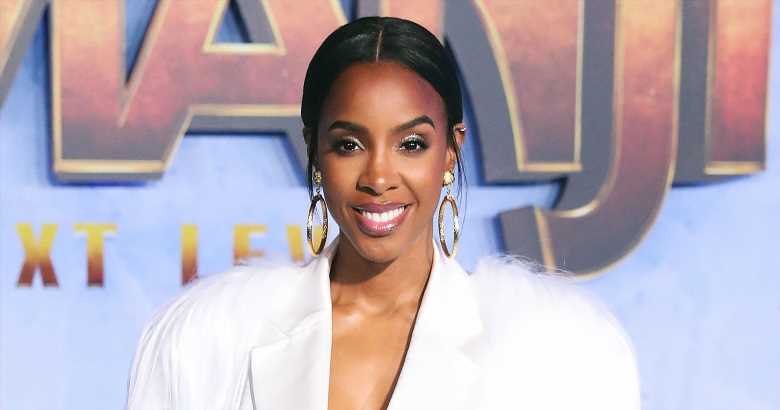 “I am feeling so happy. My two sons,” the former Destiny’s Child member, 40, exclusively told Us Weekly on Thursday, February 11, of Titan, 6, and Noah, 1 week. “I still find it so incredulous that I have been so blessed.”

The singer announced her second son’s birth last month, writing via Instagram: “On the 21st day, of the 21st year, of the 21st Century, Noah Jon Weatherspoon greeted us! We are truly grateful.”

I’m Over 40 — and Pregnant! See Which Stars Welcomed Babies Later in Life

The reveal came three months after Rowland announced her pregnancy, debuting her baby bump on the cover of Women’s Health. “I’m knocking at 40’s door in February,” the Georgia native told the magazine in October 2020, noting that she was thankful to be “able to have a child” at her age. “Taking care of myself means a lot to me.”

Rowland “worked right through [her] pregnancy” designing her first JustFab collection, she told Us on Thursday. “This is something so new for me, but it feels right. I know for sure my creativity was heightened during my pregnancy, and I cannot wait for everyone to see the collection.”

The songwriter added that she is excited to share the new music she’s been working on with an EP releasing on Friday, February 19. “It’s all been a blessing,” she told Us.

While the Voice Australia coach’s creative juices were flowing amid her pregnancy, she also embraced her “sexiness” while expecting baby No. 2. “The first [time], I felt so maternal,” she exclusively told Us in October 2020. “[During] this one, I don’t know, something happened. I kind of feel like there’s a sexiness added to it. I remember talking to a friend of mine, and she’s like, ‘Oh, my God, I really think you should rock this.’”

The former X Factor UK judge added that Beyoncé “really inspired” her to amp up her maternity style despite only being “in the house” during the coronavirus pandemic.

Although she does experience “very real” mom guilt working and raising kids, Rowland exclusively told Us in 2017 that she’s modeling responsibility for her family.

“I do want Titan to be responsible and I do want him to see me working so that he will eventually want to get a job and want to have something that he’s just as passionate about as well,” the Grammy winner explained at the time.